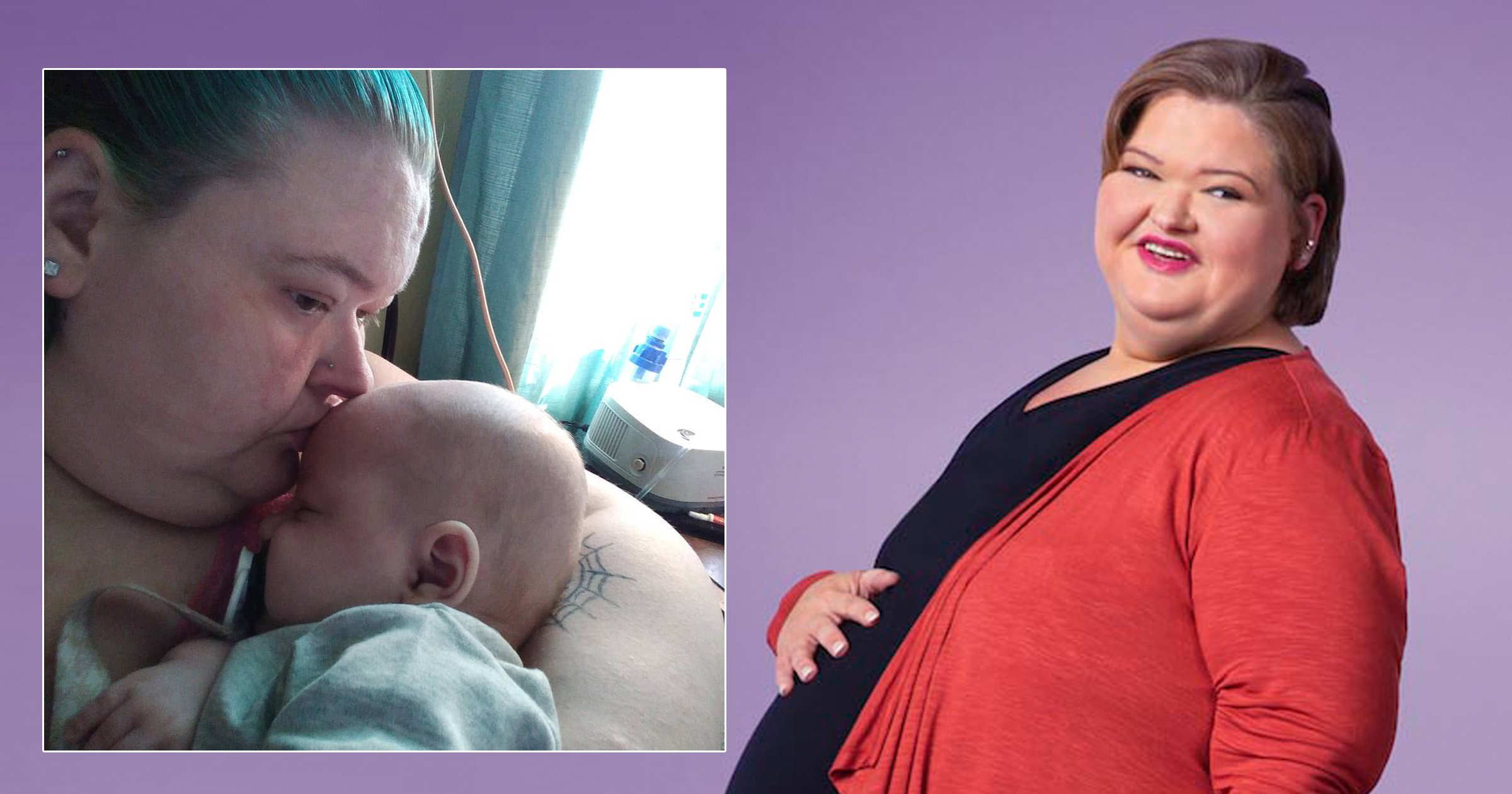 1000lb Sisters star Amy Slaton-Halterman was shocked to discover that she was pregnant in season 2 of the hit TLC show.

Thankfully, the star and her husband Michael welcomed their baby boy in November 2020 and they’ve been completely smitten with their son Gage ever since.

Amy’s baby entered the world via a c-section and things looked a bit shaky when he was born.

However, her bundle of joy seems to be happy and healthy thanks to the regular updates fans are getting from his doting mama.

How did Amy Slaton find out she was pregnant?

Initially, Amy thought the pandemic has caused her to start to regain some of the 124-lbs she had lost since her surgery.

Elsewhere, she was under the belief that she was battling a side effect from the surgery as she complained about crippling constipation, causing her husband Michael to take her to the emergency room.

After three hours in the ER, Amy emerged and revealed her huge surprise to a visibly shocked Michael.

‘I finally got to poop, but there was also a little twist. I’m pregnant!’ she smiled. ‘In order for you to get an X-ray, you have to take a pregnancy test and all that. So I did the test, he came back in and he goes, “we can’t do the X-ray because you’re pregnant.”‘

When did Amy Slaton give birth?

Gage entered the world in November 2020 after a few scary moments during his delivery.

In clips from the day, Amy explained: ‘Gage was still in the breech position, so in the end, I had to have a c-section.

‘And then they took him away to the nursery to get some tests run because he had low blood sugar, ’cause it dropped.’

She later added: ‘I just got out of [the] recovery room and Gage is in the nursery because his sugar was 24 — they want it at 50. So they’re giving him a little bit of formula, trying to get it up.’

Thankfully, he didn’t require any extra time in the NICU and the family were able to go home to enjoy their new chapter.

1000lb Sisters airs on TLC in the US, while it is available to stream on Discovery+.

MORE : 1000lb Sisters star Tammy Slaton confirms when season 3 will air: ‘Its gonna be a while’

UFOs are interfering with our nuclear weapons and could be ‘1,000 years ahead’ of mankind, claims ex-Pentagon insider