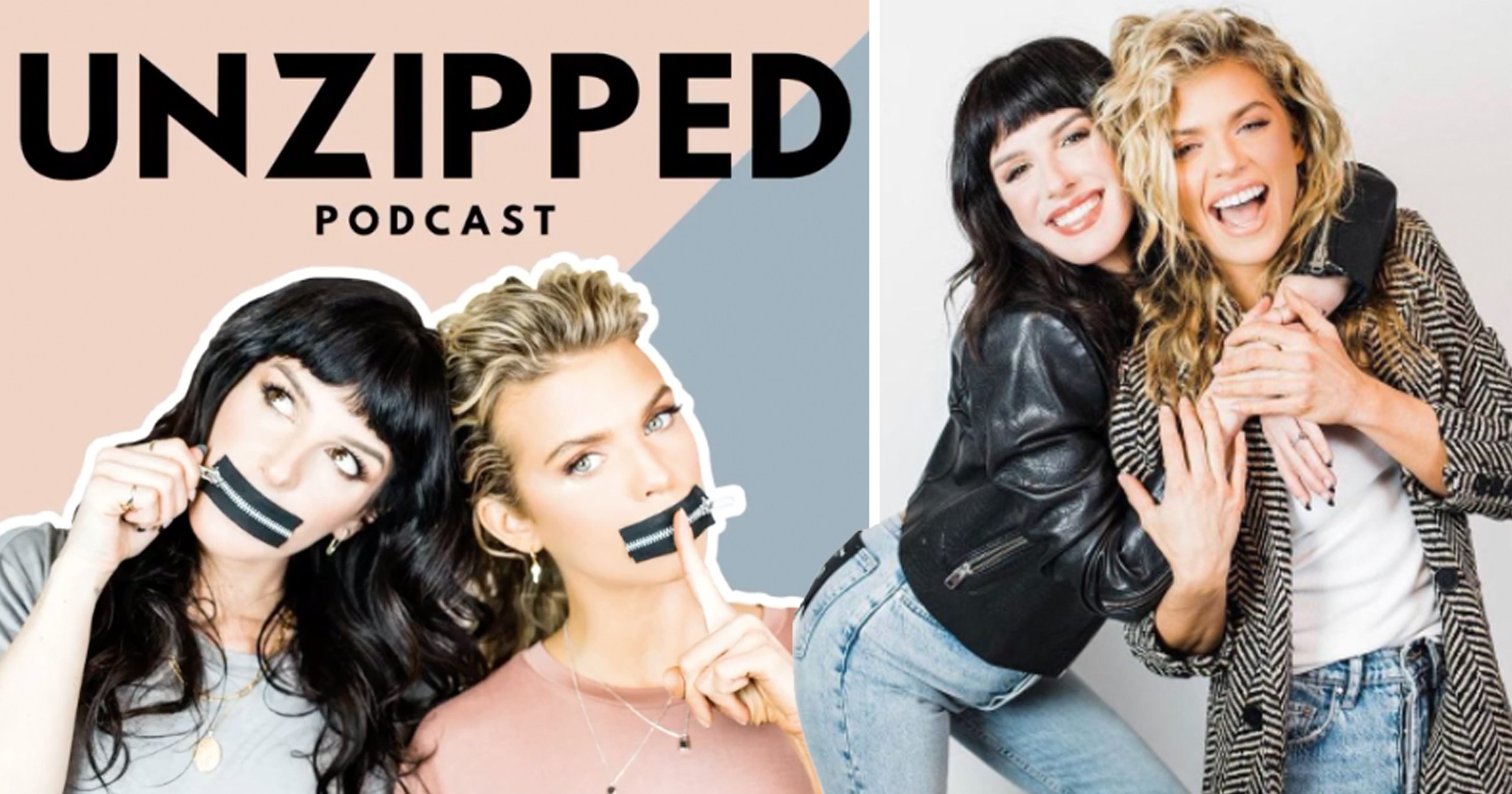 90210 stars Shenae Grimes-Beech and AnnaLynne McCord have finally opened up about the cause of their five-year feud which lasted throughout filming of their hit series.

The pair – who played frenemies Annie Wilson and Naomi Clark – famously butted heads while working together on the Beverly Hills, 90210 reboot, which ran from 2008 to 2013.

However, after working things out and going on to become good pals, the pair have been able to look back at how a series of unfortunate miscommunications saw them ‘at each other’s throats’ while working together.

Speaking candidly about that time on their new Dear Media podcast, Unzipped, the duo tackled the issue head on during the premiere episode.

Shanae explained how the pair had bonded immediately when the show began, with AnnaLynne taking a maternal approach in the friendship.

However, things changed when a female castmate confronted then 18-year-old Shanae about rumors of her ‘diva’ behavior and ‘party girl’ antics.

‘There was like a lot of negative press on me. Yes, I was not the sweetest 18-year- old… I just needed some love, I was going through some s**t’, Shanae explained.

She claimed that one particular female in the cast ‘took issue’ with her as she continued: ‘She was not happy with me for whatever reason. Maybe one day we’ll have her on the podcast and we can talk to her about it. Cause I still can’t really wrap my brain around it, but, but she was just not into me.

‘From my perspective of this memory, she came into my trailer and confronted me and we were on set.’

The actress claimed that the cast member had stated that the entire cast had an issue with Shanae and felt she thought the show was all about her.

AnnaLynne then revealed she had unwittingly been dragged into the clash when the cast member asked her to come along to visit Shanae’s trailer – only for the cast mate to end up trying to ‘confront’ Shanae over her alleged behavior.

‘My brain couldn’t comprehend why it was my business to be a part of it. I just turned around, went back to my trailer and never knew what actually ended up happening,’ AnnaLynne explained.

Sadly, the damage was already done with both actresses feeling like they couldn’t trust the other.

Things got even more complicated when another mutual friend moved in with AnnaLynne, after claiming Shanae had kicked her out.

Thankfully, the actresses managed to get to know each other better as filming of their show was coming to an end.

Just a few months later, AnnaLynne was even a guest when Shanae married Josh Beech in London in May 2013.

Now, the pair are great friends and working together on their podcast so all’s well that ends well, eh?

Unzipped with Dear Media is available wherever you get podcasts, and new episodes drop every Wednesday.

Got a story? If you’ve got a celebriy story, video or pictures get in touch with the Metro.co.uk entertainment team by emailing us celebtips@metro.co.uk, calling 020 3615 2145 or by visiting our Submit Stuff page we’d love to hear from you.

Ore Oduba and wife Portia expecting their second child together

Nicki Minaj is just as obsessed with The Crown as the rest of us: ‘I’ve watched every single episode 5 times’