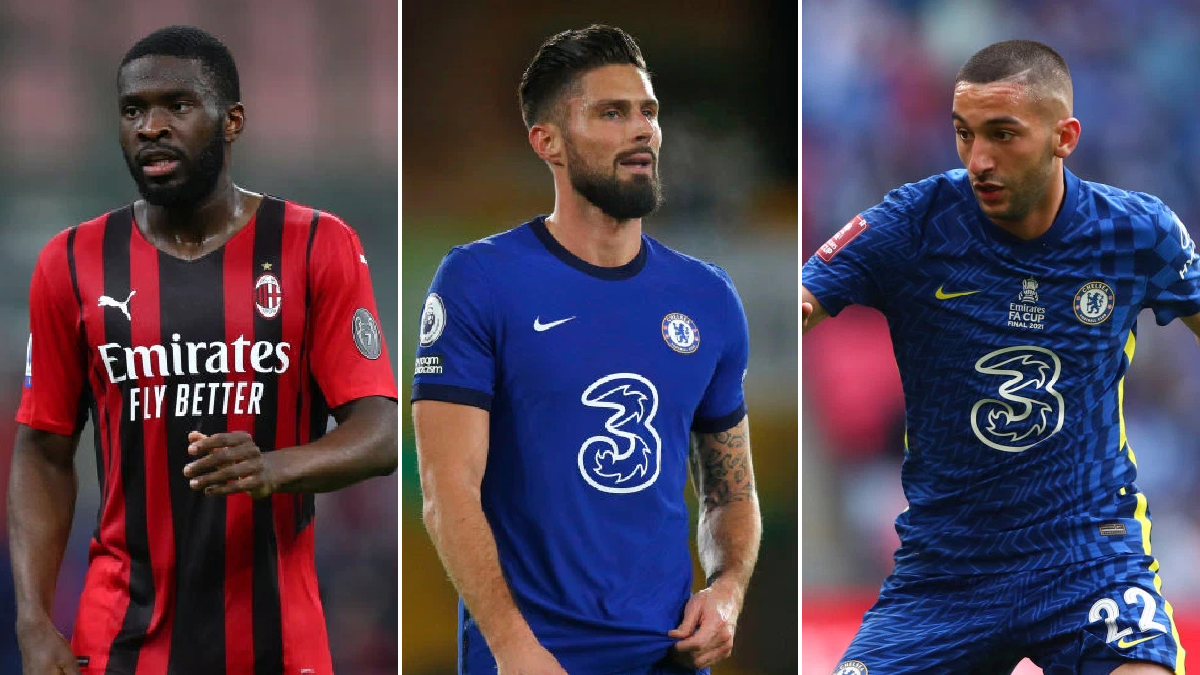 AC Milan are keen on signing Fikayo Tomori, Olivier Giroud and Hakim Ziyech from Chelsea this summer, according to reports.

The Blues won the Champions League and finished fourth in the Premier League in what proved to be a successful season for the west London club, but Tomori, Giroud and Ziyech struggled for regular playing time in the 2020/21 campaign.

And according to Italian newspaper Gazzeto dello Sport, Milan are interested in the trio, with Rossoneri boss Stefano Pioli looking to bolster his squad in the upcoming transfer window.

Chelsea academy graduate Tomori fell down the pecking order of centre-backs at the club and was sent out on loan to Milan in the January transfer window.

The Serie A outfit are planning on taking up an option to purchase the 23-year-old defender on a permanent deal for £25million.

Meanwhile, French World Cup winner is also in their sights, despite Chelsea’s surprise decision to hand the 34-year-old a one-year contract extension, which keeps him tied down until 2022.

And the report states that Milan are looking at Ziyech, who was brought in from Ajax last summer in a deal worth £33.3m.

The Morocco international has had injury issues to contend with and hasn’t been able to replicate the fine form he produced at Ajax.

Piolo is said to be a fan of Ziyech, but Milan could face competition from Napoli, who Gazzetto dello Sport say are also interested in the winger.

In terms of the number of potential incomings for Chelsea, Thomas Tuchel recently admitted that he is targeting ‘two or three’ signings in the summer window.

‘Two or three could be very, very good,’ the German boss said last month. ‘It’s a constant thing to never deny change. That you always bring new energy, new guys who question the old beliefs, who challenge everybody in the training and in matches, so I think it’s a good thing.

‘We don’t need another seven and another complete turnover because it’s also our job to keep on improving, because we have still a young squad and it’s not about stealing from them the chance to prove it again that they are capable of growing and evolving.

‘But we have some ideas, of course, to make the group stronger and I think this can always be a positive thing to challenge all of us.’

MORE : ‘How does he do it?!’ Arsenal legend Thierry Henry stunned by brilliance of Chelsea midfielder N’Golo Kante