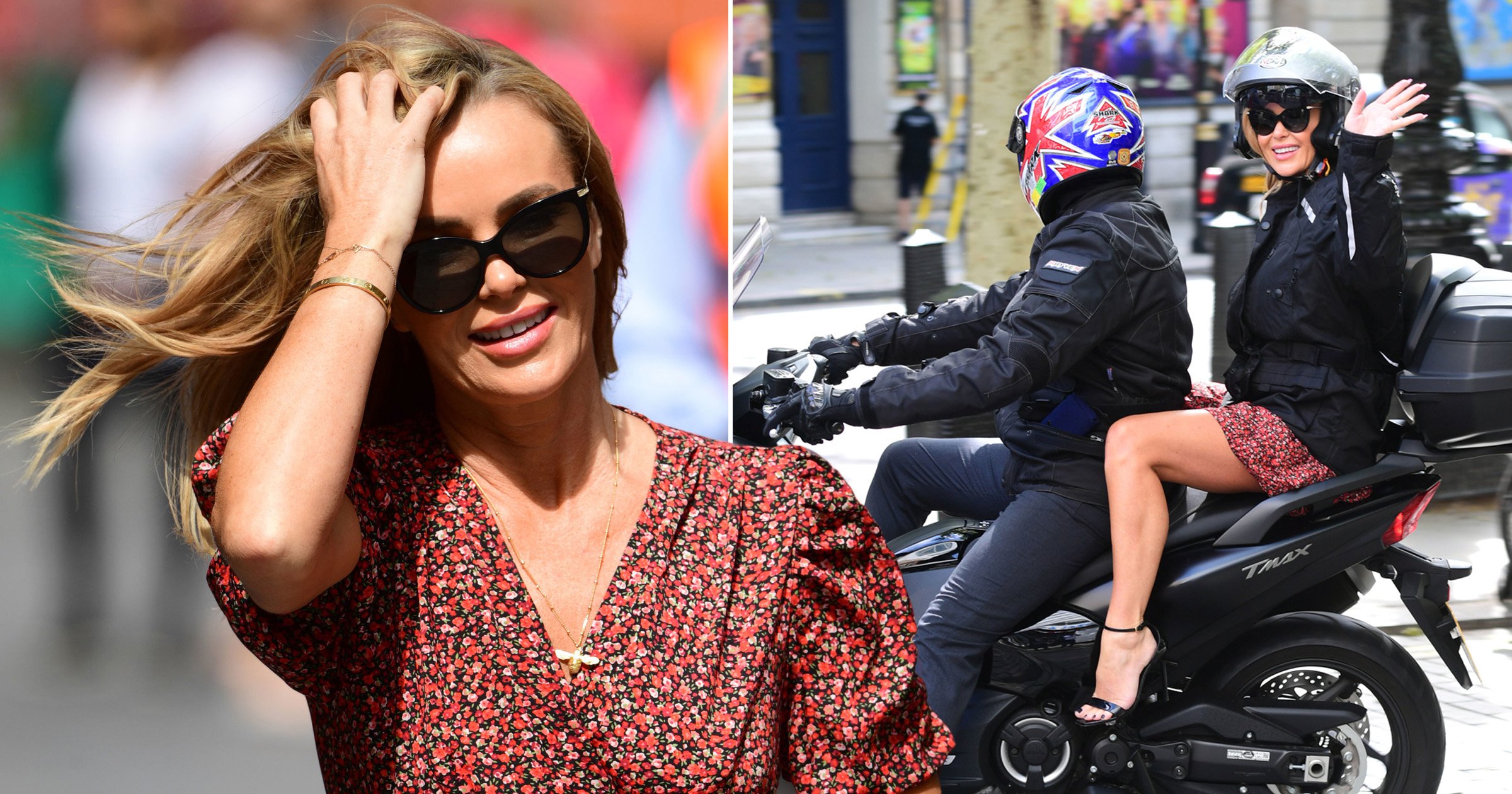 Amanda Holden was ultimate in biker chic as she hopped on a motorbike in a mini-dress and towering heels outside the Heart Radio studios in London on Monday.

The presenter, 50, looked ready for summer in a red floral print outfit as she left the building after her morning show.

The actress wore black heels and a pair of sunglasses as she smiled and waved at onlookers before jumping on the back of a taxi bike.

And, while the Britain’s Got Talent judge wore a helmet and protective jacket on top, she left the legs out as she straddled the vehicle in her heels for the journey, which we can only imagine was a bit chilly.

Television personality Amanda is just back from a sunshine holiday with husband Chris Hughes and their two children Hollie and Lexi.

The star flew to Portugal while it was still on the UK government’s coronavirus pandemic green list, meaning travellers did not need to quarantine on returning to Britain.

The former Wild at Heart cast member kept fans up to date with her activities abroad and wowed her social media followers by sharing a picture of herself on the beach in a black mesh bikini.

Amanda resembled a Bond girl in one picture which saw her emerging from the sea just like Daniel Craig in his blue trunks when he played James Bond in 2012 film Skyfall.

In another post, she shared a picture of herself reclining in the sand, which she captioned: ‘This swimsuit makes me look like I have an ab.’

The presenter also shared a photo of her daughters, Lexi, 15, and Hollie, nine, posing sweetly together on the beach with the sun glistening.

Amanda first revealed the family had jetted off as she shared a photo of herself in a white two-piece bikini.

She returned from Europe ahead of Portugal’s move to the government’s amber travel list which will see it have increased restrictions on Tuesday.

MORE : Piers Morgan wishes Meghan Markle and Prince Harry ‘every success’ as he refuses to be ‘negative’ over baby news

Joey Essex breaks down in tears as he explains how death of mum to suicide impacts finding love: ‘Why would she leave me?’