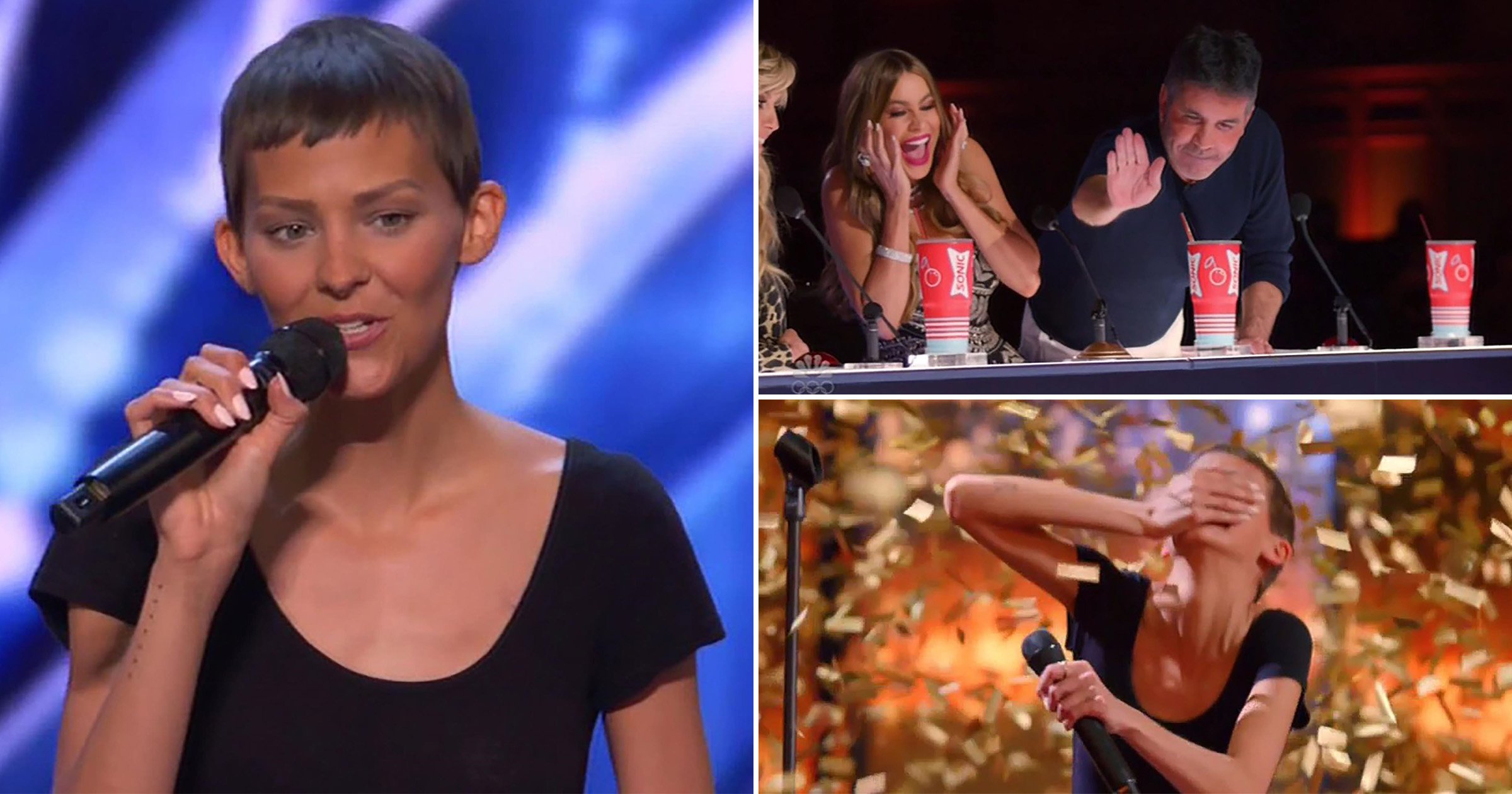 Simon Cowell couldn’t help but press the Golden Buzzer for singer Nightbirde after her moving audition on Tuesday’s America’s Got Talent.

The 30-year-old Ohio native melted hearts when she took to the stage to perform her original song, It’s Okay, which is about her cancer battle.

The cancer patient – real name Jane Marczewski – opened up about her health battle with the disease.

She noted: ‘Last time I checked, I had some cancer in my lungs, spine and my liver. It’s important that everyone knows I’m so much more than the bad things that happened to me.’

After he pressed the Golden Buzzer to advance Nightbirde to the live rounds, she couldn’t hide her delight as she fell to her knees on stage.

She started crying as Simon went on the stage to hug and told her everything about her performance was ‘really special.’

The singer then stated about her cancer: ‘I have a two percent chance of survival but two percent is not zero percent. Two percent is something and I wish people knew how amazing it is.’

MORE : America’s Got Talent judge Howie Mandel savagely roasts Simon Cowell over bike injury that left him with broken back

MORE : Simon Cowell launching new America’s Got Talent residency in Las Vegas and we are so there