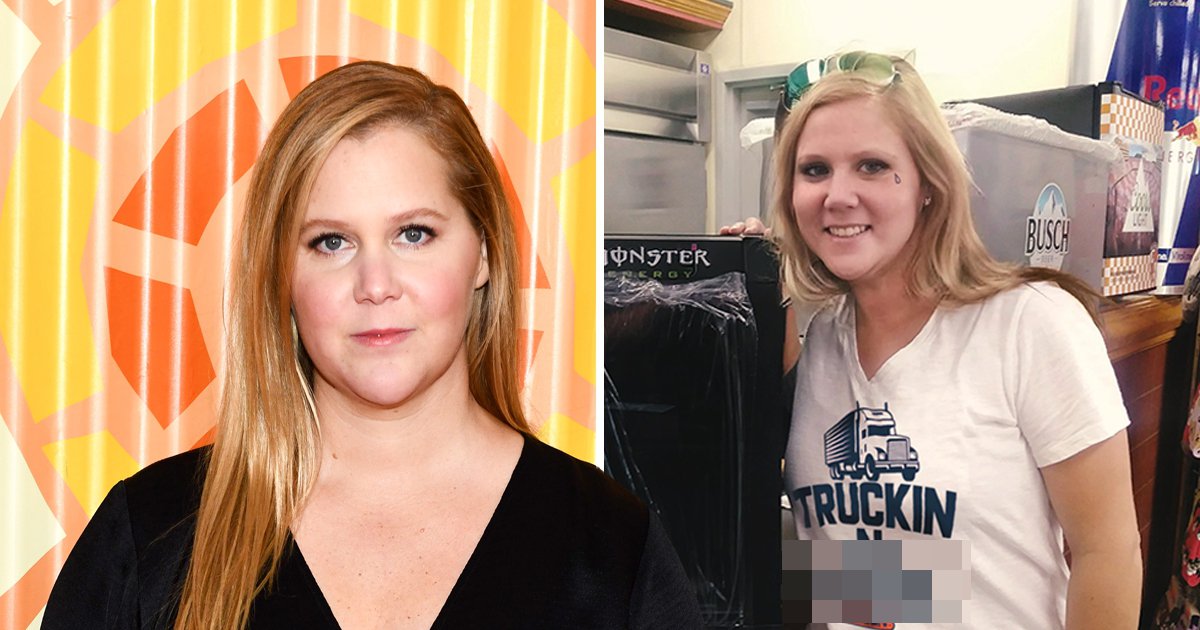 Amy Schumer has reacted to the viral photo of her ‘doppelganger’ and she’s just as confused as all of us.

Stick with us here – this is a wild one.

First of all, a Facebook page going by the name of Celina 52 Truck Stop went viral when they shared a photo of a woman who looked very much like the comedian, only with a slightly concerning teardrop tattoo on her face, and a T-shirt emblazoned with the phrase: ‘Truckin’ And F**kin”

‘Who says only men drive trucks??’ they captioned it. ‘Big Rig driver Amelia stopped in this morning to redeem her Cranking The Hog Reward Points for this brand new mini fridge valued at over $500 due to the Monster Energy branding. Thanks for continuing to let us service you!’

As you would imagine, fans were absolutely obsessed with the photo and were left with no less than thousands of questions, especially when they also noticed the sign above ‘Amelia’s’ head, which read: ‘Stop pooping in our parking lot.’

Things only got more bizarre when the Facebook page reacted to the concern over the teardrop tattoo, which is sometimes used as a sign that the wearer has committed or attempted murder.

‘Amelia wanted us to point out that her teardrop tattoo is not because she murdered someone,’ they assured fans.

‘She accidentally killed a pedestrian once after falling asleep at the wheel and got the tattoo to honor their memory.’

At this point, even Amy heard tell of Amelia, simply writing on Twitter: ‘Wait, what’s going on at a truck stop? -me.’

However, in a tragic turn of events, it seems Amelia is not in fact real.

The Celina 52 Truck Stop is a satire/comedy page, which has previously shared doctored photos.

It’s not known for sure whether the photo was edited to look so much like Amy, but it’s very likely that Amelia’s story is not real.

We’re not sure whether to be sad or very, very relieved.

Amy, 40, is known for her candid comedy, including her Netflix special Growing.

The star has also been open about motherhood, being praised earlier this year for showing her C-section scar.

MORE : Amy Schumer reveals dad Gordon has been hospitalised as she visits him day after getting her coronavirus vaccine

Has The Bold Type been cancelled?