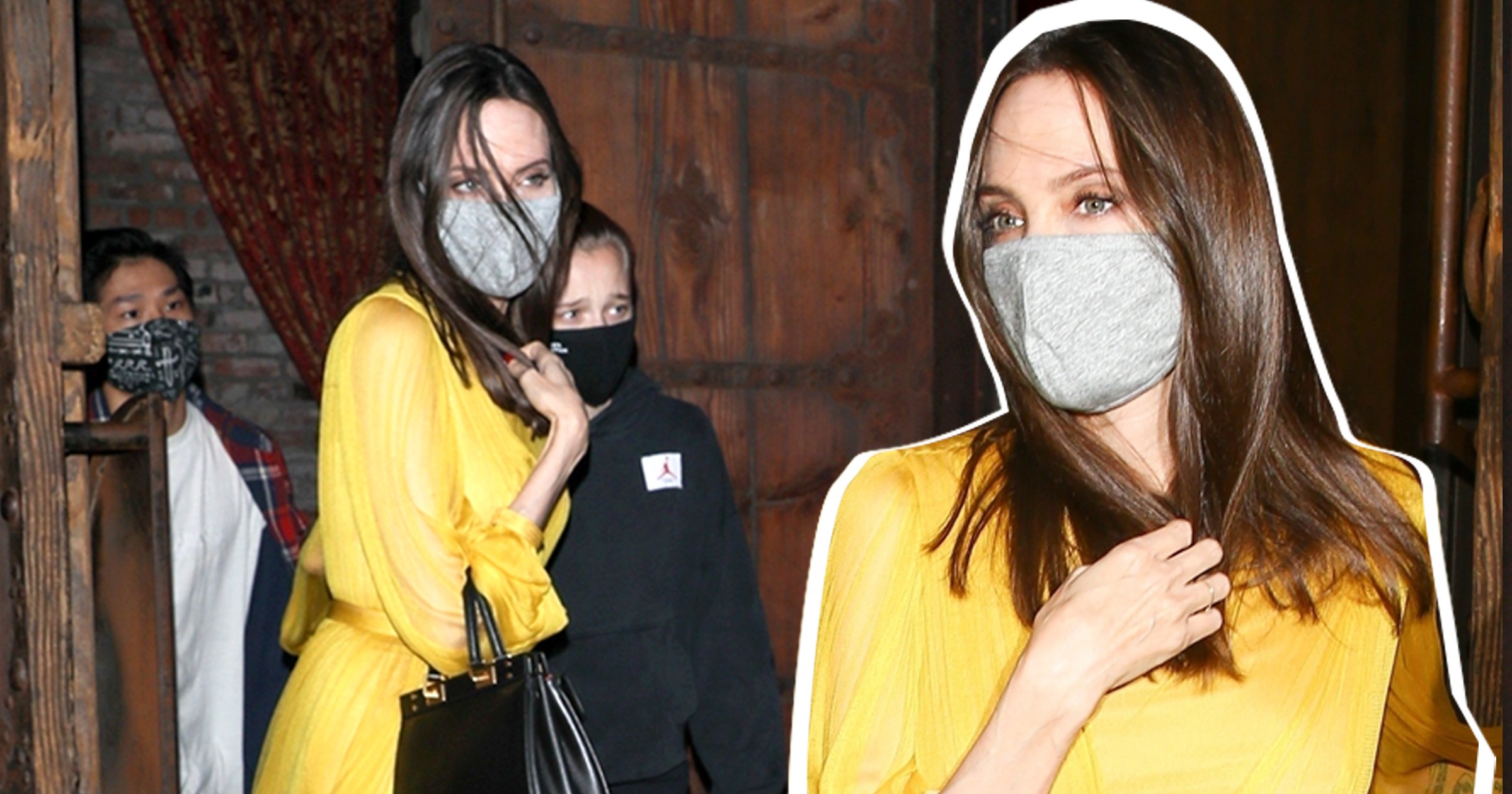 Angelina Jolie looked stunning as she stepped out in a yellow dress to celebrate her 46th birthday recently alongside her six children.

The Maleficent star was spotted out with Maddox, 19, Pax, 17, Zahara, 16, Shiloh, 15, and 12-year-old twins Vivienne and Knox to mark the big occasion at TAO restaurant in Los Angeles on Friday night.

Angelina was wearing a knee-length frock with nude heels, and completed the bright look with a Valentino Garavani Rockstud Alcove handbag.

The family were all seen with masks on, as they followed the matriarch out of the swanky restaurant.

It was a family affair that came not long after the actress heaped praise on her brood.

She told E! News: ‘I have six very capable children.

Meanwhile, on May 13, private judge John Ouderkirk issued a temporary ruling, giving Angelina and her ex Brad Pitt joint custody of their children, except for Maddox as he is no longer a minor.

An insider previously told Page Six: ‘There was a significant change made in the custody agreements based on an extremely detailed decision made by the judge.

‘Brad was just trying to have more time with his kids — and it has been clear that Angie has done everything possible to prevent this.’

A source recently revealed the actor is staying completely focused on his kid’s wellbeing amid the couple’s custody battle.

They told Metro.co.uk: ‘This decision was a significant development towards Brad finally having additional custody, but the process is still ongoing.

‘His priority has and continues to be for his children’s wellbeing and for more time with them. He has kept things private and this decision only became public after a response for the other side was shared with the AP.’

Angelina previously criticised the judge presiding over the legal proceedings, and sought to disqualify judge Ouderkirk from the case, for not letting their children speak in the hearings.

However, Brad’s lawyers believe the proceedings have been conducted fairly.

The former couple – famously dubbed Brangelina – first met as co-stars on the set of Mr and Mrs Smith in 2005, tying the knot in 2014 before she filed for divorce two years later.