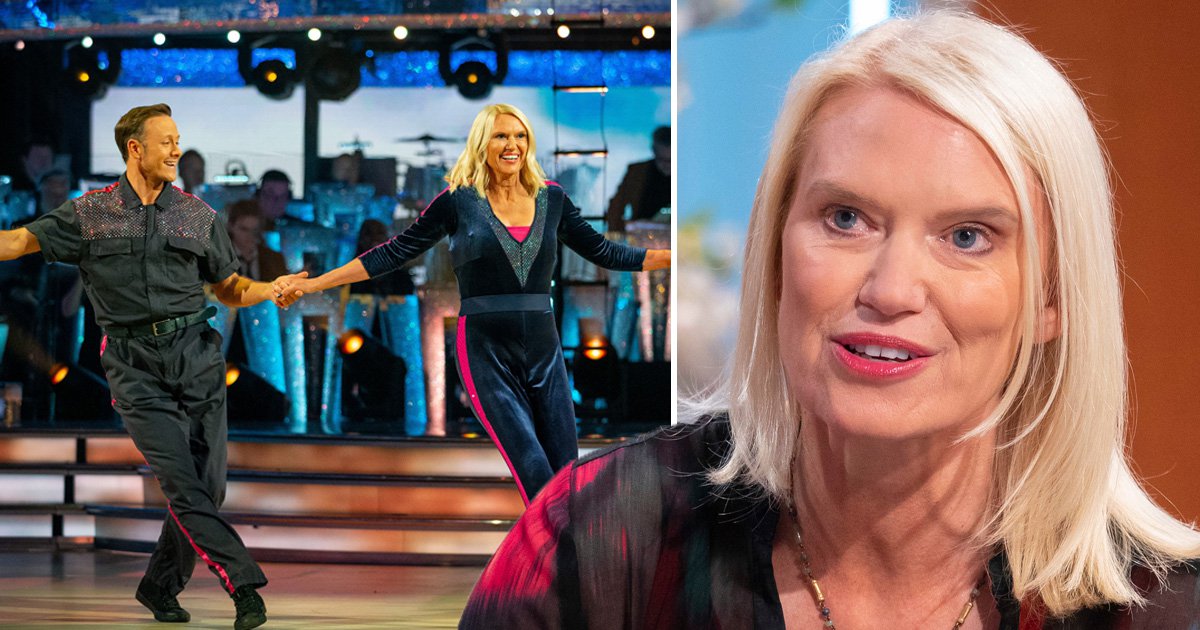 Anneka Rice has revealed that her stint on Strictly Come Dancing left her ‘broken’ and ‘quite depressed’.

The 62-year-old TV presenter – who took part in the BBC Latin and ballroom show in 2019  – admitted one thing she ‘didn’t expect’ was ‘how broken’ she would be afterwards.

Anneka was paired with professional partner Kevin Clifton for the 2019 series and was eliminated in week three when they failed to set the dancefloor alight with their Kill Bill inspired Charleston.

She revealed that, despite her career on BBC’s Challenge Anneka, she was not prepared for the physical strain of the programme.

The star said: ‘I’d never really been badly injured in my life, considering all the lunatic stunts and things I’ve done.

‘But it brings you very low because I obviously wondered whether I’d ever recover.

‘I got quite depressed afterwards. The bit I didn’t expect was how broken I’d be, for someone who’s very fit.’

The mother-of-three admitted she spent three months having physio afterwards because she had ‘such bad whiplash’ in her neck following her final dance.

Speaking on the podcast My Mate Bought A Toaster, she added: ‘I was so broken I’d limp back home … into an ice-cold bath.

‘I think on the whole the experience is, in theory, so joyful you forget things like that.

‘It’s like childbirth, you just forget … but I was in physio for three months afterwards because I had such bad whiplash in my neck because of the last dance I did.’

After she and Kevin were eliminated from the programme in October 2019 she admitted to feeling ‘bereft’ on Twitter.

The star became the second celebrity to leave the show in the 2019 series when her routine failed to impress the public or the judges. She said at the time she didn’t have ‘one negative’ about the experience.

Speaking in her exit interview after landing in the bottom two with footballer David James and his professional partner Nadiya Bychkova, Anneka said: ‘To be honest, I’d have saved David and Nadiya. I’ve just loved this whole thing; I’ve not one negative about the whole experience.

‘We’ve worked really hard, I’m covered in bruises. I love this man; it’s been a joy to have that honour, that privilege of learning to dance.

‘My son is getting married next year, I’m determined to be able to shuffle onto the dance floor and not do my usual thing of handing out the canapes.’

Strictly Come Dancing returns to BBC One later this year.