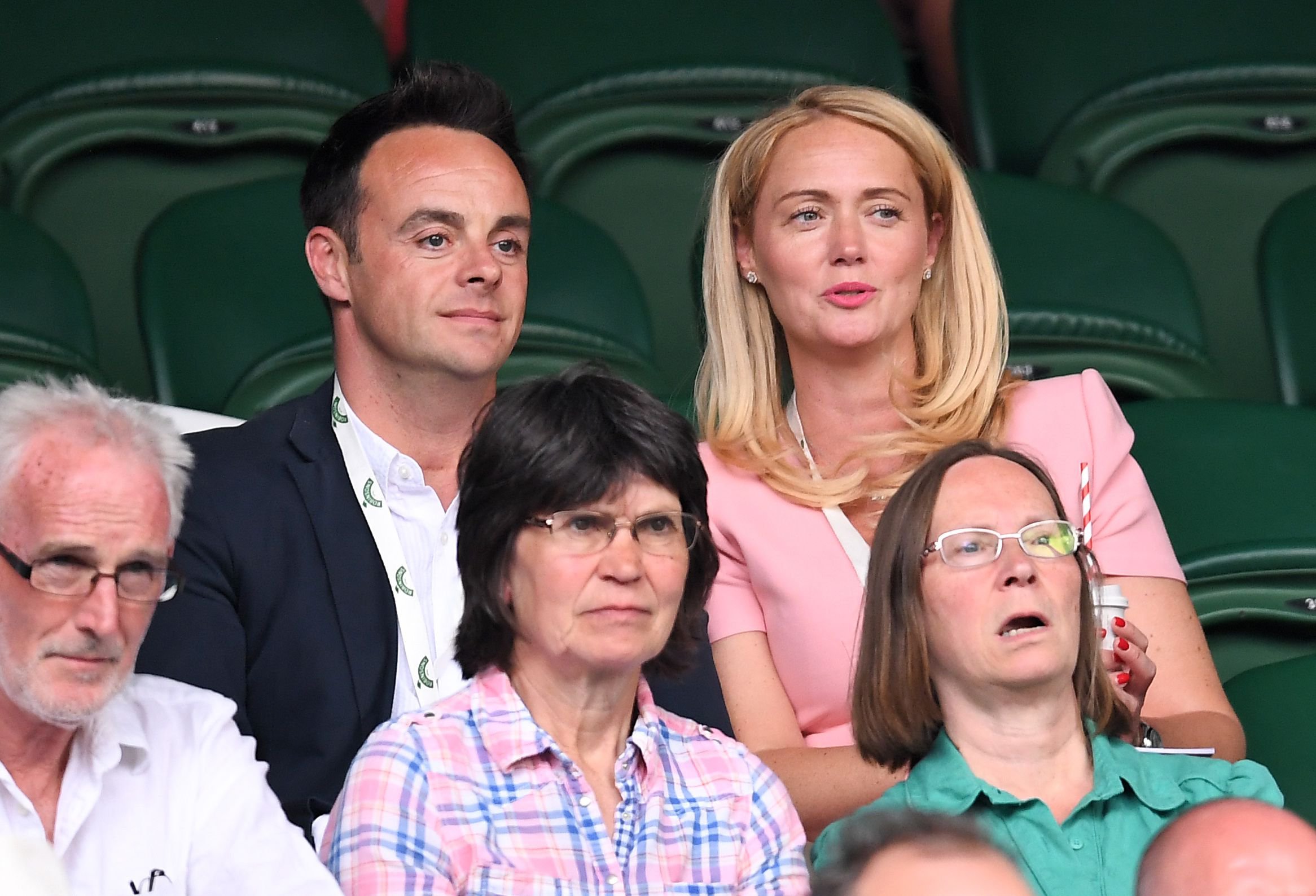 Ant McPartlin is reportedly set to enjoy an ‘alcohol-free’ stag do this week ahead of his wedding with Anne-Marie Corbett.

The I’m A Celebrity… Get Me Out Of Here host is gearing up to tie the knot with Anne-Marie, 43, in August in an intimate ceremony.

It’s claimed that Ant, 45, is hosting a small group of around 15 friends at a golf course in the south of England today before heading to a fancy restaurant where they’ll enjoy a four-course meal cooked by a private chef.

A source told The Mirror: ‘Ant’s life has moved on from his and Dec’s wild nights out in the past – now he just wants to spend a day with his mates playing golf before treating them to a slap-up meal.’

Among those in attendance are Ant’s best man and presenting sidekick Declan Donnelly, and entertainer Jonathan Wilkes.

This stag do will be much tamer than the one Ant had in 2006 before he married Lisa Armstrong. Dec, 45, did the honours of organising the bash, which resulted in his best mate waking up in a McDonalds dressed as a French maid the following morning.

Ant and his pals took part in a Monopoly-themed pub crawl around London while donning fancy dress costumes which they changed at each venue. The group then trekked to Riga, Latvia, where they continued with a 12-hour drinking session.

The groom then promised to turn the tables on Dec when he was tying the knot with Ali Astall in 2015.

Ant said at the time: ‘You know when you’ve been drinking all day and you have that one moment of clarity, and I came to dressed as a French maid in McDonald’s just off Regent’s Street.

‘It’ll be along those lines. Revenge is a dish best served cold.’

Ant has been sober since 2018 when he battled issues with alcohol and was involved in a drink-driving car accident. The TV star recently opened up about his arrest and said he’s ‘more grateful for everything’.

The Britain’s Got Talent host is expected to marry Anne-Marie in an intimate wedding this summer after getting engaged on Christmas Eve last year.

A source told The Sun: ‘Neither of them want the razzmatazz of a showbiz wedding. They just want their nearest and dearest with them.

‘It will be a simple but beautiful ceremony, without the glare of the spotlight.’

Loki: What is a variant?