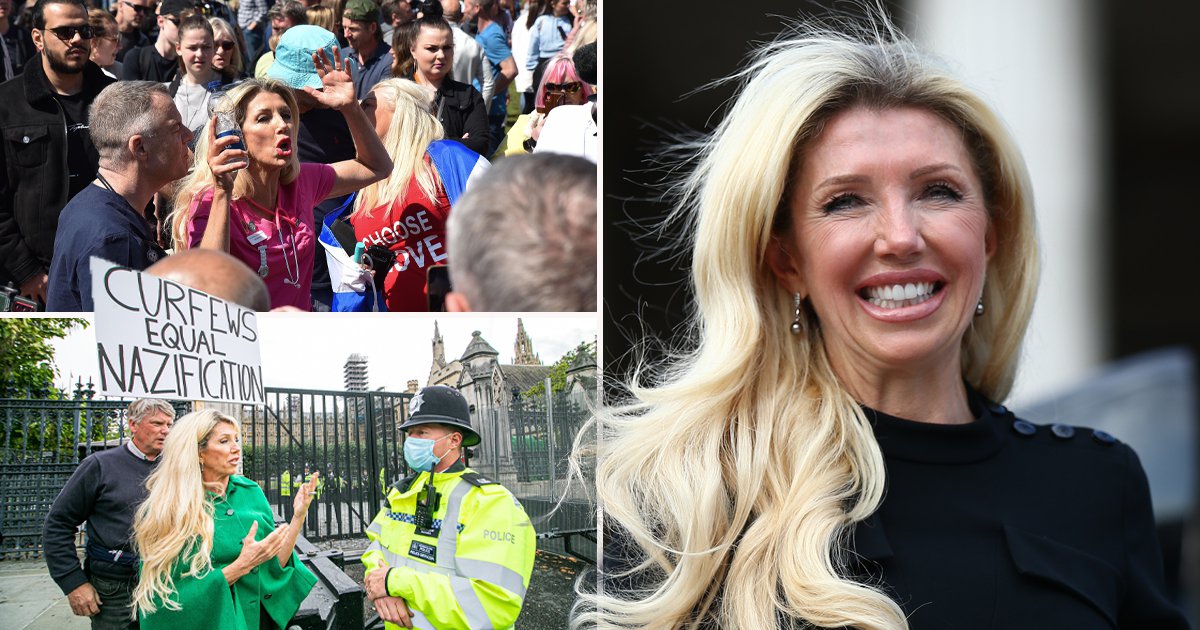 An anti-vaxxer nurse who compared the NHS to the Nazis has been struck off.

Kate Shemirani used her status as a health care professional to spread ‘distorted propaganda’ and conspiracy theories about the Covid-19 pandemic.

The campaigner said nurses were complicit in genocide, vaccination teams should be renamed ‘death squads’ and called the NHS the ‘new Auschwitz’, in reference to the holocaust.

The mum-of-four also wrongly claimed symptoms of the virus were caused by 5G and vaccines were ‘rushed through’ because ‘they want to kill you’ and face masks ‘do not stop viruses’.

Mrs Shemirani, who took part in anti-vaccine protests in central London’s Trafalgar Square, was suspended from the Nursing and Midwifery Council in July last year for spreading misinformation.

A NMC Fitness to Practice Committee has now ruled her misconduct was so serious that she should be permanently struck from the nursing register.

The panel ruled her fitness to practice as a registered nurse was impaired on public protection and public interest grounds.

Nicola Jackson, chair of the committee, said: ‘Mrs Shemirani has not shown any remorse, nor given any explanation for repeatedly spreading misinformation.’

She added: ‘Mrs Shemirani has used the Covid-19 pandemic as an excuse to promote her own distorted version of events.

‘Mrs Shemirani makes incorrect and outdated comments on pharmacological improvements, and presents in a dramatic and hysterical fashion to garner interest.

‘The panel considered Mrs Shemirani to have been deeply offensive to the nursing and medical professions, by using inflammatory and derogatory language to describe other nursing and healthcare professionals.

‘Mrs Shemirani is using her nursing status as a way of endorsing her own distorted propaganda.’

Mrs Shemirani first joined the NMC register in June 1986 and previously worked in the NHS but now describes herself as an ‘aesthetic nurse practitioner’.

She used her social media brand ‘Kate Shemirani – Natural Nurse in a Toxic World’ to spread her opinions, often referring to herself as a registered nurse and wearing a nurse’s uniform in her videos.

The panel heard how she also used her social media platform to compare health organisations with Nazi death camps.

She posted ‘The Nurse vaccination teams need to be renamed DEATH SQUADS!’ and claimed the NMC was working to ‘murder the old, infirm, disabled, vulnerable and sick’.

She claimed: ‘We are now in possession of enough evidence against the NMC in relation to the facilitation of the TERRORIST AGENDA TO COMMIT GENOCIDE.’

The panel heard how she spoke about the ‘Nazification of the NHS’ and claimed ‘The NHS is the new Auschwitz’ while referring to healthcare professionals as ‘Nurses and Drs of The Third Reich’.

Ofcom opened an investigation after she was interviewed on Uckfield FM.

Ofcom said: ‘Listeners would have been particularly vulnerable to any misleading or unsubstantiated claims that could be potentially harmful to them, at a time when they were highly likely to be seeking information about how to protect themselves and others from the spread of the virus.’

Student, 21, killed himself after being told he’d failed second year over email