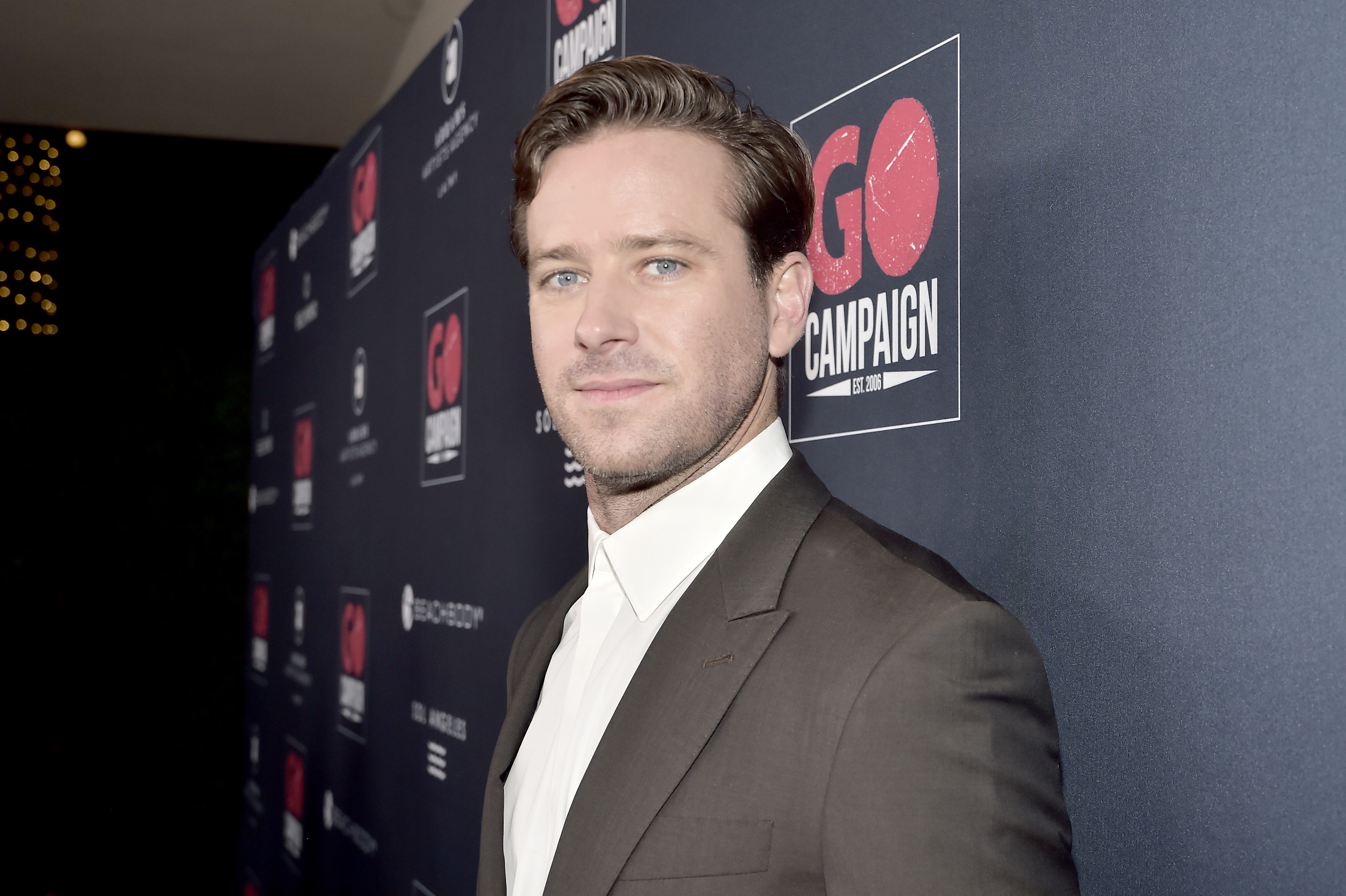 The Call Me By Your Name actor is said to have sought help at a treatment centre near Orlando, Florida in May.

According to Vanity Fair, three sources have confirmed that Hammer checked into the in-patient facility for ‘drug, alcohol, and sex issues’.

An eyewitness took to social media recently to report that they’d spotted the actor walking in with his estranged wife, Elizabeth Chambers, and their two children.

‘Elizabeth and kids dropp[ed] him off and walk[ed] in as far as allowed. A lot of hugs and seemed emotional,’ they wrote.

One friend of Hammer told the publication: ‘Everyone looks at Armie thinking that he’s had some sort of privileged life—and that must mean there were no problems in his youth and everything was peachy keen.

‘But that’s not necessarily the way things go. Just because you come from an upbringing where financial resources are plentiful doesn’t mean life isn’t without problem.

‘This is a clear sign that he is taking back control [of] his life and knows that this [is] a step towards his overall well being.’

Hammer is known to come from a wealthy family, with his great-grandfather an oil tycoon and his father, Michael Armand Hammer, owner of the Knoedler Publishing and Armand Hammer Productions, a film/television production company. The actor has previously stated he is financially independent from his family and said in a 2019 interview with GQ that he ‘doesn’t get any money’ from them.

It comes after Hammer, 34, vehemently denied allegations of sexual assault and cannibalism.

A 24-year-old woman, known as Effie, claimed to have had an on/off relationship with Hammer for four years after meeting him on Facebook in 2016.

She alleged that he had ‘violently’ assaulted her for four hours, repeatedly hitting her head against a wall.

The only public statement Hammer has made was in January when explaining why he was stepping away from the rom-com Marry Me, stating: ‘I’m not responding to these bulls**t claims but in light of the vicious and spurious online attacks against me, I cannot in good conscience now leave my children for four months to shoot a film in the Dominican Republic.’

Hammer’s lawyer has also called the allegations ‘outrageous’ and issued a statement to Metro.co.uk, while sharing screenshots of an alleged exchange between Effie and Hammer.

The statement read: ‘Effie’s own correspondence with Mr. Hammer undermines and refutes her outrageous allegations. As recently as July 18, 2020, [she] sent graphic texts to Mr. Hammer telling him what she wanted him to do to her. Mr. Hammer responded making it clear that he did not want to maintain that type of relationship with her. The screenshot below is just one of hundreds [she] sent to Mr. Hammer.’

‘It was never Mr. Hammer’s intention to embarrass or expose her fetishes or kinky sexual desires, but she has now escalated this matter to another level by hiring a civil lawyer to host a public press conference. With the truth on his side, Mr. Hammer welcomes the opportunity to set the record straight.’

He continued: ‘From day one, Mr. Hammer has maintained that all of his interactions with [her] — and every other sexual partner of his for that matter — have been completely consensual, discussed and agreed upon in advance, and mutually participatory. [Her] attention seeking and ill-advised legal bid will only make it more difficult for real victims of sexual violence to get the justice they deserve.’

Hammer split from his wife Chambers in July 2020 and they released a joint statement explaining that their children were their ‘priority’ in the divorce.