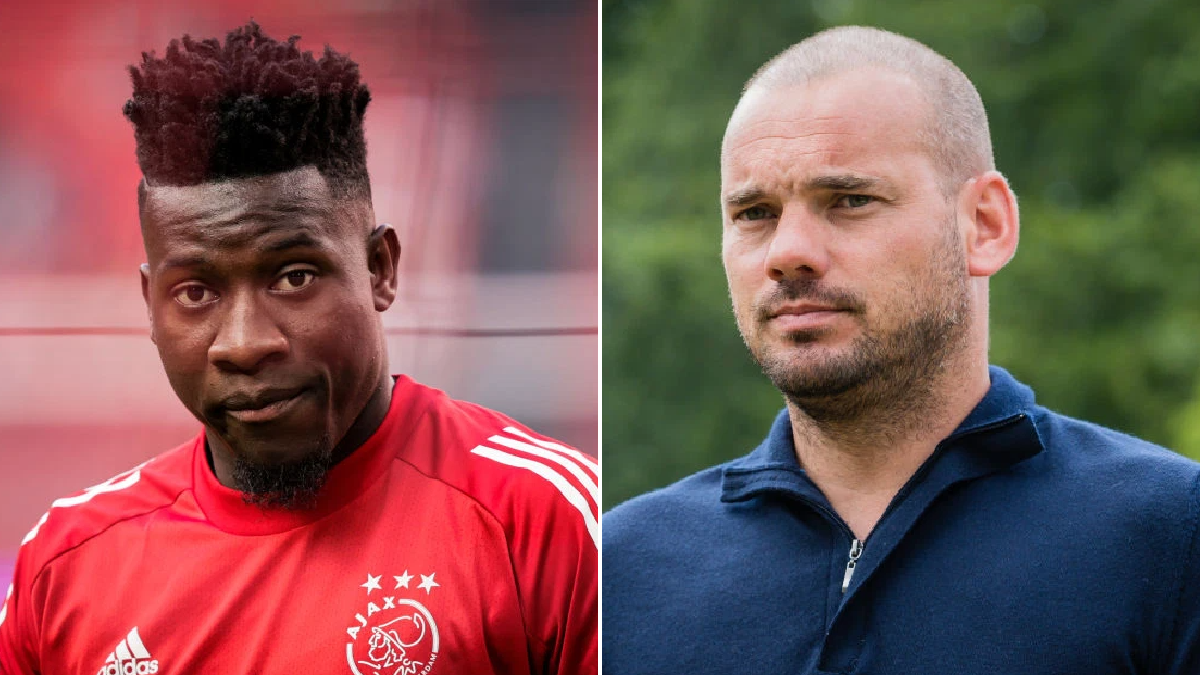 Dutch legend Wesley Sneijder has urged Ajax star Andre Onana not to join Arsenal, saying the Gunners have ‘slipped’ in recent years, and feels the goalkeeper should be playing for a European giant.

The Cameroonian shot-stopper is set to leave Amsterdam this summer and has been heavily linked with a move to north London in a bargain deal, with Onana having just one year left on his current contract.

He is also ineligible to play until November due to a doping ban, with the Court of Arbitration for Sport announcing on Thursday that his appeal had been partially successfully and his ban reduced from 12 months to nine.

Arsenal could sign Onana for around £5million, but Sneijder – who came through the Ajax academy before moving to Real Madrid – believes a move to one of Spain’s big two would be a better fit.

‘I expect him to leave,’ Sneijder told Veotbal International Live on Friday.

‘I think he is a great goalkeeper. One of the top in Europe? Yes, certainly.

‘I’d rather not see him at Arsenal. It’s a great club, but they have slipped in recent years. I’d rather see him play at Real Madrid or Barcelona.’

Sneijder also hit out at the decision from CAS to only reduce Onana’s ban by three months – with the 25-year-old claiming he took the banned substance by mistake – and believes he should be allowed to train again and resume the 2021/22 season as normal.

‘I think it’s nonsense,’ Sneijder continued. ‘If you can reduce such a sentence by three months, why not by six months?

‘Let the boy start preparing. He has already had his sentence, right? He has missed half a year, it is fine, right? If you reduce it, you are actually admitting you have made a mistake [with the original ban].’

Mikel Arteta is believed to be ready to sell Bernd Leno and bring in Onana as his replacement, with the Cameroonian seen as a better fit for the brand of football – namely playing out from the back – he wants Arsenal to play.

Onana was personally recommended by goalkeeping coach Inaki Cana, who knows the shot-stopper from their time together at Barcelona’s academy.