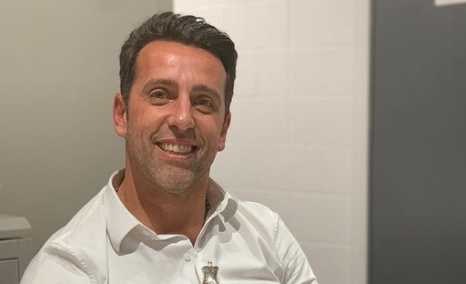 Arsenal are keeping tabs on Real Sociedad star Alexander Isak amid concerns two of their own strikers could leave the club this summer.

Alexandre Lacazette finished last season as the club’s top goalscorer with 17 in all competitions but progress over a new contract has stalled.

The former France international came close to joining Roma last summer before a late change of heart and the Gunners would reluctantly accept an offer for the former Lyon captain, rather than lose him for nothing next summer.

Eddie Nketiah, meanwhile, featured prominently during the early months of Mikel Arteta’s tenure, but was reduced to a bit-part role last term and Folarin Balgoun’s decision to sign a new long-term deal is only likely to further reduce the England Under-21 international’s opportunities.

West Ham and Leeds have already been linked with summer moves for the 22-year-old who would command a fee in the region on of £20million.

Isak, meanwhile, shot to prominence with Borussia Dortmund, who retain an option to re-sign the Sweden international for as little as £30m, although the player himself maintains the Bundesliga club are already part of his ‘past’.

According to The Athletic, Arsenal’s interest in Isak, who has a £70m release clause in his current contract, is largely driven by technical director Edu who is said to rate the striker highly.

Edu is under pressure to deliver signings this summer and clear out some of the dead wood that continues to undermine Arteta’s hopes of accelerating a rebuilding process which stalled badly last season.

Granit Xhaka is likely to be the second high-profile departure of the close season with David Luiz already having confirmed his decision to leave after only two years at the Emirats Stadium.

Switzerland international Xhaka is on the verge of joining Jose Mourinho’s Roma revolutions with an £18.5m deal all but agreed, while Hector Bellerin, another long-serving player, likely to return to Spain.

Arteta, meanwhile, is keen to land reinforcements in both full-back positions and add two midfielders to his ranks with Brighton’s Yves Bissouma and Martin Odegaard, who spent six months on loan at Arsenal last season, his top targets.