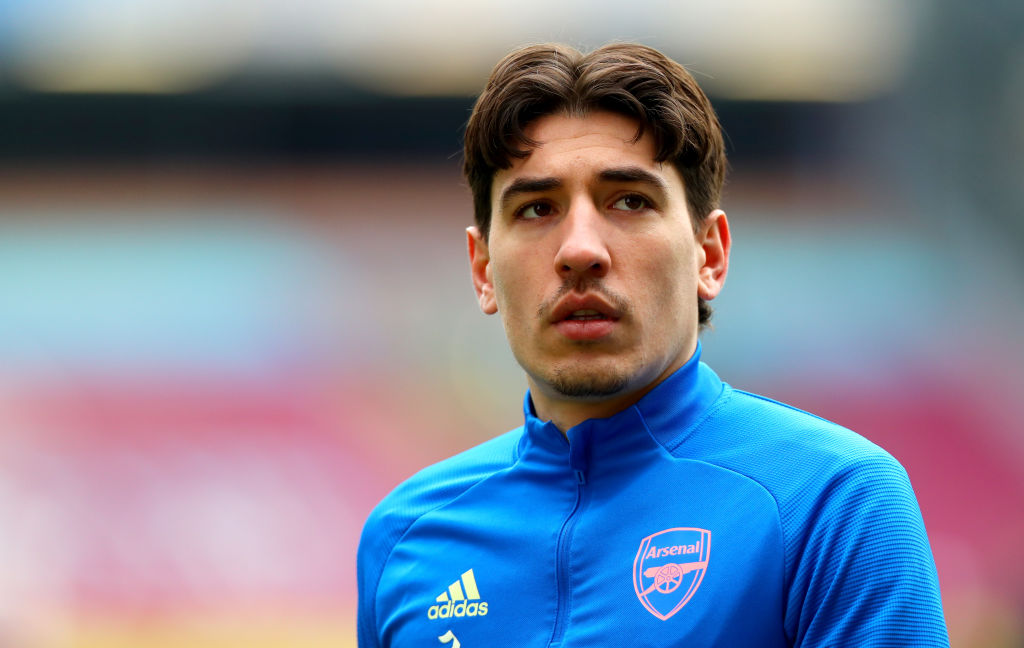 Arsenal have slapped a £20million asking price on defender Hector Bellerin, with Atletico Madrid leading the race for the Spaniard’s signature.

Bellerin, 26, has spent the last decade at the Emirates but he’s deemed dispensible by Mikel Arteta, who must raise funds to invest in other areas of his squad this summer.

Atletico are on the lookout for a replacement for Kieran Trippier, who is keen on joining Manchester United.

While Diego Simeone’s side would rather keep the England international, they could recoup the £20m they paid for him in 2019 and replace him with Bellerin – who is four years his junior – for the same price.

Arsenal put Bellerin up for sale last summer and were keen on him to join Paris Saint-Germain in January, where they hoped to raise as much as £30m for the former Barcelona man.

However, the Gunners will accept a lower fee this summer according to CBS, with Bellerin resigned to the fact that his career at the club is likely coming to an end.

Atletico face interest from rivals Real Betis for Bellerin’s signature but the defender would rather move to Simeone’s side, who beat Barcelona and Real Madrid to the title last term.

Arteta is open to selling a number of first-team players this summer in order to boost his transfer budget.

Reiss Nelson, Joe Willock, Granit Xhaka and Eddie Nketiah could all leave, while the departures of David Luiz, Dani Ceballos and Martin Odegaard have already been confirmed.

Odegaard has returned to Real Madrid after the expiry of his loan spell but Arsenal have not given up hope of signing the Norwegian on a permanent basis.

Madrid, though, value Odegaard at around £50m.

MORE : ‘He can be dangerous’ – Arsene Wenger says Eden Hazard can have ‘massive’ Euro 2020 if fully fit