Our list of towns, cities and council areas around the country calling for extra Jabs Army recruits has grown to 149.

So far, our selfless volunteers have donated well over 750,000 hours to the fight against Covid[/caption]

Last week we revealed the 50 hotspots where volunteers are in demand as stewards at inoculation centres.

That list has now increased by nearly 100 as millions of young people apply for their first jab.

At the same time the over-50s are getting their second dose, increasing demand for our amazing volunteers.

Thousands of Sun readers volunteering with the Jabs Army have donated well over 750,000 hours to the fight against Covid and helped save 13,000 lives.

YOUR COUNTRY NEEDS YOU

But with two new variants in parts of the UK we urgently need thousands more volunteers.

See the full list of where recruits are wanted, below. Ten of those areas are in desperate need of extra helpers. 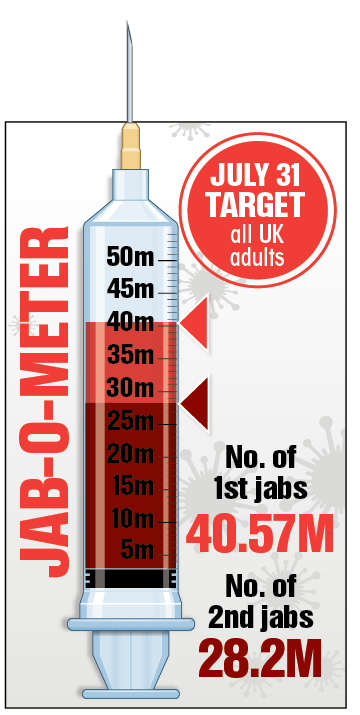 If you live in one of the 149 areas and would like to help, you can sign up with the Royal Voluntary Service, which organises Jabs Army shifts.

If you are already one of our volunteers and have not done any shifts yet, check your GoodSAM app for details of local centres where your help is needed.

Your country needs you at this historic time. You only need to commit to two shifts a month.

Last night Catherine Johnstone, Chief Executive of the Royal Voluntary Service, said: “We find ourselves at a crucial moment in the vaccination rollout.

“There is a real urgency to this and we are working at pace to get all adults vaccinated as fast as possible. There is a particular need for steward volunteers to help the vaccination programme reach communities most in need.

Ten areas, including Manchester, are in even more need of extra helpers[/caption]

Last week more than 2,000 of you joined our band of hi-vis heroes[/caption]

“If you are able to help by joining the team, please don’t hesitate.”

Andrew Clarke, 47, from Cheadle Hulme, Greater Manchester, said: “I’ve been lucky to get shifts and it’s great to see the younger generations coming for their jabs.

“I want to be a steward volunteer all the way through this rollout.”

Airport supervisor Chris Bush, 43, joined the Jabs Army after reading our first appeal in The Sun in January and has been volunteering at a vaccine centre at the Castle Quarter in Norwich.

He said: “Everyone really appreciates what we’re doing, which is hugely rewarding.”

Paedo who got girl, 13, pregnant says 'we've not committed that big a crime'

Love Island star Curtis Pritchard, 25, said: “When I helped out with Jabs Army, it was a real eye opener to see how hard the doctors and volunteers worked.

“If you are able, please step forward.” 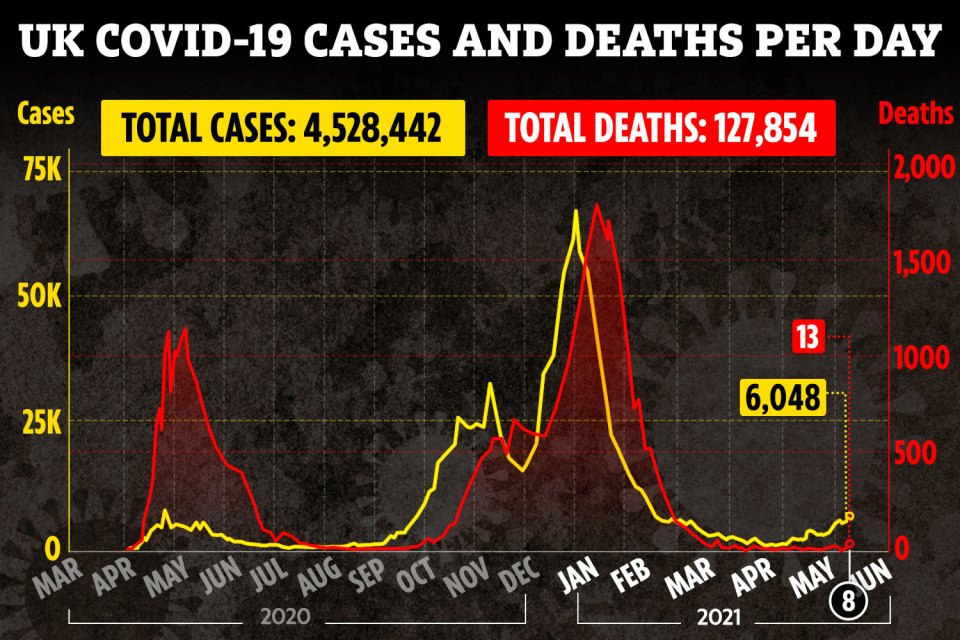 Kid Rock is caught on video using a homophobic slur