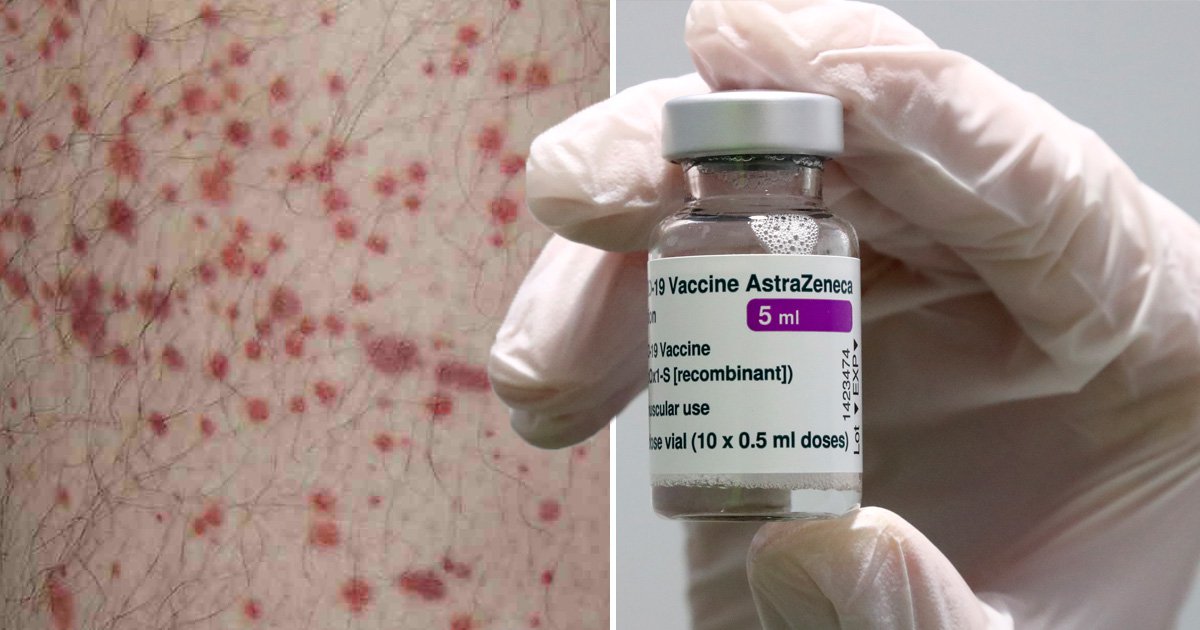 The Oxford-AstraZeneca Covid vaccine has been linked with a slightly increased risk of some bleeding disorders – but cases are rare and the benefits continue to outweigh the risks, researchers say.

Around one in 100,000 people given first doses may get immune thrombocytopenic purpura (ITP), a treatable and mild blood disorder for the majority of patients.

ITP leads to a reduction in blood platelets which can cause minor bruising around the body, leaving some with a purple-dotted rash.

Some can experience excessive bleeding and long-term illness, while deaths are incredibly rare.

There may be some evidence of an increased risk of other bleeding and vascular events, according to data from Scotland’s coronavirus vaccine programme.

These very small risks are comparable with those of other jabs, including hepatitis B, measles, mumps and rubella, and flu.

It comes following 209 reports of blood clot and bleeding disorders in people given the AstraZeneca jab – out of 22 million first doses and 6.8 second doses, according to the UK’s Medicines and Healthcare products Regulatory Agency (MHRA).

The risk of developing a serious adverse event related to the vaccine is far lower than the risk of serious illness or death caused by coronavirus, experts at the London School of Hygiene & Tropical Medicine say.

They observed cases of vaccine-related bleeding and vascular events among 2.53 million adults in Scotland.

This represents 57% of the adult population, who received first doses between December and April.

The jab was associated with a slightly increased risk of ITP up to 27 days after vaccination, but further research involving younger people is needed to assess second doses.

No cases were linked to Pfizer’s Covid jab, which works in a different way.

Stephen Evans, professor of pharmacoepidemiology at London School of Hygiene & Tropical Medicine, said: ‘The overall message is that, even if the Oxford/AstraZeneca vaccine does have an increased risk of ITP, its benefit outweighs its risk.

‘For the majority of people ITP does not cause serious problems but it is not the case for everyone.’

‘ITP is a condition where the immune system destroys a persons own platelets. Platelets help prevent bleeding. Bleeding symptoms are usually mild and death from ITP is very rare.’

Real Housewives of Beverly Hills star Erika Jayne stuns castmates as she announces Tom Girardi divorce in group text: ‘This will be tough’