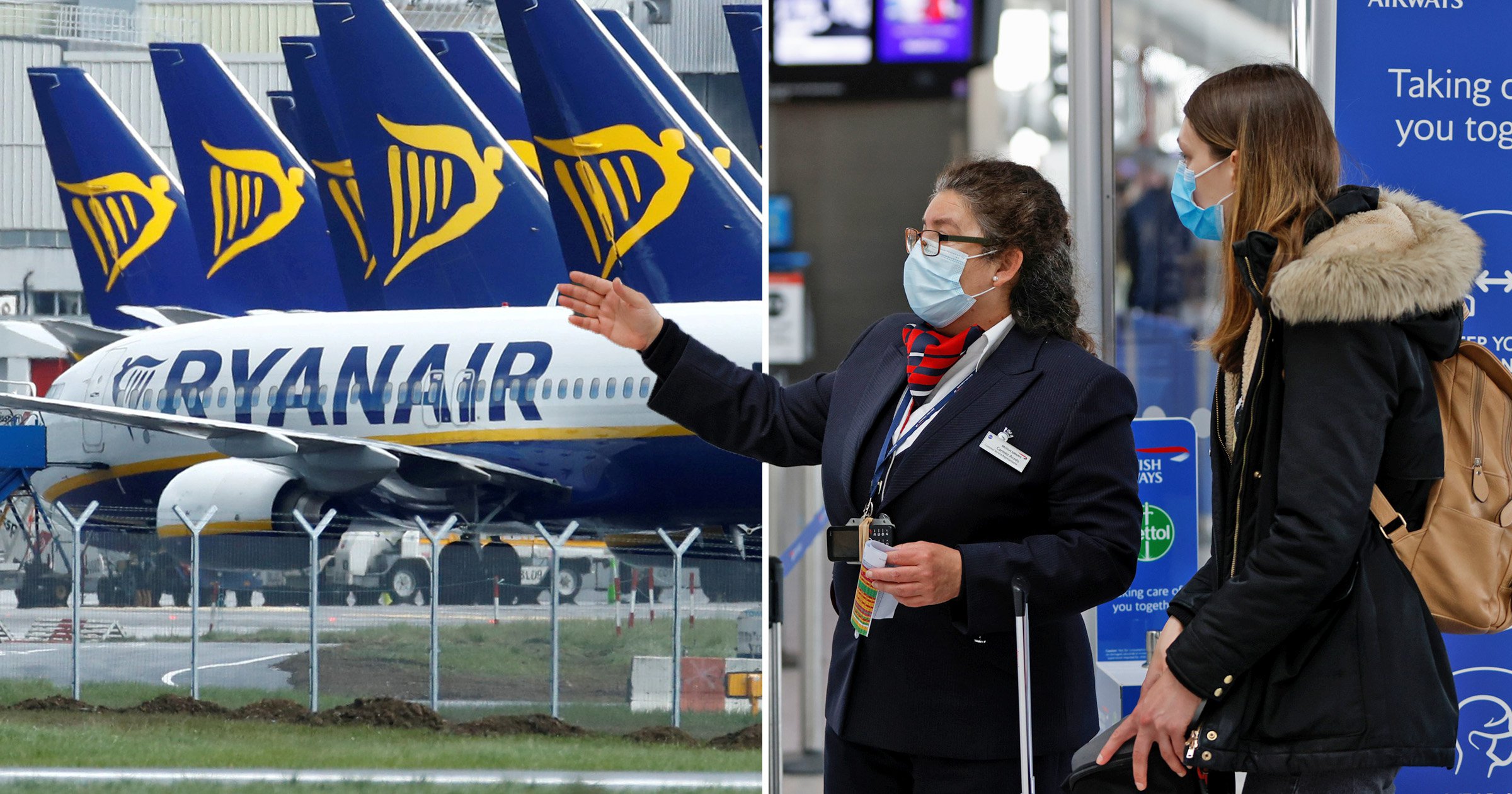 Two airlines are being investigated for not offering refunds to customers who were not allowed to fly during the coronavirus pandemic.

The Competition and Markets Authority (CMA) has today launched action against British Airways and Ryanair to see whether they broke competition laws.

It comes after the CMA launched an investigation into the airlines sector in December last year following reports people were being denied refunds for flights they could not legally take due to lockdown restrictions.

Andrea Coscelli, chief executive of the CMA, said: ‘While we understand that airlines have had a tough time during the pandemic, people should not be left unfairly out of pocket for following the law.

‘Customers booked these flights in good faith and were legally unable to take them due to circumstances entirely outside of their control. We believe these people should have been offered their money back.’

The CMA has today opened enforcement cases into both firms and written to them detailing its concerns, which the flight giants now have the opportunity to respond to.

During periods of lockdown across the UK, British Airways only offered vouchers or rebooking, and Ryanair only provided the option to rebook.

The CMA is concerned the companies may have breached consumer law and left people unfairly out of pocket, and aims to seek refunds or other remedies for affected customers.

Ryanair said it had repaid some people having reviewed ‘the specifics of their cases’.

The investigation relates to times when it was unlawful in one or more parts of the UK for people to travel for non-essential reasons.

The CMA said it will not provide any additional public information about the cases, and it should not be assumed at this time that either airline has broken the law.

It covers flights which were not cancelled, and does not cover any other situations.

The authority cannot issue fines but can enforce legislation through the courts.

It comes after the CMA forced package holiday companies Teletext Holidays and Alpharooms to give back £7 million to customers whose holidays were cancelled during the pandemic.

Similar agreements were made by LoveHolidays, Lastminute.com, Virgin Holidays and Tui UK, after thousands of customers complained that they had not been refunded.

The CMA previously wrote to more than 100 firms reminding them of their responsibility to process all refunds within 14 days by law for any cancellations.

Khloe Kardashian hits back as fan criticises her Kanye West birthday tribute: ‘This is my family – not yours’

When will gym classes resume?