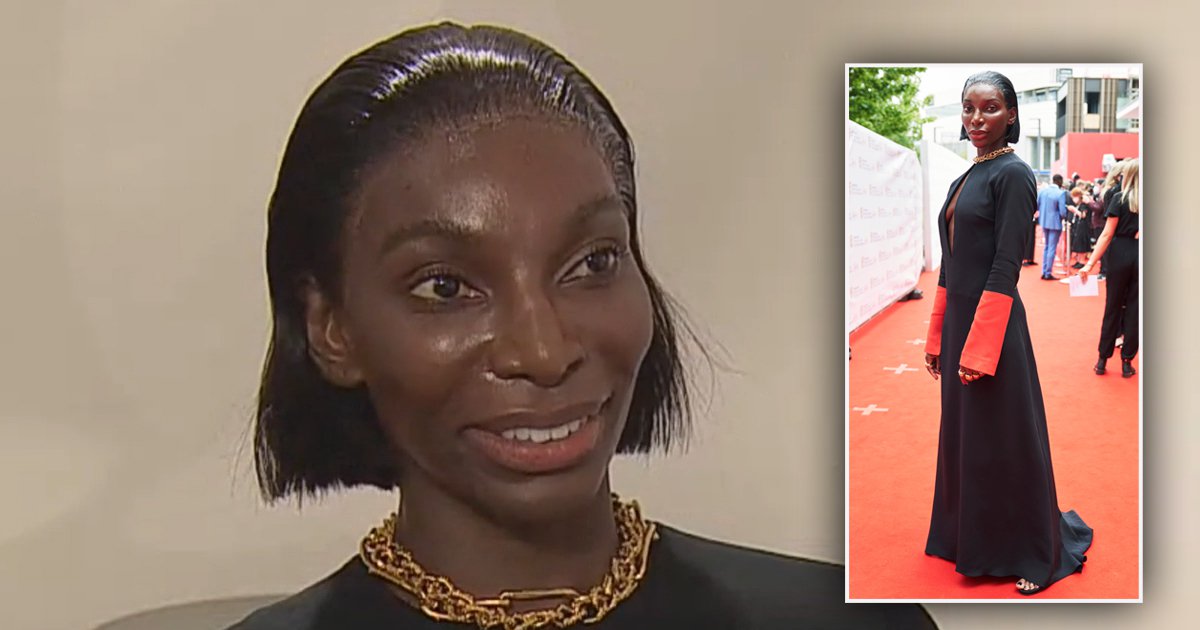 Double Bafta TV award winner Michaela Coel has branded it ‘thoughtless and disrespectful’ not to hire intimacy directors on sets.

The writer-performer, who won in both the mini-series and leading actress categories for her deeply personal TV show I May Destroy You, dedicated her second award of the night – for her acting – to intimacy directors.

In her acceptance speech, she praised intimacy co-ordinators on set as being able to put in place ‘physical and emotional boundaries’, meaning that work about exploitation, loss of respect and abuse of power could be made ‘without being exploited or abused in the process’.

She singled out I May Destroy You’s intimacy director Ita O’Brien as being ‘essential’ to the project.

Elaborating on her dedication to intimacy directors in the winners’ press conference afterwards, having worked both with and without them, Michaela explained: ‘The confidence it gives you to be able to really tell a story that looks harrowing, that looks inappropriate whilst being totally appropriate, [and] whilst being protected means that you’re able to properly tell that story.’

Pointing out that certain scenes could be ‘vulnerable’ and ‘triggering’ for the crew as well as the cast, she continued: ‘To have her there protects everybody, and if you don’t have people like Ita on set when you’re shooting things like that, I think it’s quite thoughtless and I think it’s really inconsiderate, and it shows a lack of mindfulness.’

The star described herself as ‘absolutely stunned’ by her performance win, and became emotional when asked about what it was like to work on a show with such raw and personal material.

‘It really helped me get past some troubling stuff, and what it enabled me to do is sort of pair something quite tragic with something quite beautiful, and that was being able to make a show and create opportunities and see everybody’s talents come together to create it.

‘It kind of replaced bad memories with really nice ones,’ Michaela revealed.

She also admitted that she wasn’t expecting so many people to identify with the show or its characters, saying: ‘I wasn’t expecting people to feel like I represented them and that they saw the show as a mirror unto themselves – and there isn’t really a word for that feeling.’

Speaking to Metro.co.uk, the Chewing Gum star shared what she hoped people would take from I May Destroy You, which was to be more ‘curious’ with being ‘uncomfortable’.

She explained: ‘I think I would like for people to search themselves a bit and to be a bit more curious than they already are.

‘That’s definitely what helped me over these two years of making the show – being curious and thinking about uncomfortable parts of myself, uncomfortable experiences, and not being afraid to ask myself questions.’

For any fans of a potential second season of I May Destroy You, Michaela firmly put the kibosh on that, declaring: ‘I think I May Destroy You has been so huge it’s destroyed itself! It’s over!’

Bafta TV Awards 2021: Time, nominations and how to watch it on TV tonight

Ghosts: BBC comedy forced to axe characters for series 3 due to coronavirus restrictions

And her plans for celebrating her two wins?

MORE : Bafta TV Awards 2021: Romesh Ranganathan to give Bafta TV award to his mum ‘not that she’s earned it’