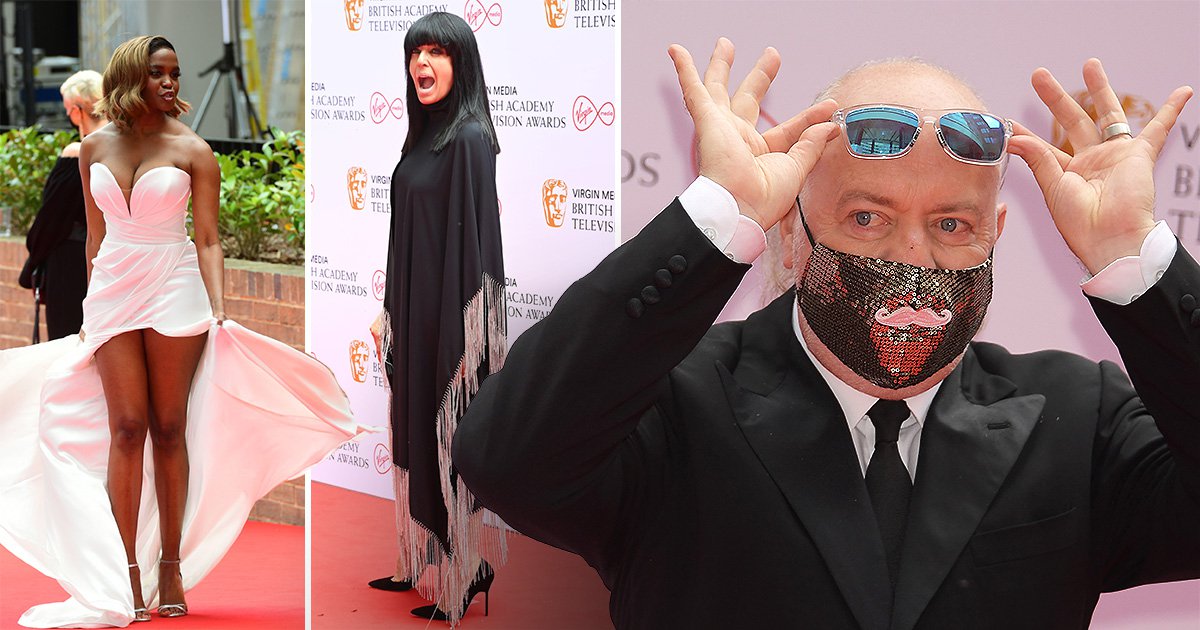 The Bafta TV Awards 2021 nominations features nods to acclaimed shows including I May Destroy You, Small Axe and The Crown, with the line-up also featuring a range of first-time nominees, including Paul Mescal, Weruche Opia and Shaun Parkes.

In a departure from tradition, this year’s guest presenters will appear in person as well as via hologram during the award show.

As they ready to battle it out at the coveted ceremony, some of the biggest TV stars were out in force in their suitably gorgeous outfits.

Showing other programmes what they’re made of, Strictly Come Dancing was represented by the glamorous Oti Mabuse, Bill Bailey and Claudia Winkleman.

Oti, the most recent winner of Strictly Come Dancing and now a judge on The Masked Dancer, wore a breathtaking dress with a thigh high split for her BAFTA outfit.

Her dance partner from the last series of the competition, comedian Bill, looked perfectly glamorous with his tailored suit and sequinned mask, complete with a sewn-on moustache. Oh, and you can’t forget those reflective sunnies for a proper superstar look.

Claudia looked stunning in a black and silver fringed gown, complete with her signature blunt fringe and eyeliner.

Billie Piper wore an 80s-inspired little dress with a big pink bow and sleeve. The award-winning actress wore her long hair in a high ponytail and finished the outfit with some towering stiletto heels.

Daisy previously won a Bafta in 2010 after being nominated for the Best Female Comedy Performance award for her performance as Kerry Mucklowe in This Country.

Helena Bonham Carter made a theatrical entrance in a summery polka dot ensemble with a flowing full skirt. She has been nominated for her performance in The Crown.

Killing Eve star Jodie Comer looked as chic as ever on the red carpet with her wavy locks, paired-back jewellery and a navy jumpsuit.

Actress, screenwriter and director Michaela Coel stood out in a black number with red sleeves and a cut out chest.

She has been recognised for her stellar performance in I May Destroy You, as has her costar Paapa Essiedu.

Jessica Plummer, an actress from EastEnders and a contestant on I’m A Celebrity, looked radiant in a gorgeous silver crop top and ruffled mini skirt outfit.

For her character Chantelle’s tragic death on the BBC soap, the actress is nominated for TV moment of the year.

The Bafta TV Awards airs tonight at 7pm on BBC One and BBC iPlayer.

UK Covid cases rise by 65% in a week with 5,341 more infections with fears June 21 final freedom will be delayed

What does the percentage of rain mean on weather forecasts and the iPhone app?