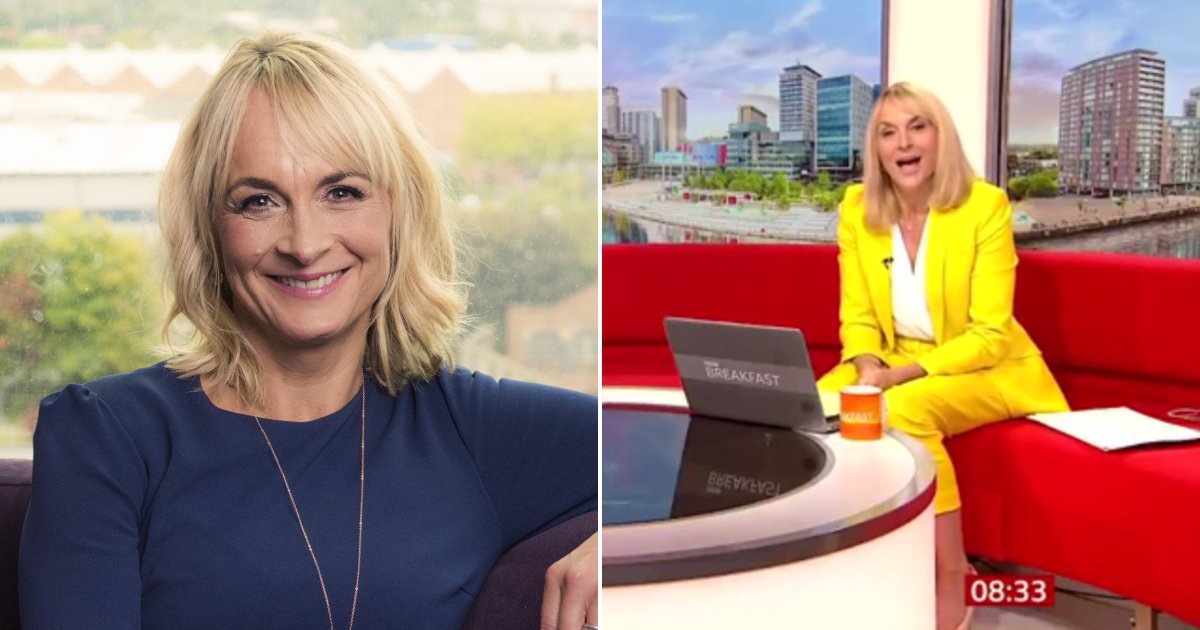 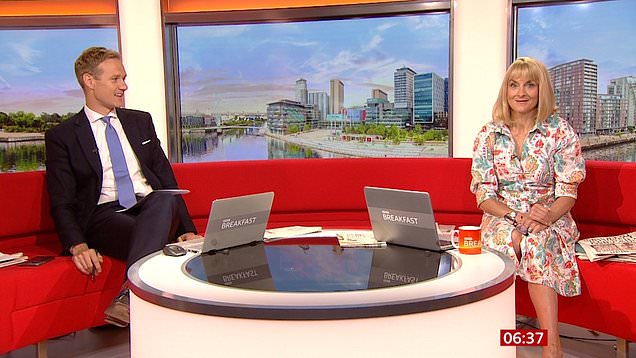 Louise Minchin has appeared to confirm when she will be exiting BBC Breakfast ahead of the news programme being taken off air during the Tokyo Olympics.

Last month, Louise announced that after 20 years, she would be leaving her post on BBC Breakfast.

Speaking on the show, the news presenter said that it was ‘time I stopped setting my alarm for 3.40 in the morning’, adding: ‘I’ve loved being part of it.’

At the time, Louise didn’t say exactly when she would be leaving, simply stating that it would ‘not be for a while’.

However, some viewers may think that her departure is more imminent than previously thought, after a comment made by her co-host Dan Walker on Wednesday’s programme.

Louise’s colleague explained that ‘in the next few days we’ve got a lovely build-up to the Olympics this summer’, which starts on Friday July 23.

‘Because this programme is actually not on, is it, for the course of the Olympics,’ he said, turning to Louise.

Louise turned back to him, stating: ‘I’m not here.’

Dan went on to talk about Olympic documentaries that he found himself becoming emotional watching.

‘I may not be here but I will be watching back-to-back Olympic sport, it’s my favourite time of the year,’ Louise added.

While some viewers may have interpreted this to mean that Louise would be stepping down from her role as a BBC Breakfast presenter ahead of the Olympics, the BBC has confirmed to Metro.co.uk that she will be leaving the show later this year.

The broadcaster added that Louise’s remark was in reference to the fact that the Olympics BBC Breakfast programming, which begins on July 24 and ends on August 8, will be hosted by Dan and Sam Quek, while Louise will not be presenting.

The Olympics BBC Breakfast programming will air daily from 5am to 9am during the sporting competition.

Earlier this month, Louise hinted that she could be eyeing up Strictly Come Dancing after her husband lifted his ‘lifetime ban’ on the show.

Speaking on the Her Spirit podcast with Carol Kirkwood, Louise said: ‘The other day on Breakfast Dan mentioned it and I said the line that I’ve said for many years that I’m on a “lifetime ban” from my family and my husband texted and said “ban lifted”.’

Baptiste season 2: Who's in the cast, and how many episodes will there be?

Baptiste: What happened at the end of season 1 as the series returns?

Carol said that Louise ‘would be brilliant’, saying that she’s ‘got rhythm’ and is ‘competitive in a healthy way’.

Louise noted that she was contacted about appearing on the show in the past, but turned down the opportunity as she is good friends with former judge Darcey Bussell, who exited in 2019.

BBC Breakfast airs every day from 6am on BBC One.

MORE : BBC Breakfast bosses hunt for new host ahead of Louise Minchin’s departure – will an unknown talent win the role?

Are the Love Island cast head-hunted?