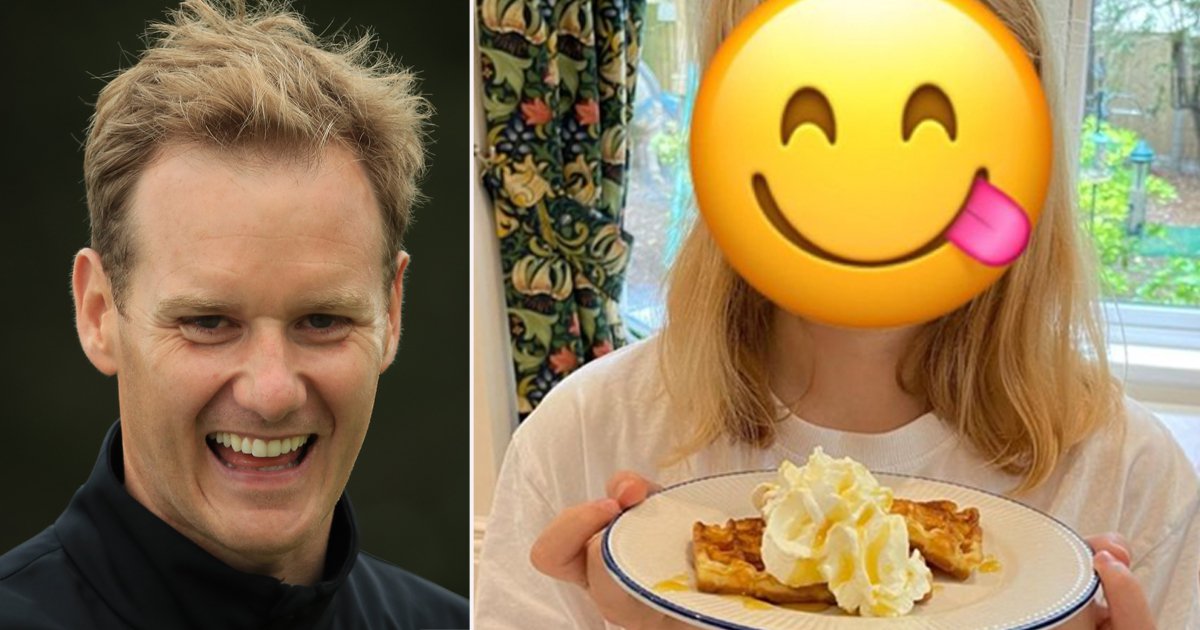 BBC Breakfast’s Dan Walker shared a rare picture of his daughter Susie as she celebrated her 14th birthday.

The 44-year-old usually avoids sharing snaps of his three children, including daughter Jessica and son Joe, who he shares with Sarah, his wife of 20 years.

However, clearly in the mood for festivities, the television host shared an image of the teen while ensuring to cover her face with an emoji to protect her privacy.

He also shared an image of a ‘Happy Birthday’ sign hanging up in the living room, as well as a delicious looking cake.

‘She wanted waffles for breakfast, a chocolate brownie cake with sprinkles for later & some brown converse high-tops (which are surprisingly hard to find).’

He concluded: ‘I hope you have a lovely Sunday.’

Dan has been married to his wife Sarah for two decades after meeting at the University of Sheffield in 1999.

He previously spoke of their decision to move back to Sheffield as a family in 2017.

Dan told the Daily Mail: ‘My wife Sarah and I moved to Sheffield last year because it’s played a big part in our lives – we both studied here and it’s where I began broadcasting.’

Meanwhile, in April, it was announced that Dan was quitting Football Focus after presenting the programme for 12 years.

Following his departure, numerous people have speculated that pundit and former professional footballer Alex Scott could take his place.

MORE : Dan Walker ‘replaced by Alex Scott’ on Football Focus as he quits after 12 years

Covid cases up two thirds in a week as 5,683 more people test positive and one person dies

It’s 20 years today since Monica and Chandler got married in Friends: How the TV wedding of the 21st century almost didn’t happen…