CHINA is secretly building a new ‘Great Wall” in the South China Sea it is claimed.

Beijing has opened a massive military base on a disputed island fortress in the strategic region as the conflict escalates.

Satellite photos seen by the Washington Times, show deployments of PLA KJ-500 airborne warning and control aircraft to Mischief Reef in the Spratly Islands in May and in June, while other satellite photos showed the stationing of a Y-9 transport aircraft and Z-8 helicopter to Subi Reef.

He told the publication: ”The most significant change in military posture in 2021 is the appearance of Chinese special mission aircraft and helicopters at Subi and Mischief Reefs, indicating the PLA may have commenced routine air operations from those airfields.”

It comes as last year it was claimed China was using the coronavirus crisis to assert control of the vital South China Sea.

Beijing claims it owns most of the disputed patch of ocean, despite several other countries having seemingly legitimate claims under international law, such as Taiwan, Malaysia, Vietnam, the Philippines and Brunei.

An independent ruling from a UN-backed tribunal disputes this, saying the waters are international.

The convention states that nations’ claims to the waters around them must be measured from land.

To thwart this, Beijing has been building man-made islands on top of coral reefs in the middle of the South China Sea for years, before using them as military bases – despite promising not to.

Back in 2015, China insisted that it was building safe havens and rescue facilities for commercial fishing and shipping on the Paracel and Spratly Island reefs.

”Relevant construction activities that China are undertaking in the Nansha (Spratly) Islands do not target or impact any country, and China does not intend to pursue militarisation,” Xi said at the time after satellite photos revealed China had turned a string of disputed islands into fortresses.

The presence of modern combat aircraft will ”fill critical gaps in PLA navy capabilities in the South China Sea, especially in terms of reconnaissance and airpower,” added Dahm.

”These aircraft will allow China to use assets in the region more effectively, its so-called maritime militia, for example, to wage their campaign of harassment in scenarios short of war.” 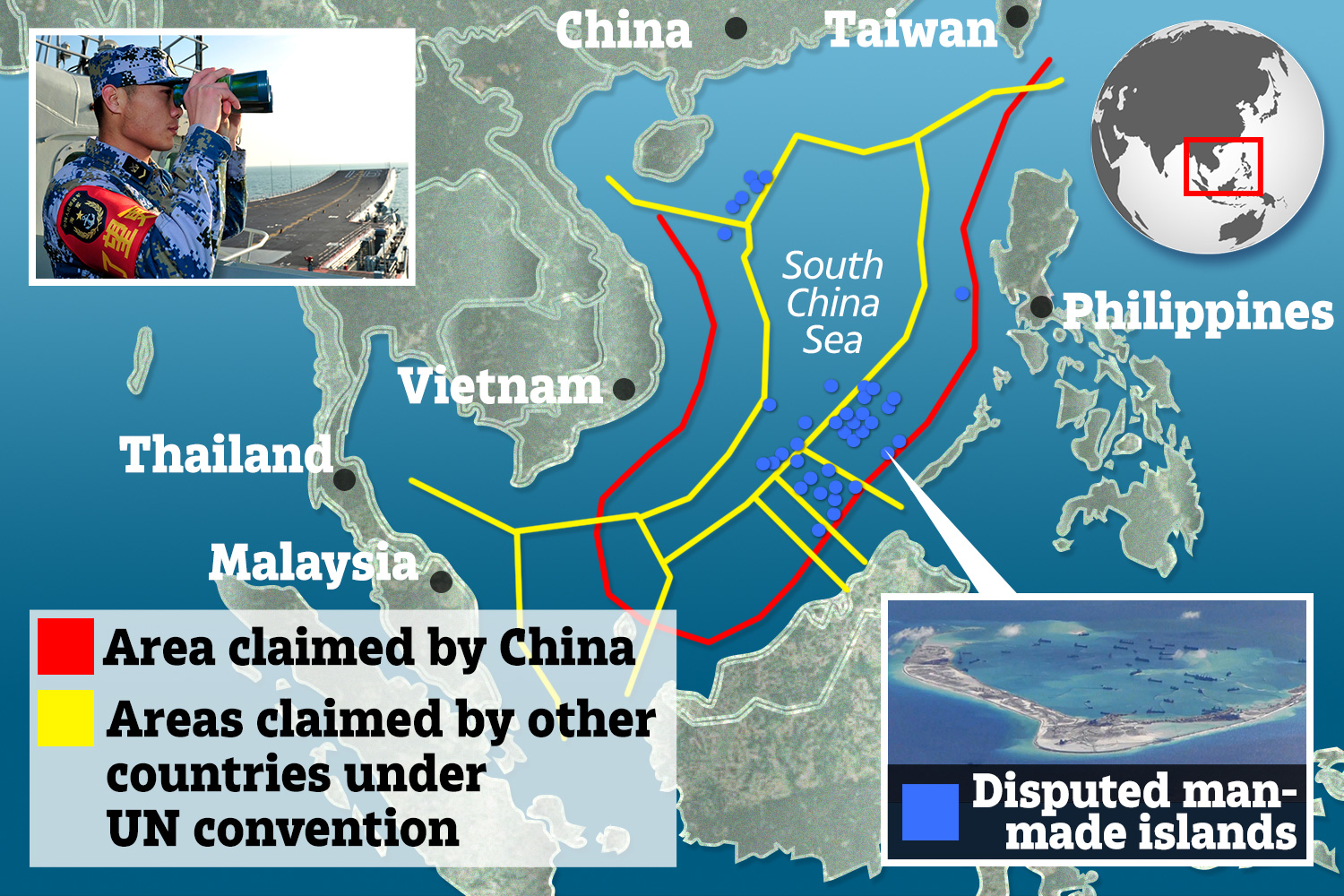 ”China has deployed AWACS to Mischief Reef before, but it seems that this is now a more regular, permanent deployment,” he added.

It comes after China claimed a US warship had illegally entered its territorial waters near the Paracel Islands without permission in May.

In a statement, the Chinese military’s Southern Theatre Command said the US action violated China’s sovereignty and undermined regional peace and stability.

What is the difference between Eid al-Fitr and Eid al-Adha?