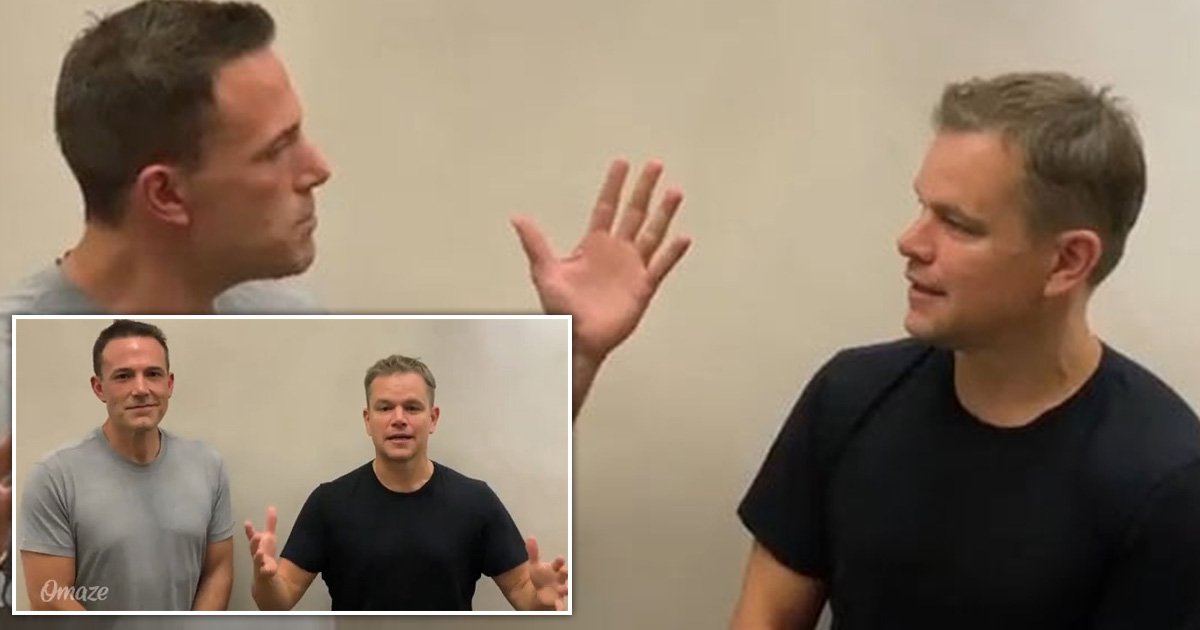 Matt Damon and Ben Affleck may be the best of friends, but the pair turned to rubbing each other as they paired up for a charity giveaway.

The Oscar winners have teamed up with Omaze to raise money for the Eastern Congo Initiative and Water.org by giving a fan and a friend the chance to win a trip to LA to hang out with them.

Confused, Matt responded: ‘What do you mean spice it up?’

Remaining deadpan, Ben informed him: ‘No one wants to come have dinner with this guy. Let’s do another take and you like sell it, push it.’

On the second take, Ben told Matt to not ‘act weird’, adding: ‘Tell them something they’re interested in like, “Hey, come see Jason Bourne and Batman …”‘

Matt then cut Ben off and asked ‘Robert Pattinson’s coming?’ to which Ben – who starred as the superhero – replied: ‘No, Jeremy Renner will be there, though.’

Matt clarified: ‘Jeremy Renner did not play Jason Bourne, he expanded the Bourne Universe,’ while Ben added: ‘He improved on it’.

Ben had played Batman in 2016’s Batman v Superman: Dawn of Justice, 2016’s Suicide Squad and 2017’s Justice League before Robert replaced him for the upcoming The Batman movie.

Jeremy had replaced Matt as the lead character in the Bourne franchose, but didn’t play Jason Bourne, instead starring as the new lead character, Aaron Cross.

Thankfully the ribbing between Matt and Ben is just banter – everyone knows these two will be firm friends for life.