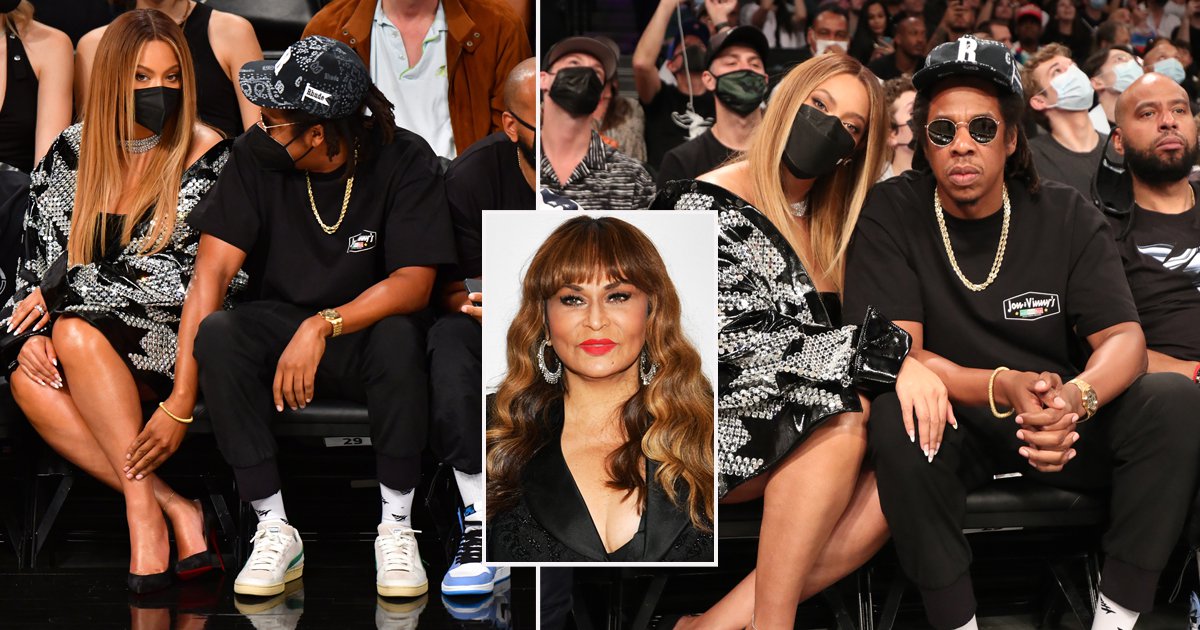 Beyonce’s mom Tina Knowles has shut down rumors that the singer is suffering from social anxiety.

As some fans might have noticed, Bey and her husband Jay Z love to watch basketball game courtside.

When they do, the rapper is often snapped rubbing his wife’s leg causing some fans to speculate that his superstar partner needs to rub to help soothe some form of social anxiety she might be suffering from.

The theory began to float around again this week after the pair headed to the NBA game between the Brooklyn Nets and Milwaukee Bucks in New York City on Saturday.

However, Ms Tina was quick to set the record straight on Instagram as she laughed off the rumors.

The former hairdresser shared a collage of leg rubbing moments over the years, insisting in the caption that touching one another is just something that happens when you’re in love.

‘When you love someone and like them you just want to touch them !’ she began. ‘Me and [my husband] Richard are always touching even if it’s just our feet ! Yeah!! That’s what you do !❤️.’

She continued: ‘For those of you who don’t understand , Try it sometimes it works !! Human Touch is how you stay connected!!❤️ So comical people saying she has anxiety in public and that’s why he touches her !

The mother-of-two concluded: ‘BTW if someone has anxiety then it is great for their partner to touch them to calm and reassure them. That’s a beautiful thing . It just happens to be not the case here.’

Hear that, folks? The ‘Jayonce leg rub’ is nothing more than a sweet gesture of affection.

The couple, who married in 2008, were without their children Blue Ivy, nine, and three-year-old twins Rumi and Sir during their basketball date night.

How video games saved the world from lockdown – Reader’s Feature