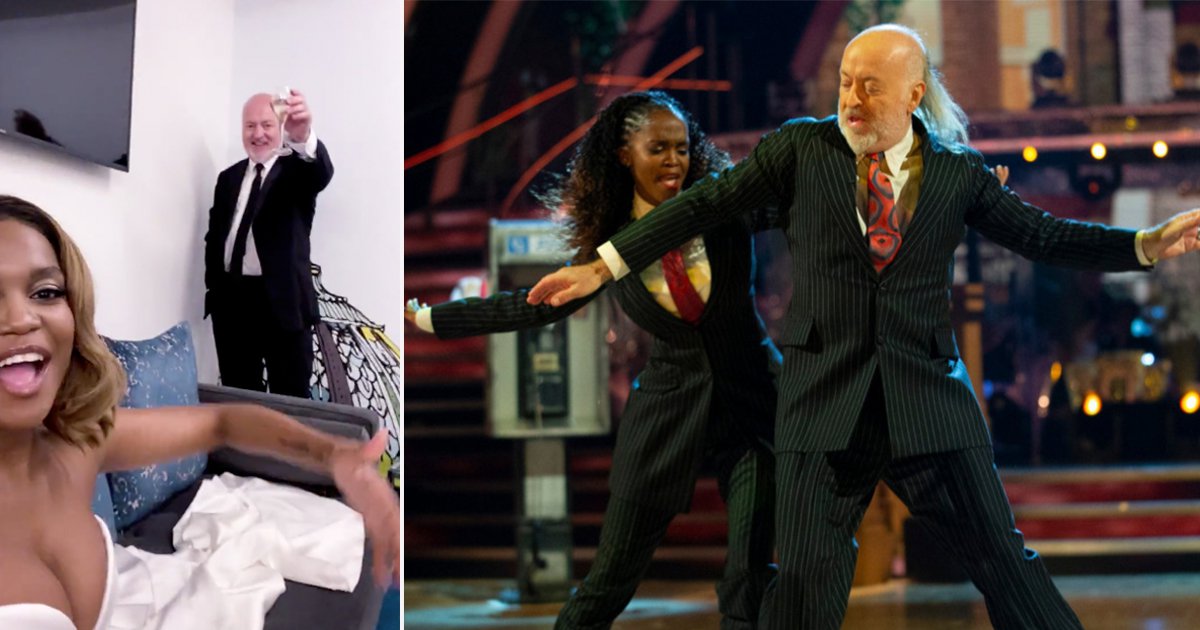 The pair were back together on the red carpet at the ceremony, and took time out backstage to film a fresh version of the song.

Their dance from last year’s Strictly Come Dancing earned 27 points for their Couples’ Choice routine which became one of the most memorable moments of the series.

Oti posted a new version of the song on Instagram, and it’s the most wholesome thing you’ll see today.

Enjoying a glass of champagne in the green room at the awards, Bill and Oti rapped the song together and remind us all why they won over fans on the series last year.

Fans were overjoyed to see the pair back together, sharing their appreciation in the comments.

‘Just brilliant! What a great pairing you were,’ one wrote.

Another said: ‘You two have still got it. What a partnership.’

Bill and Oti were crowned champions of Strictly last year, after beating EastEnders’ Maisie Smith and singer HRVY in the final.

Meanwhile, Oti also spoke about her future on Strictly after saying the next series ‘won’t be her last’.

The professional dancer previously sparked speculation that she was quitting the ballroom dancing series after six years when she stated in a recent interview that 2021 would likely be her last year. However, she has since clarified that she will be back to compete for the glitterball trophy once again.

Strictly Come Dancing is expected to return to BBC One later this year.

Harry and Meghan’s baby daughter name in honour of Queen and Diana is attempt to fix rift with family, says royal expert

The Pact viewers convinced they’ve spotted ‘blunder’ at murder scene – but is it actually a key clue to killer?