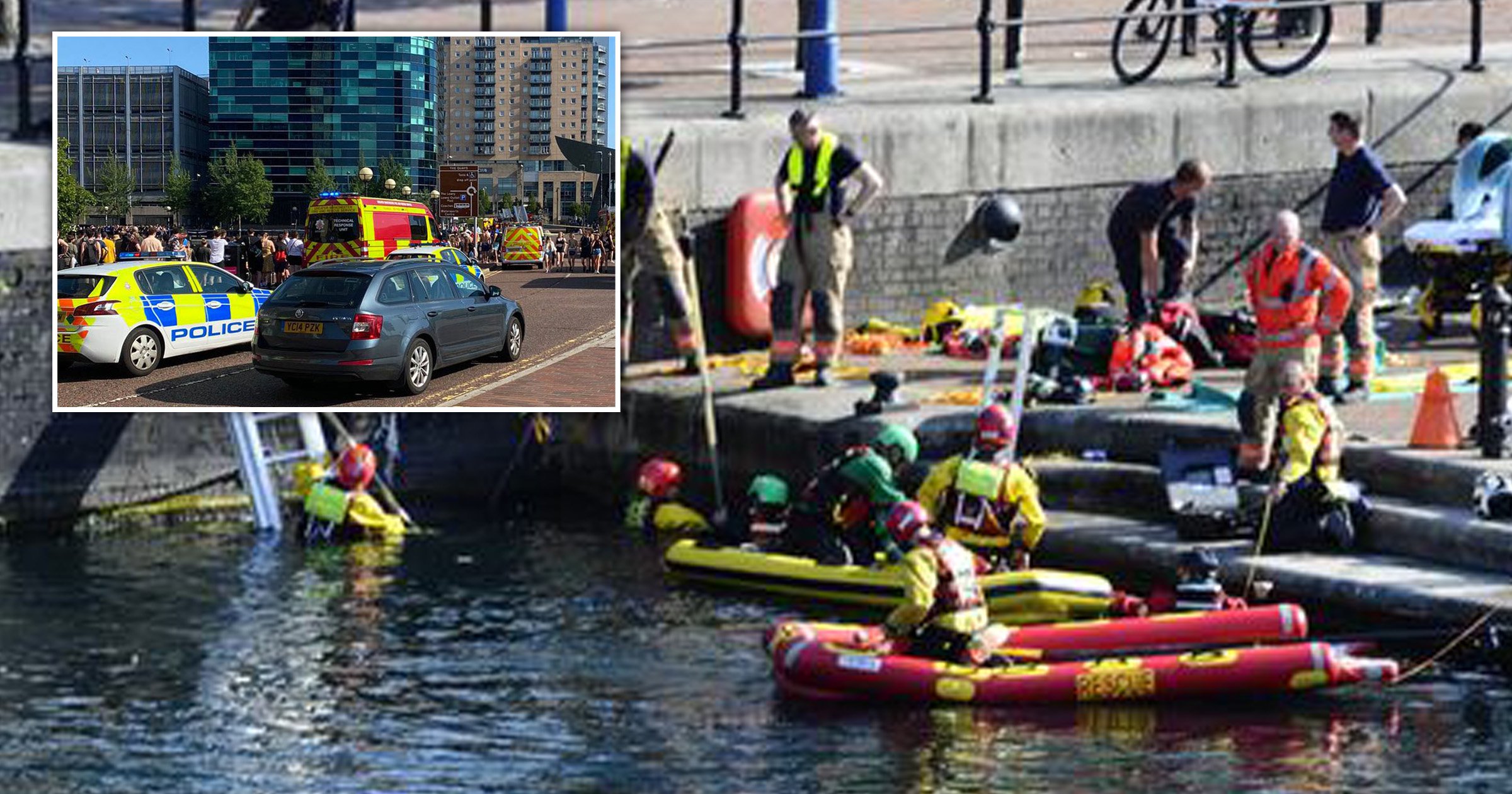 A young man has died after getting into difficulty while swimming in Salford Quays.

A huge search operation was launched to find the 19-year-old this afternoon following reports that he was struggling in the water in Greater Manchester.

Greater Manchester Police confirmed this evening that his body has been recovered from the water.

In a statement, the force said: ‘Sadly, despite a rescue operation at Salford Quays this evening, a 19-year-old man has lost his life.

‘Our thoughts are with this young man’s family and friends, and the people who witnessed the tragic events.

‘We will provide further updates when we have them.’

The search came on a particularly busy day in The Quays as the hottest day of the year attracted swimmers diving into the water.

A large crowd had gathered from behind the police cordon throughout the afternoon to watch the rescue mission.

Greater Manchester Fire and Rescue Service said it had received ‘several’ calls at around 4.35pm to reports of a person getting into difficulty in the water.

A spokesperson for the service told the MEN earlier: ‘We have been searching the water for more than 30 minutes using fire service boats, divers and under water cameras – but we have not yet found the person.’

The Canal and Rivers Trust ‘strongly advises’ against going into water, as ‘there are too many risks that you can’t see hidden below the surface’.

Who is Carlos Ghosn and what’s his net worth?