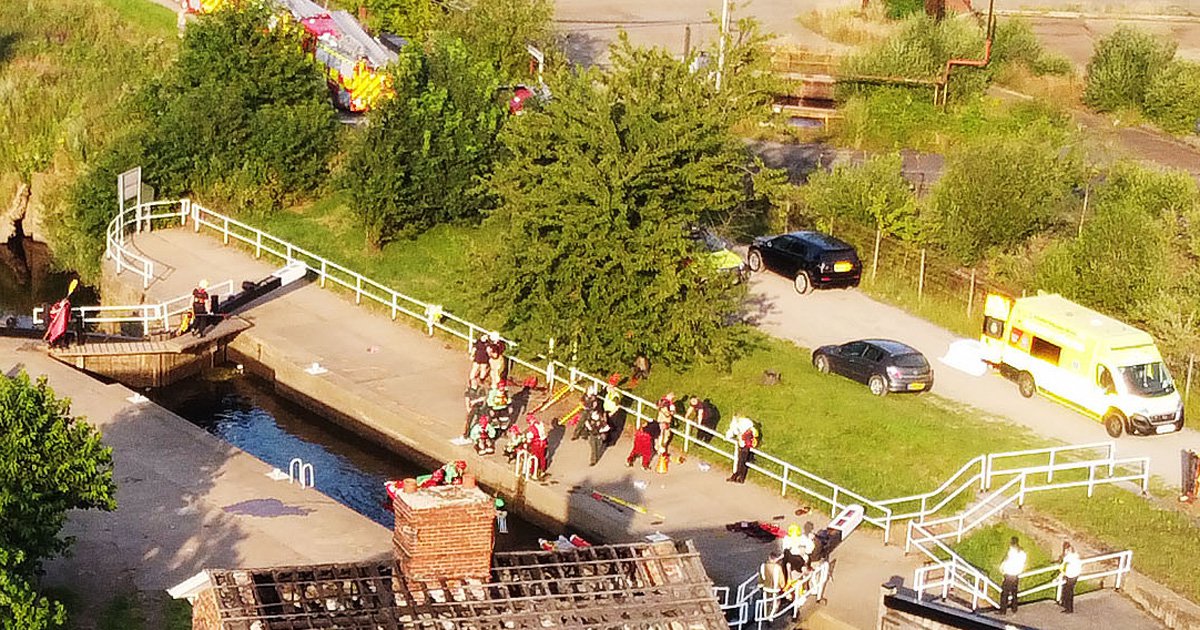 A 15-year-old boy has been found dead in a canal on the hottest day of the year.

This latest tragedy in Knottingley, West Yorkshire, has prompted a police warning following 11 deaths in water during the heatwave so far.

The teenager’s body was recovered from the canal yesterday afternoon by officers who are appealing for information about how he ended up in the water.

People hoping to cool off in the sun are being warned about the dangers of open water following a number of fatalities linked to the warm weather.

On Saturday, a man swimming in the sea near Blackpool drowned after getting into difficulty.

Two teenagers died in water in Greater Manchester and Oxfordshire on Sunday, along with a man in his 50s who was pulled from the River Ouse in York.

Another man’s body was also recovered from a lake at Crookes Valley Park in Sheffield.

Rescuers in Derbyshire found a body at the flooded Victory Quarry near Buxton.

On Monday, a swimmer died in a lake at Pugneys Country Park in Wakefield, West Yorkshire.

In east Devon, a woman in her 60s sadly died after being pulled from the water at Axmouth harbour.

Yesterday, a body was found in the River Weaver, Cheshire, in the search for a missing 16-year-old boy.

Mohammad Hamid, 16, who drowned in the River Eden in Carlisle on Sunday, and Ngapee Merenga, 19, who died in Salford Quays, are among the victims to have been named.

Detective Chief Inspector Tony Nicholson said: ‘This has been a tragic incident in which a boy has sadly lost his life and I would like to advise people of the dangers posed by open water.

‘Even on days as hot as we have had recently, canals can still be very cold and cold water can cause cramps in even the strongest swimmers.

‘Currents created by boats and water movements around locks and weirs can also be dangerous. There may also be items lurking beneath the surface that could cause injury.’