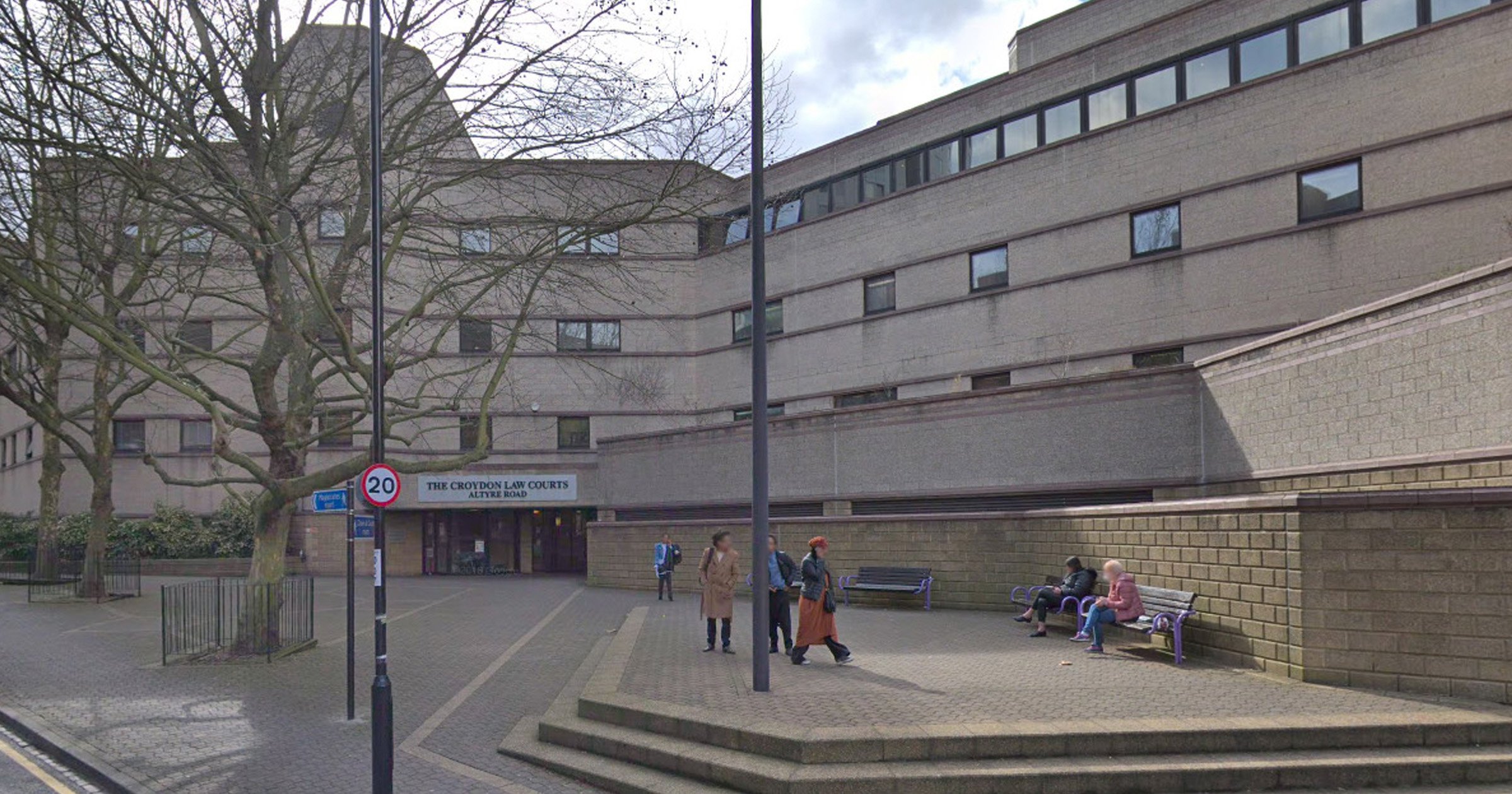 A ‘highly dangerous’ teenager who sexually assaulted four schoolgirls has been jailed – but you can’t know his name.

The 16-year-old boy, who also stabbed two children during a horrific crime spree, can’t be identified legally because of his age, despite the seriousness of his offending.

According to prosecutors, the predator would ‘prowl the street looking for girls to attack as they made their way to school each morning’.

He has left his victims scared to leave the house alone and even looked up news reports detailing his own vile actions.

But his automatic right to anonymity was not lifted by Croydon Crown Court, meaning his identity must remain a mystery to the public.

The teen began his series of terrifying attacks aged 14, when he sexually assaulted a 13-year-old girl in Thornton Heath, south London, in November 2019.

In September 2020, he tried to pull a 13-year-old girl’s underwear off after punching her mother in the face.

Prosecutor Jason Seetal said: ‘He was walking behind them, then he suddenly disappeared and reappeared, immediately punching the mother in the face causing bruising and swelling to the right cheek and jaw.

‘Before pushing the second of those complainants aged 13 to the ground, lifting up her skirt and causing marks and scratches to her neck, at the same time trying to remove the underwear of that complainant.’

Weeks later, he forced another 13-year-old girl into an alleyway at knifepoint and sexually assaulted her.

On November 4, his streak became even more violent when he followed a girl on her way to school before attacking her with a knife.

The prosecutor said: ‘She noticed someone following them…he has come up behind the complainant, stabbed her behind the leg, between the buttocks and knee, before [he] has run off.’

But that wasn’t enough, and just two days later he did it again, stabbing a girl in the left arm as she crossed the road on her way to school before fleeing.

The court heard how the offences all ‘convey some form of sexual undertone’ and that he had an ‘obsessive interest’ in extreme pornography.

He was finally arrested at home on November 8 last year

The teenager pleaded guilty to one count of assault by penetration, four counts of sexual assault, two counts of causing grievous bodily harm with intent and one count of common assault.

He was sentenced to four-and-a-half years in custody with a further three years on licence.

His parents made a failed attempt to secure bail for him at an earlier hearing, claiming they usually monitored him at all times and always escorted him to and from his school.

The court heard the boy was attacked with a pool queue in custody, after a detention officer revealed the allegations against him to other detainees.

Nathan Paine-Davey, from the Crown Prosecution Service, called his actions ‘disturbing and incredibly concerning for the local community’.

He added: ‘Some victims were alone, while others were in the company of a friend or a parent – but this did not deter the defendant whose offending became more and more serious each time.

‘Many of these young girls now fear going out alone and have suffered a terrible loss in confidence.

‘The prosecution case included hours of CCTV footage pieced together along with DNA evidence and a digital search of the teenager’s mobile phone which showed that he had searched for news about one of his own knife attacks.

‘I hope this conviction goes some way in reassuring the public that the CPS will work with the police to catch and prosecute those who commit violent and sexual crimes against young girls.’

Girl, 13, reveals moment she ‘saw schoolboy pull out gun and shoot 15-year-old in the face’ on way to school

Girl, 15, raped in the sea in front of unaware beachgoers as cops hunt boy, 17, over Bournemouth attack