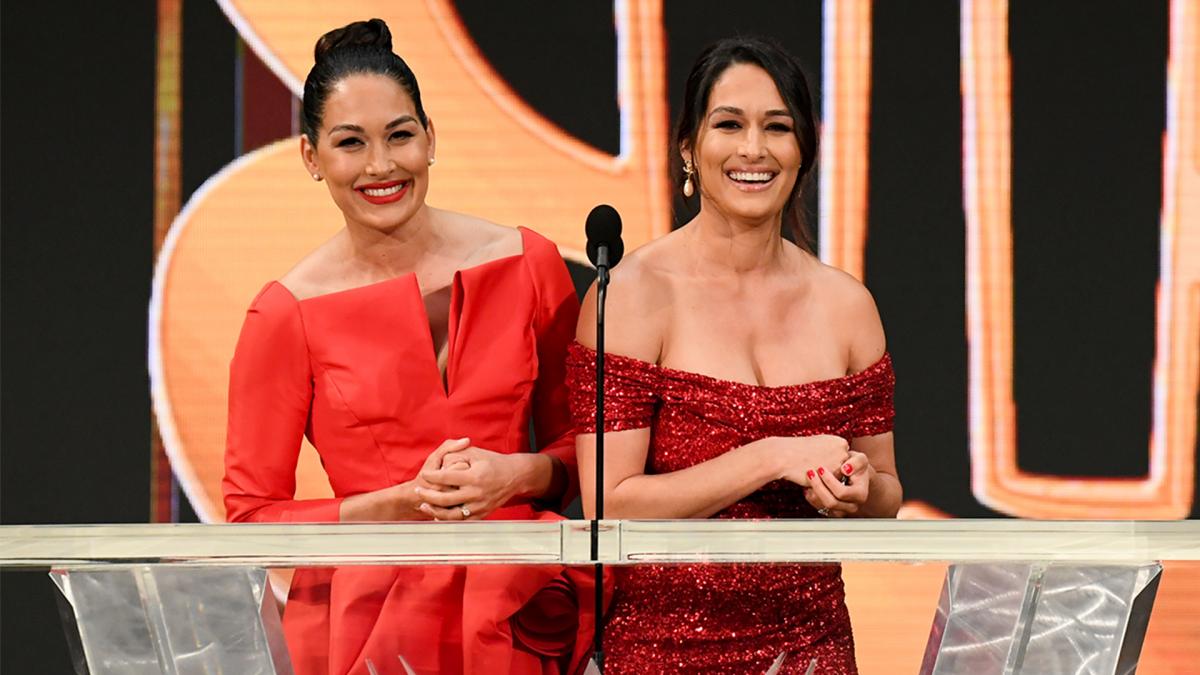 The 37-year-old retired wrestler has revealed she sent her sister Nikki’s ex-fiancé – whom she split from three years ago – a message back in April to thank him for his support throughout her in-ring career.

‘The one thing that I always give John Cena credit for, he was the guy who sat in a chair, watched the monitor the whole time. When you came back from your match, he’d give you advice.

‘He always cared about everyone’s match and their work and how to help them improve. And I’ll never forget that. And so, I told him all the time, and also I was their third wheel, it’d always be all three of us traveling all the time.

‘So, I was like, the memories and how much you just always gave us great advice, I’ll never forget that. It’s why we’re here.’

The twins were both honoured at the ceremony, and Nikki – who mentioned her former flame during their induction speech – didn’t think twice about acknowledging the role he played.

She said: ‘For me, I look at my career and I know that wasn’t just because of me. It was Brie, it was the Bella Army, it was the producers, all the people that believed in me, and John was a big part of that.

‘He really helped me be that fearless side and showed me a part of that world that I never saw before.

‘I think just because you have breakups or whatever it may be, doesn’t mean you can’t thank those people and just truly be so grateful for the help that they had.’

Nikki is now engaged to Artem Chigvintsev, with whom she has 11-month-old son Matteo, while John is married to Shay Shariatzadeh.

MORE : John Cena apologises to China in Mandarin after calling Taiwan a country in Fast and Furious 9 interview

Sex Education series 3 timeline: Everything we know so far from filming after brutal series 2 ending

Who was revealed on The Masked Dancer UK? Rubber Chicken and Frog face-off