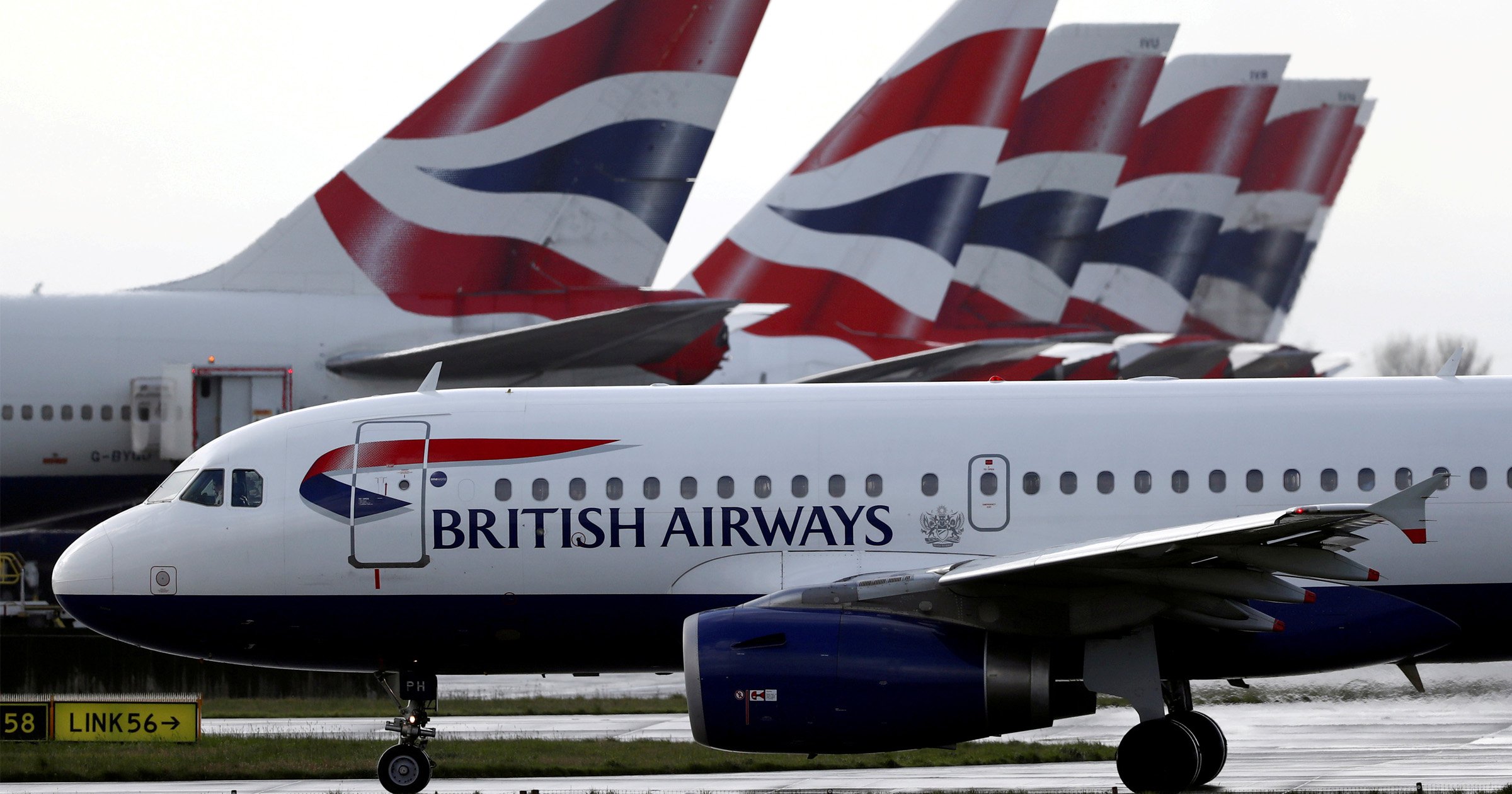 British Airways has furloughed thousands of staff members because of delays to international travel resuming.

The airline confirmed that a large number of its workers – including management staff – have been put back onto the scheme.

British Airways had begun to bring people back ahead of the easing of restrictions on foreign holidays on May 17.

However, no top holiday destinations were put on the green list, meaning travellers returning from places such as France, Spain, Italy and now Portugal must quarantine at home for 10 days.

Thousands of holidaymakers in Portugal had to fly home early to avoid quarantine restrictions after the Government moved the country from green to amber at short notice earlier this week.

Official advice remains not to visit amber countries for leisure.

This has meant the travel industry is now almost at a standstill as the majority of people are choosing not to travel.

A large number of British Airways staff were already on furlough before the latest round of furloughs took place, it is understood.

Many will go onto the flexible furlough scheme and work part-time, in the hope international travel will resume in full soon.

The firm has called for the Government to open international travel ‘as soon as possible’ and add ‘low-risk’ nations such as the United States to its green list.

A British Airways spokesman said: ‘Like many companies we’re using the furlough scheme to protect jobs during this unprecedented crisis.

‘However, it’s vital the Government follows its risk-based framework to reopen international travel as soon as possible, putting more low-risk countries, like the US, on its green list at the next available opportunity’.

It comes as Airlines UK, a trade association representing UK carriers, argued furlough support for aviation workers should be extended until April next year.

In a letter to Chancellor Rishi Sunak, the industry body said airlines have made pre-tax losses running into billions of pounds and announced more than 30,000 job cuts during the coronavirus pandemic.

Airlines burn through big budgets when not operating because of engineering, safety and maintenance costs, and this decision is thought to be an attempt to save cash.

The furlough scheme, which pays up to 80% of wages, is due to end in September, but the letter called for it to be extended until the end of April 2022.