FANS still mourning the loss of Big Brother are in for a treat when the next series of Celebs Go Dating returns.That’s because it...
Read more
Home Entertainment Broadway and Mrs Doubtfire actress Doreen Montalvo dies aged 56
Entertainment
October 18, 2020
Updated: 4 days ago 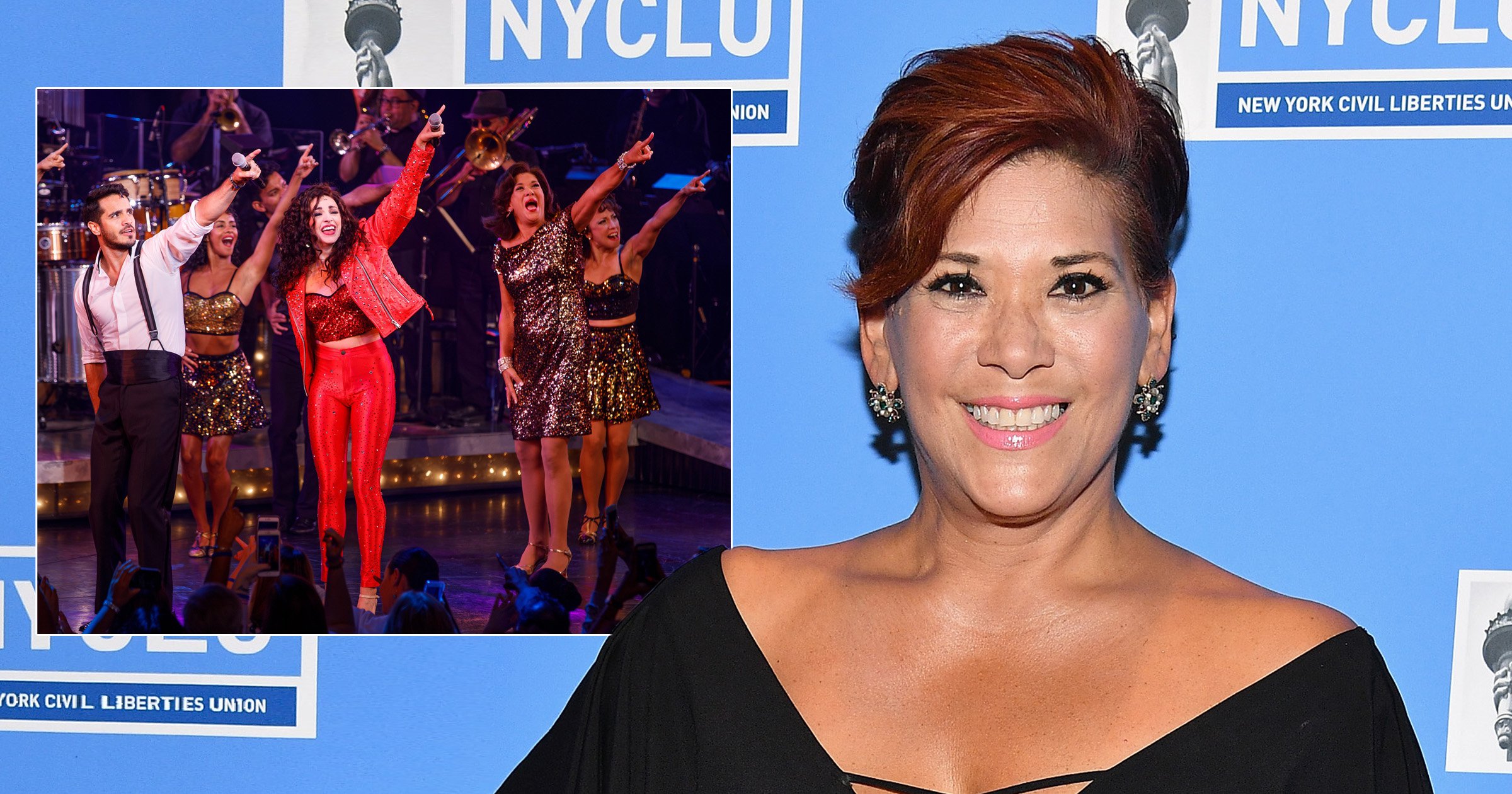 Broadway star Doreen Montalvo has sadly died at the age of 56, it has been confirmed.

The actress, who was best known for starring in the musicals Mrs Doubtfire and In The Heights, died on Saturday a month after suffering a stroke.

Confirming the sad news, Montalvo’s manager Steve Maihack said in an Instagram post: ‘We are devastated to hear she has left us today. Our thoughts and prayers continue to go out to her husband Mike Mann and their family during this time.

‘Love and light to all her friends, colleagues and fans…my heart aches for us all.’

In a lengthier post, Maihack recalled fond memories of working with Montalvo and said: ‘It’s been my honor and extreme pleasure to have worked with Doreen, as her manager.

‘From the minute we met it was like we had been friends for years. Kindred spirits, for sure.’

He continued: ‘My favorite memory will be watching you as Gloria Fajardo in the OYF tour at the open-air outside KC Starlight theater….belting out ‘Mi Tierra’ to an audience of 8000, with the sun literally setting as if God himself was directing the most PERFECT moment for us all. It was thrilling.’

Maihack went on to note how the past year ‘had been such an exciting one’ for Montalvo, who had filmed for the movie adaptations of both In The Heights, produced by Lin-Manuel Miranda, and the Steven Spielberg-directed West Side Story.

In March, Montalvo had starred in three previews of Broadway’s Mrs Doubtfire but production was halted due to the coronavirus pandemic before it could open to wider audiences.

‘She was also making strides in the tv world- which she was a natural at. Doreen could do anything. She was like a winning lotto ticket,’ Maihack said.

He continued: ‘She was all of ours winning lotto ticket. We will continue to carry her, telling her story and remembering the talent and love she shared with us all. Most importantly the LOVE, as long as there is love.

‘DOREEN, what an absolute blessing to have known you on your incredible human journey. I pray for you and will love and miss you, para siempre. Para Siempre. PARA SIEMPRE.’

Montalvo’s TV credits include Law & Order, One Life To Live, The Good Wife and Smash.

The Mrs Doubtfire Twitter account reacted to the sad news and said: ‘The Mrs. Doubtfire the Musical family mourns the loss of Doreen Montalvo. Doreen’s immense talent was matched by her extraordinary kindness and remarkable generosity.

‘Her light shown brightly onstage and off. She was beloved by the entire company and by every person who was lucky enough to call her a colleague or friend.

‘Our hearts are with her husband Mike and all of her family and friends.’

Montalvo was playing the role of Janet Lundy in the musical.

The actress is survived by her husband Michael Mann, who she married in 2010,