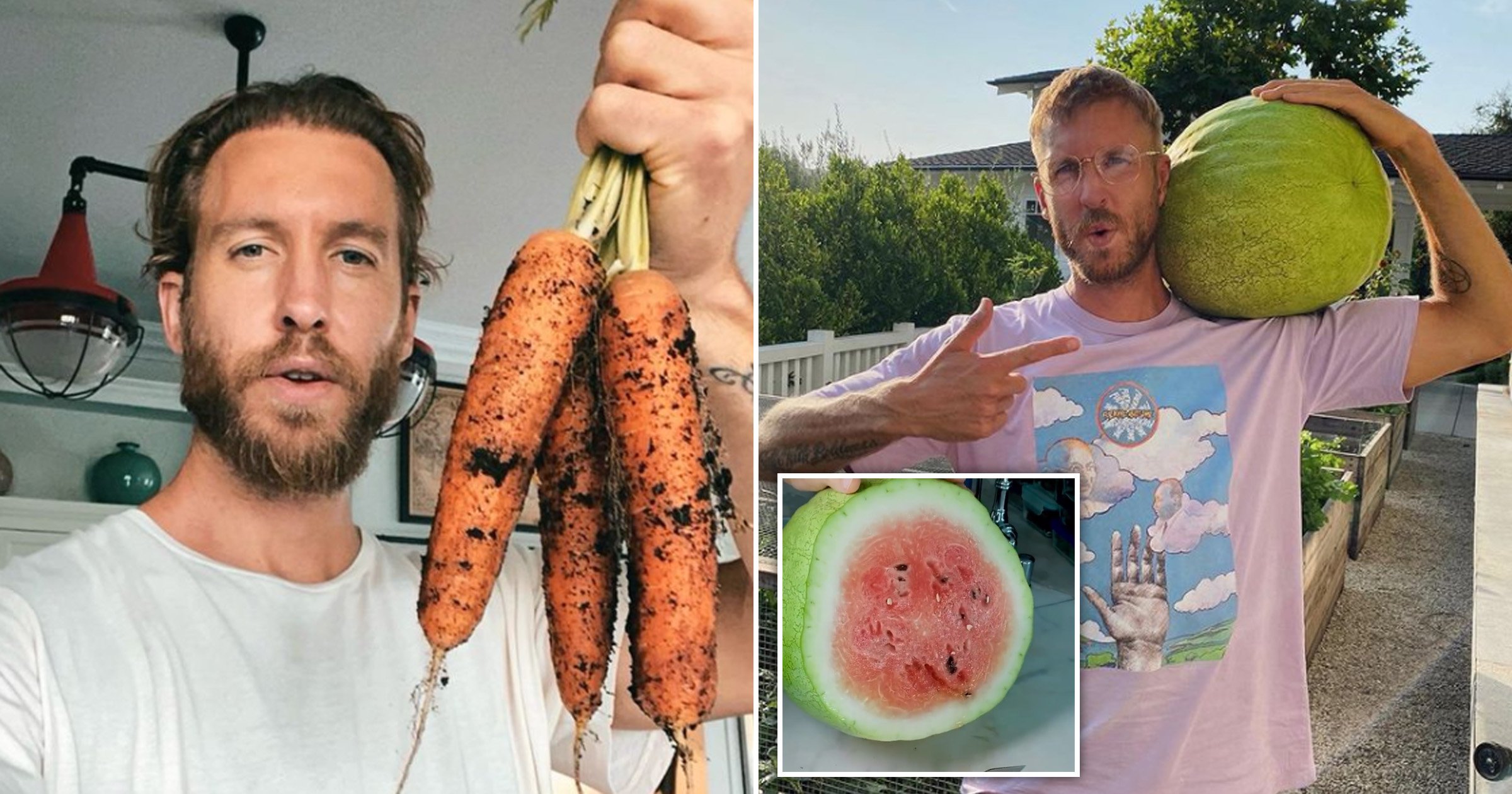 Calvin Harris has revealed he spent the break between releasing music working on his garden as it was the perfect way for him to unwind from his hectic life.

The DJ, 37, is back with his new single By Your Side with Tom Grennan, after he took a while between releases due to some collaborations falling through.

‘This was coming up to summer 2019 and I thought, that’s two songs that have fallen through now – maybe I need to do a little bit of gardening and maybe they weren’t the right songs to put out for me at that moment in time.

‘So I did do a bit of gardening, I grew a few carrots, grew a few celeries and eventually I have come back to a place where I wanted to make something, especially after last year, that was relentlessly positive.’

The result of that was his latest collab with Tom Grennan, which dropped on Friday and which Calvin describes as ‘aggressively positive’.

Although he has spent much of the past year under the radar, Calvin revealed that he spent a lot of time growing his own crops to help him de-stress.

He explained: ‘It wasn’t something that I knew was going to happen in my life, I didn’t foresee it four or five years ago.

‘In 2018, just before One Kiss came out, I got very into it. I was growing my little tomato seedlings and playing them classical music.’

He revealed that gardening was the perfect tonic for the mental health impact of the coronavirus pandemic as it helped him to switch off from everything.

‘The original source of me wanting to do it was to provide some kind of peace and stability in my life,’ Calvin explained. ‘It does actually do that – it’s an absolute cliché but it’s really helpful, you can check out of the chaos.

‘Especially last year, check out of the madness, put your phone down, go and look at your basil or whatever, enjoy the smell and just relax.’

Listen to Kiss Breakfast with Jordan & Perri weekday mornings from 6am on the Kiss Kube app, or via smart speaker – ‘Play Kiss FM’.

Blue Therapy’s Deborah speaks out after Jamel’s cheating bombshell: ‘It was like a slap in the face’