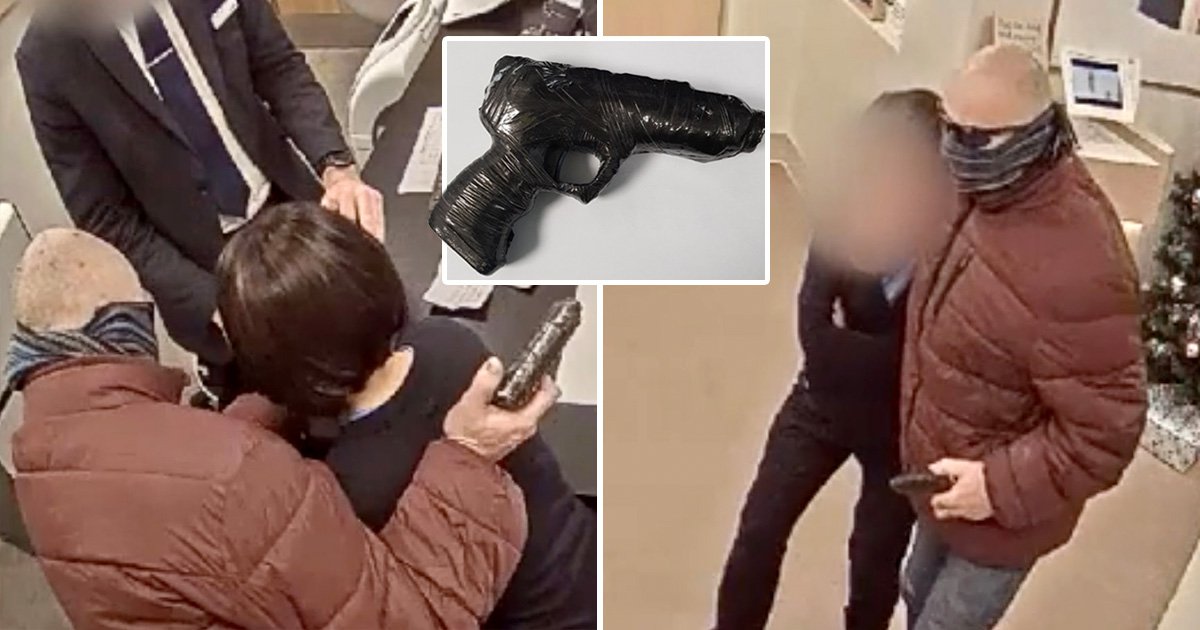 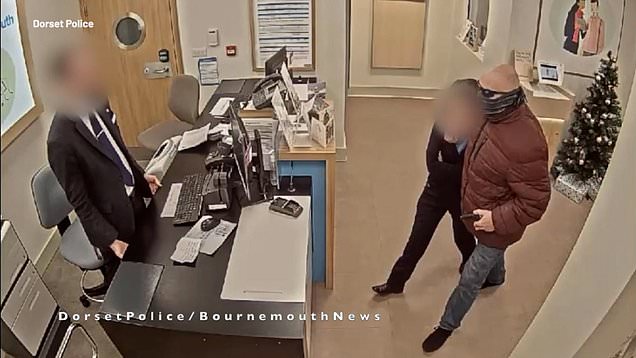 A career criminal who held up two banks with a toy gun has been handed a life sentence.

Jason Jarvis, 49, left one terrified employee needing therapy for nightmares after pressing the imitation firearm to her chest during a raid at a TSB branch in Bournemouth in December 2019.

He walked in with his face covered and slid a note across the counter reading: ‘This is an armed robbery. I have a gun. Give me all the notes or I will shoot. Do not raise the alarm until I am gone.’

When the cashier paused thinking it was some sort of joke, Jarvis grabbed a female colleague in a headlock and held the weapon against her saying: ‘I will show you how serious I am.’

Jarvis walked into a Barclays Bank in the coastal town with his coat pulled over his face and his hood up before slipping a note to the cashier.

The court heard she only read as far as ‘This is an armed…’ before reaching to hit the alarm, but Jarvis stopped her by brandishing the weapon.

He eventually made off with a pile of £20 notes containing a hidden smoke and dye pack.

The alarm was raised by staff at the nearby Mary Shelley pub who told police a man had been seen dumping clothing in a bin in their men’s toilets.

Jarvis’ DNA was later recovered from the handle of the imitation firearm as well as the demand note found at TSB.

The court was told he also tried to snatch a charity collection tin from a post office depot but was thwarted by an employee who managed to wrest it from him as he attempted to flee.

Jarvis, from Bournemouth, pleaded guilty to two counts of robbery, two counts of having an imitation firearm with intent to commit an indictable offence and one charge of attempted theft.

The court heard he had 32 previous convictions for 131 offences spanning a 34-year period and had previously served at least 29 years behind bars.

Judge Robert Pawson ruled Jarvis was a dangerous offender and said a life term was necessary.

He will serve a minimum of six years and two months behind bars before he can be considered for parole.

Speaking after the sentencing, DC Holly Sexton said: ‘The staff at these banks were just carrying out their jobs when they were faced with the horrifying ordeal of Jason Jarvis making demands for cash and claiming to be armed with a gun.

‘I am glad that through our investigation work we were quickly able to identify Jarvis as the man responsible for these nasty offences so he could face the consequences of his actions.’

Flights from India STILL landing in UK with 1,000 passengers arriving today and 110 planes since country put on red list