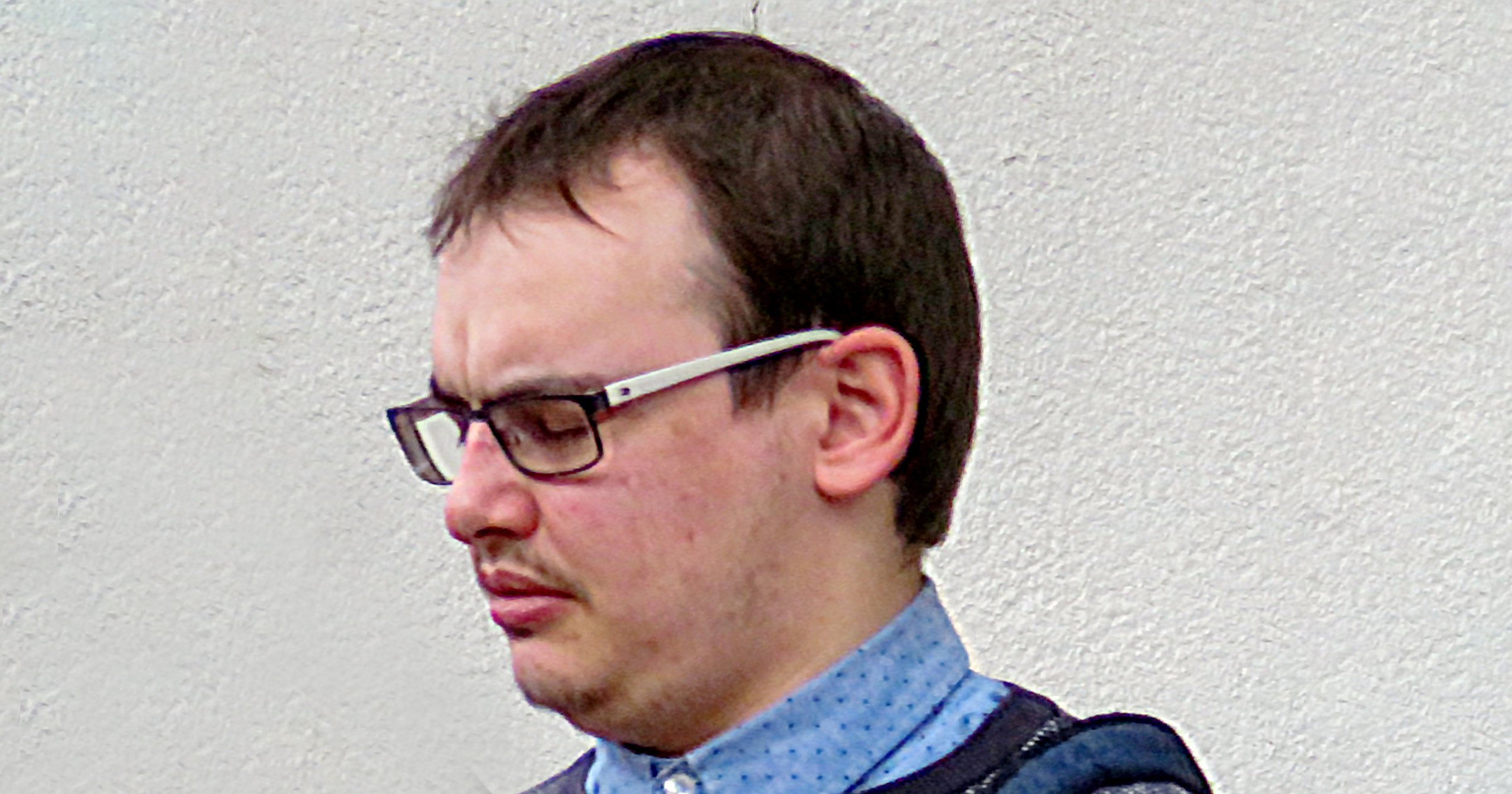 A carer stole £25,000 from an elderly resident then threatened to set himself on fire at the police station after telling officers ‘I’ve done something terrible’, a court heard.

Kieran Dunphy, 29, gambled away the bedbound woman’s inheritance over a nine-month period.

He was suspended from his job after bosses checked to see why the victim’s account was not processing payments and discovered her card had been used at various cash points across Warwickshire.

Warwick Crown Court heard Dunphy ‘took that fairly badly’ and later turned up at Leamington Police Station doused in flammable liquid saying: ‘I have done something terrible. I’ve robbed someone and stolen from them.’

He was subsequently detained under the Mental Health Act and taken to a psychiatric unit, but was soon discharged.

When he was interviewed Dunphy, who had no previous convictions, made a full admission and explained that he was addicting to gambling.

He pleaded guilty to theft and was jailed for 16 months at the same court last week.

The judge, Recorder Eugene Egan, told him: ‘You plainly had a gambling problem. You stole money from this woman who was a resident in a care home where you worked.

‘The money was her inheritance, and she has suffered some financial hardship as a result.

‘You took money from her account over a protracted period of nine months. There was a gross breach of trust.

‘In fairness, when matters came to light you handed yourself in to the police in somewhat extraordinary circumstances.

‘It is obvious the mental anguish you suffered on these offences coming to light has caused you to change your ways significantly and to change your life.

‘I have to consider whether I can suspend the sentence, but I am afraid I cannot do so, as adequate punishment can only be applied here by immediate custody.

‘You repeatedly took money from this woman. You knew it was wrong, but you went on and on and on.’

Prosecutor Ian Windridge earlier told the court Dunphy worked at the care home where the woman and her father were both residents.

He said residents’ bank cards were kept in an office and staff could access them to assist with things like making payments.

Mr Windridge said: ‘A point came when there was a problem with [the victim’s] bank account, when a payment that was due could not be made due to a lack of funds.’

When bosses checked to see where the money had gone, they discovered withdrawals from a number of locations around town, including a shop across the road and a Tesco in town.

The prosecutor went on: ‘The woman was bedbound, so it was highly unlikely she would be the person going to the cash machines.

‘When it was made clear to the defendant that he was being suspended, he took that fairly badly and presented himself at Leamington police station, having covered himself in a flammable liquid.

‘He said he was going to set himself on fire, saying: “I have done something terrible. I’ve robbed someone and stolen from them”.’

Defending, Nick Devine said of Dunphy: ‘He was a man of entirely good character prior to this, and he made full admissions from the outset.

‘He has a very deep-seated sense of remorse.

‘He has addressed his gambling problems, and there is strong personal mitigation set out in the pre-sentence report, which I do not need to repeat in open court.’

His pleas for a suspended prison sentence were refused by the judge.

Hillingdon stabbing – Paramedics begged boy, 15, ‘keep fighting’ after he was fatally stabbed on way to school

Urgent recall of M&S date selection over Hepatitis A fears

Sex parties where naked women are flogged being funded by £36,235 taxpayer handout