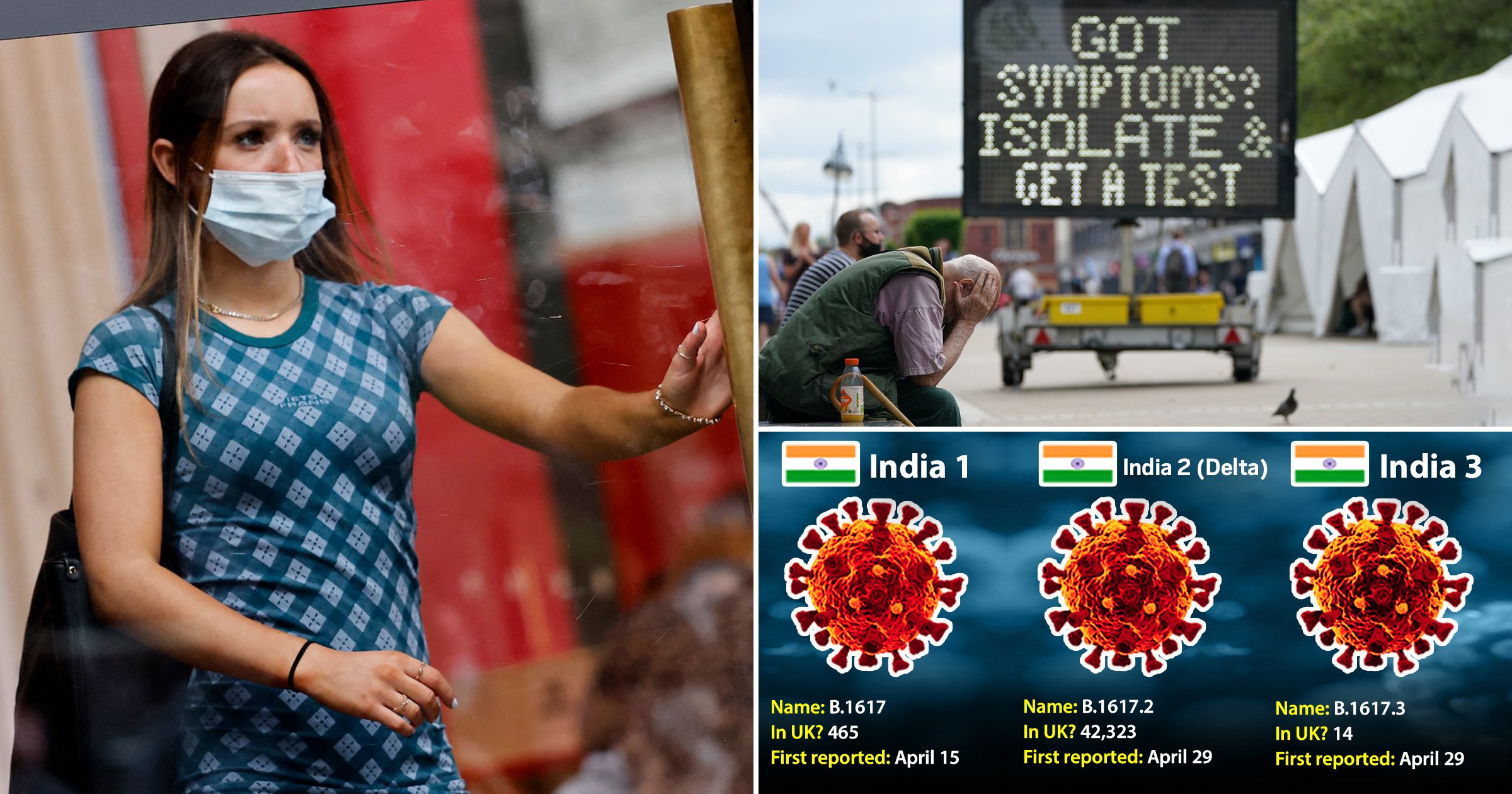 Cases of the Indian variant are continuing to soar in the UK, with nearly 30,000 more infections recorded in the last week.

Public Health England say cases of the Covid strain – also known as Delta – have jumped to 42,323 in total, in the latest sign that the variant is spreading out of control.

The latest data also shows that having just one dose of the vaccine may provide up to 17% less protection against the new strain but two doses was found to be just as effective.

Despite this, 12 people have now died with the Delta variant having had both jabs while 83 fully vaccinated people were taken to A&E after testing positive.

Delta has become dominant in England and now accounts for more than 90% of new Covid cases.

It also continues to show a significantly higher rate of growth compared to the Alpha (or Kent) variant – with the latest research showing it is around 60% more transmissible.

The PHE data shows 1,234 people attended A&E in England between February 1 and June 7 and were confirmed as having the Delta variant.

As of June 7, there have been 42 deaths in England of people who tested positive for the Delta variant and died within 28 days.

Growth rates for Delta cases are high across all parts of the country, with the number of infections doubling regionally between 4.5 and 11.5 days.

The dramatic increase in the overall UK total – from 12,341 last week to 42,323 this week – has been partly driven by a reduction in test turnaround times and a faster process for identifying cases of the variant, Public Health England said.

But the steep rise will place more doubt on whether the Government will go ahead with plans to end lockdown on June 21.

Boris Johnson is expected to make an announcement on Monday about the next steps.

It’s after he holds a G7 press conference on Sunday afternoon in which he’s likely to be asked about the latest thinking on what restrictions are needed, if any.

Reports say the PM is considering a four week delay to his roadmap, given the spiralling number of cases over the last week.

This could mean nightclubs are still not allowed to open, having been shut for 18 months, while measures including social distancing may remain in place for the hospitality sector.

Others rules could be relaxed however, in a ‘mix and match’ approach, including the removal of limits on the number of guests allowed to attend a wedding.

Areas badly affected by the Indian variant include Stirling in Scotland as well as large parts of north west England.

The ZOE study, which has been tracking the outbreak, has released a watchlist of 25 areas which are all seeing rising infections.

Seven arrested after teenager stabbed to death on street

Pregnant mum-to-be, 39, hit and killed in front of partner and son in Northampton horror crash as man, 30, charged