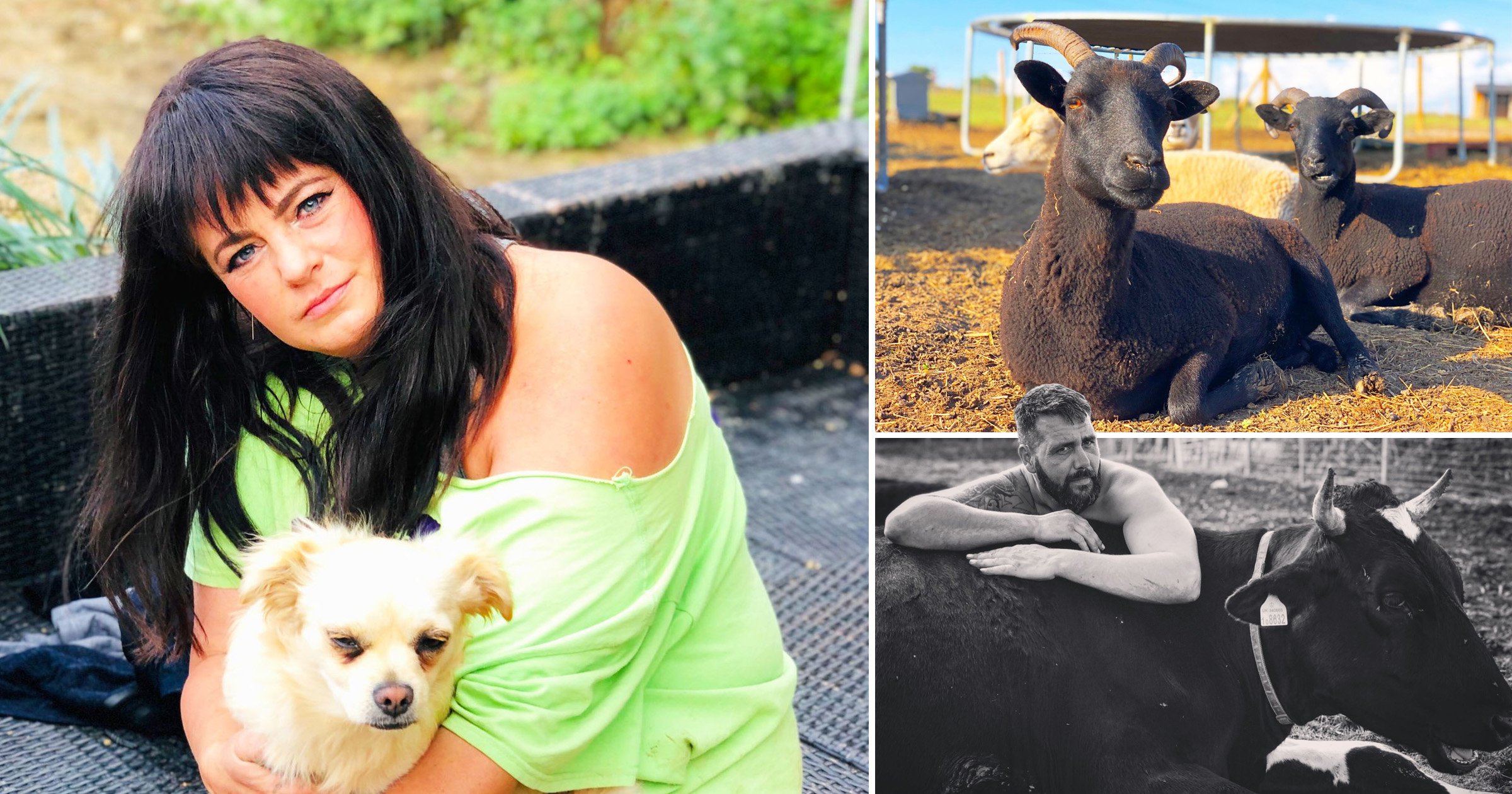 The boss of an animal charity said she is at a loss as to how to ‘stop a cow from mooing in the countryside’ after noise complaints from neighbours.

The Happy Pants Ranch at Bobbing was given official abatement notices after its local council determined there is a ‘significant’ nuisance.

The rescue centre in Sittingbourne, Kent offers homes to around 350 abandoned animals – including 20 geese, 50 cockerels and cows, dogs, ducks, sheep, parrots and more.

Owner Amey James, 37, told Metro.co.uk: ‘So many people come to visit and volunteer at the sanctuary because they find it a peaceful, tranquil place, that it makes no sense to claim that the animals here are making nuisance noise.

‘The council has made no effort to help us with the situation or offer any advice – I mean, how are you supposed to stop a cow from mooing in the countryside?

‘If we actually had neighbours I’d understand, but the nearest residential property to the sanctuary is 230 metres away through woods. In the 10 years of running the sanctuary I’ve never had a complaint about anything, even when it was in the garden of a semi-detached house in a town.’

Swale Borough Council initially sent a written warning to the sanctuary in April, which told its owners to ‘stop allowing animals on the land to make an unreasonable level of noise’ and control the sound coming from a generator.

But the charity has now been given 90 days to fix the issue – or face prosecution and an unlimited fine.

Amey, who lives on the premises with her boyfriend Phil Greenhalgh, 32, said she has blacked out the windows of the cockerel barns to stop them crowing when the sun comes up, moved some geese to a pond further away from neighbours and put the generator inside a shed.

She claims there has been a ‘lack of communication’ from the council, but a spokesperson insisted it has worked with the ranch owners from the outset to resolve the issue.

‘It’s having a hugely detrimental effect on the sanctuary and could result in the charity being closed down,’ Amey added.

A Swale Council spokesperson told Metro.co.uk the decision ‘has not been reached lightly’ after an ongoing investigation which included the use of noise monitoring equipment, site visits and diaries from the people affected in the area.

The noise notices require the noise from any generators to be reduced within 28 days, and from the cumulative constant daily noise from animals including cockerels, geese, sheep, cattle and dogs within 90 days.

‘We recognise that this is a sensitive matter and as such we have given an extended timescale for the owners to abate the animal noise nuisance,’ the spokesperson added.

How to attract hedgehogs to your garden

‘We will of course support the owners where we can but once we have determined that the noise levels were in excess of what can be reasonably expected for a given location, then we are required by law to act.

‘Throughout the investigation we have offered to work with the site operator to resolve the situation, and this remains the case going forward.

‘Failure to comply with the notices can lead to prosecution and magistrates can give an unlimited fine.’

‘Double killer’ screamed ‘let me in’ as he ran from cops after mum & son, 9, stabbed to death as family cares for baby

Man, 21, charged over murder of flower seller Tony Eastlake who was knifed to death near his stall in Islington

Shock rise in school kids being monitored over far-right extremism