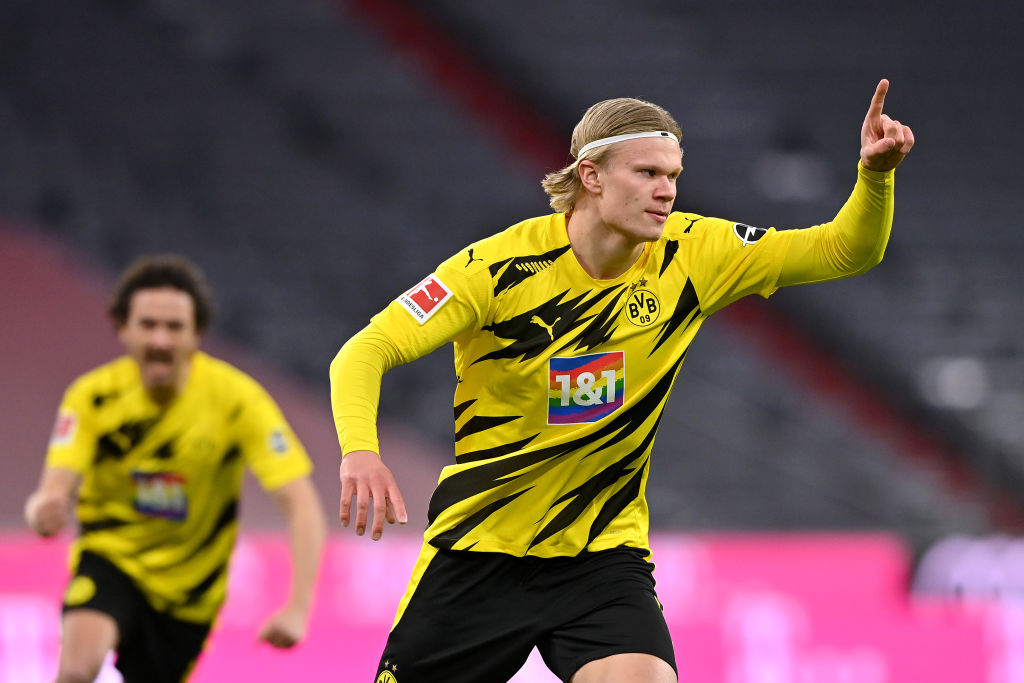 Chelsea have ‘opened discussions’ with Borussia Dortmund over a move for Erling Haaland.

The German giants are determined to hold onto the prolific 20-year-old for one more season and while there is an acceptance any deal will be very difficult to pull off, The Daily Mail report Chelsea are in talks to make it happen.

Manchester City, Manchester United, Real Madrid and Barcelona are also interested in signing Haaland who is understood to be eager to take the next step in his career.

Any move this summer could cost as much as £170m – with Chelsea now exploring options to drive down that price.

Chelsea are prepared to offer players as part of negotiations with Dortmund, including Tammy Abraham whose name has been raised in initial talks, according to the report.

It is not yet known whether Dortmund are interested in signing Abraham although the club have already started their search for a long-term replacement for Haaland.

The England international was Chelsea’s joint top scorer alongside Timo Werner last season despite being out of favour under Tuchel, with the German making it clear to Marina Granovskaia and owner Roman Abramovich that signing a new centre forward is key to more success next season.

The Blues have considered a move for their former striker Romelu Lukaku, but the Belgium international revealed last week he has no intention of leaving Inter Milan following their Serie A success.

A move for Harry Kane has also been deemed ‘too difficult’ given the fierce rivalry between Chelsea and Tottenham.