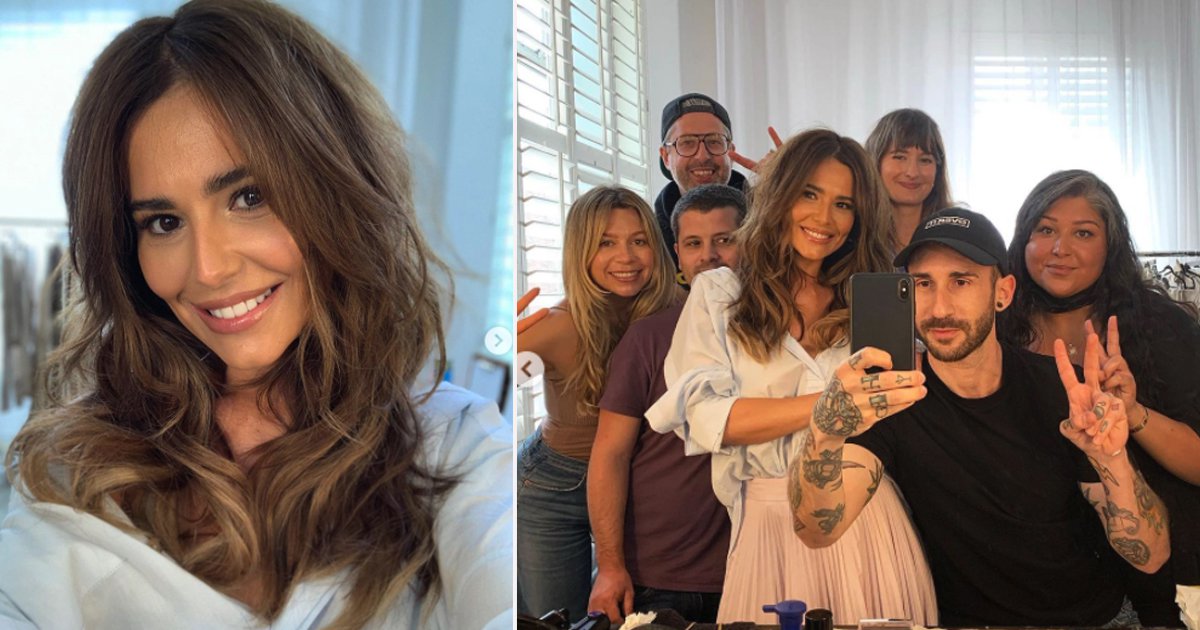 Cheryl has returned to social media after a year’s absence – and she’s looking as glam as ever.

During the pandemic, the 37-year-old has largely stayed off social media, only tweeting to mark events including Remembrance Sunday New Year’s Eve.

On Instagram Cheryl has been even more elusive, with her last post being a black square in June 2020 to mark Blackout Tuesday to protest racism and police brutality.

However, she has now made her grand return with a glowing selfie, as she reunited with her glam squad.

The Call My Name singer was all smiles in the snap, in which she rocked beachy waves in her hair, a nude lip and bold brow, and a baggy pale blue shirt.

In the next picture with her glam squad, including hair stylist Larry King, the star’s full outfit could be seen, as she wore her shirt tucked into a pleated pink skirt.

Cheryl captioned the post: ‘We back ✌🏼**all covid tested’, and friends were delighted by her return.

Girls Aloud’s Kimberley Walsh commented: ‘There she is’, while Alesha Dixon wrote: ‘Missed you @cherylofficial.’

It is unclear what project Cheryl was getting all dolled up for, but it’s good to have her back.

The star was last on our TV screens on the second series of BBC One’s The Greatest Dancer, which aired between January and March 2020, but it was announced that the show had not been renewed for a third series.

Meanwhile, her last single, Let You, was released in the summer of 2019.

However, she had plenty to keep her busy over lockdown, as her son Bear turned four in March.

Cheryl welcomed her first child with Liam Payne in March 2017, with the stars splitting a year and a half later.

Speaking about Bear on the Diary of a CEO podcast, Liam, 27, admitted that neither he nor Cheryl want him to enter the world of showbiz.

He said: ‘I think his mum hopes he’s going to be this yoga person. His mum is very chilled these days.

’I would never stop him but I would let him know the risks. My parents did not experience what I had. I want him to do something he enjoys doing every day.’

Liam recently announced that he has ended his engagement to model Maya Henry, while Cheryl has not gone public with a romance since her and the One Direction star’s break-up in 2018.

Flo Rida ‘so excited’ to represent San Marino at Eurovision 2021