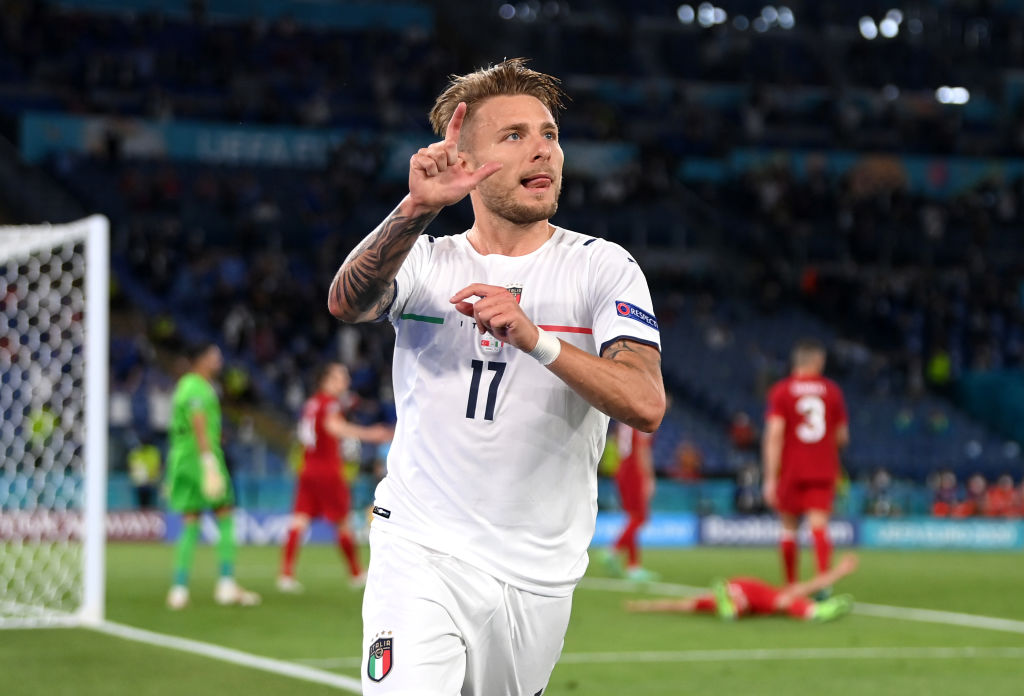 Italy made an impressive start to the postponed Euro 2020 as they beat Turkey 3-0 in the Group A opener.

An own goal from Merih Demiral gave Roberto Mancini’s side the lead early in the second half before Lazio striker Ciro Immobile put them in total control after 66 minutes.

Immobile had a hand in the third, laying the ball off to Napoli’s Lorenzo Insigne who delightfully curled home to wrap up a resounding first win.

Mancini – the former Manchester City manager – had promised his side would provide entertainment at this tournament and entertain they did.

It was unusual start to the match, with the ball being delivered to the centre circle via a mini remote controlled car – a fitting way to start any international tournament.

Italy were the dominant force in the first half but struggled to really create clear cut chances.

The best of the opportunities fell to veteran centre-half Giorgio Chiellini who had a free header in the box but Turkish keeper Uğurcan Çakır sprung to his left to turn it over the bar athletically.

Six minutes into the second half, Italy took the lead. Berardi cut the ball across the box from the byline and Turkish defender Demiral could only deflect it into the back of his own net.

Who is hosting Euro 2020 and why does the tournament take place in different countries?

Italy had a second not long after. Leonardo Spinazzola saw his shot denied by Cakir but Ciro Immobile reacted first to put the Italians in total control.

Immobile then assisted Insigne, who curled a fine finish into the back of the net before the pair were substituted – their work for the night done.

Monsters at Work: New Disney Plus release date is announced as Mike and Sulley rise ranks in trailer