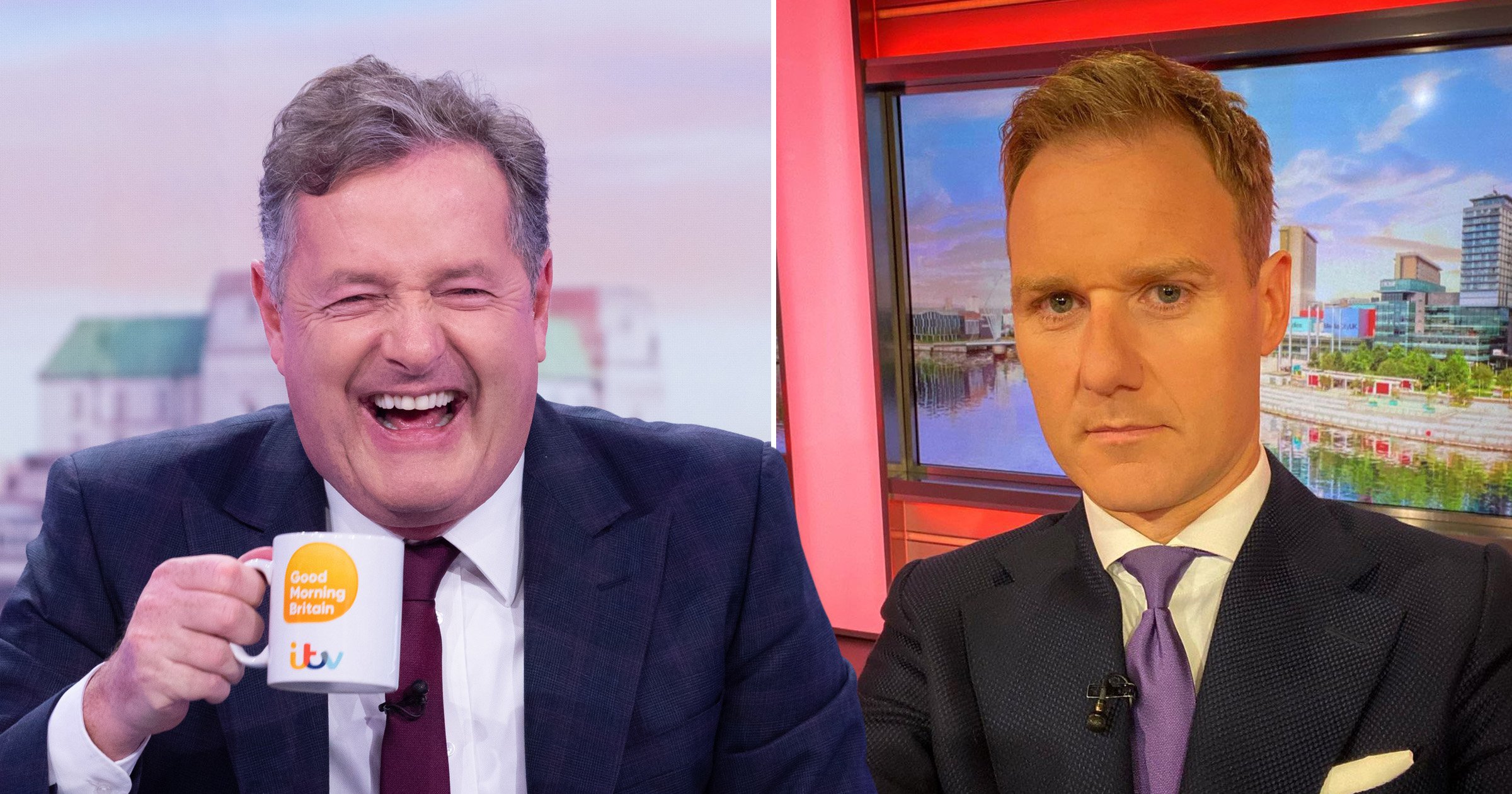 Piers Morgan has trolled Dan Walker, again, and teased he ‘starts Monday’ on BBC Breakfast, following Louise Minchin’s announcement she was leaving the programme after 20 years.

Dan shared a rather lovely post about his colleague, wondering what he was going to do without the presenter and lamenting his life would be ‘poorer’ without her on the BBC sofa next to him.

It’s no secret the pair have had a long-term slinging match on social media, as the former Good Morning Britain presenter taunted Dan and BBC Breakfast from his ITV desk – but now the journalist is teasing he’ll be taking Louise’s place.

‘BBC wanted the guy who beat you in the ratings, and the first same-sex male breakfast presenting team to appease the wokies.’

One of Piers’s favourite pastimes is to troll the show, and its host, with the ribbing turned up to 11 after Piers’s final GMB show finally beat its rival in the ratings.

His former GMB co-host Susanna Reid suggested Piers was back to his trolling best following his ‘announcement’ on April Fools’ Day that he was heading back to the ITV flagship.

Sadly Dan wasn’t picking up what Piers was putting down as he lobbed a blistering response that took the mick out of Piers’s GMB walk-off in March.

He mused: ‘No thanks… wouldn’t want you storming off if Carol asked you something awkward 😂😂😂 TearsForPiers.’

The former tabloid editor’s trolling followed Dan’s post, in which he suggested Louise’s exit from the Breakfast couch was ‘like a break-up’ as he shared a series of images of the pair in action.

He went on: ‘What am I going to do without Louise?

‘Thank you for all the lovely messages after an emotional morning on #BBCBreakfast – I’m sure Louise will get to read them all later.

My life will be poorer without her on the sofa.

Earlier today Louise confirmed that she is stepping down on this morning’s edition of the show, saying: ‘I have decided it is time I stopped setting my alarm for 3.40 in the morning.’

After ‘taking a deep breath’, Louise told viewers: ‘This year, it will be 20 years since I first presented this programme. Since then I felt part of a huge BBC Breakfast family which includes everyone who works here, everyone on the team and every one of you who watches the programme. I’ve loved being part of it.

‘But. There is a but. You know about the but. I have decided that is time that I stopped setting my alarm for 3.40 – sometimes when I’m feeling really rebellious, 3.46 – in the morning, and I’m going to be leaving the programme.’

Louise said her departure would ‘not be for a while’, and thanked the viewers for their loyalty.

MORE : Piers Morgan can’t help but share his parenting advice for Emily Ratajkowski: ‘That’s not how you hold a baby’

Is Spotify down? How to check if the app is offline

Bafta TV Awards 2021: Time, channel and how to watch