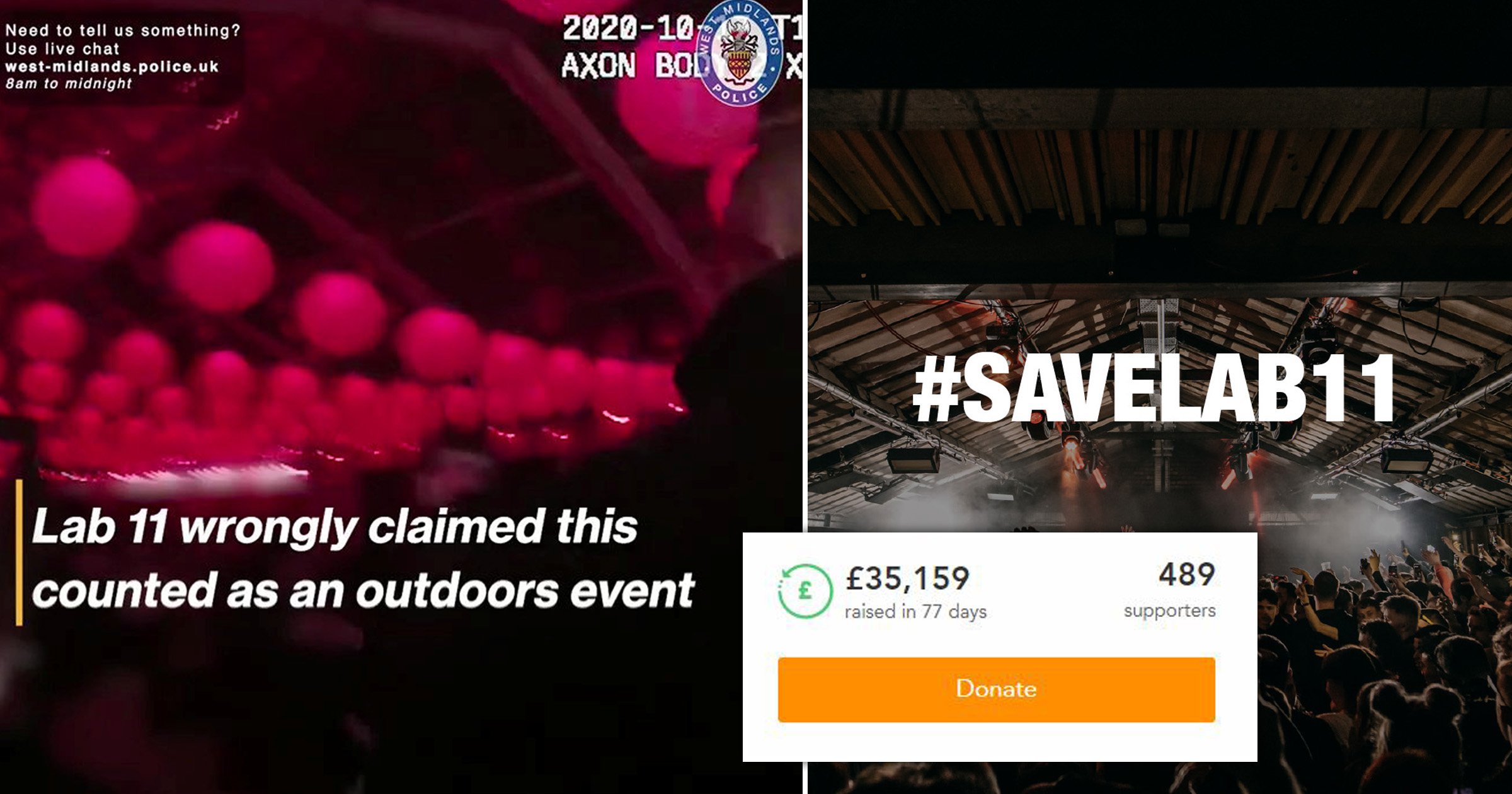 Thousands of ravers are due to attend a reopening weekend at a nightclub that is contesting a £10,000 fine for breaking Covid laws.

Lab11 was accused of breaching local restrictions but launched a crowdfunding appeal to contest the penalty and stay afloat.

The independent, warehouse-style venue in Birmingham, which has a 12,300 capacity, is now due to hold a sold-out relaunch weekend in its ‘biggest ever’ party featuring underground dance music acts.

On its website, the club revealed details of the 30-hour weekender and said ‘THE RAVES ARE RETURNING’, telling clubbers: ‘Thank you for all your support over the last 18 months…we dance again.’

The reopening starting on Friday comes amid a backlash against what one campaigner told Metro.co.uk was a ‘devastating’ Government plan to make vaccine ID a requirement at nightclubs.

While Lab11 told clubbers that ‘testing/NHS passports will not be needed to enter the venue’, it asked ticket-holders to ‘act & think sensibly’ and stay away if they feel unwell.

West Midlands Police issued the superfine in November after officers attended what they said was a party in a ‘huge marquee’ attended by up to 120 people.

Bodycam footage released by the force shows officers walking into the venue in Digbeth together with the caption: ‘This isn’t a game anymore. People are dying.’

The force said households had been mixing indoors, which at the time was banned under the city’s tier-two restrictions aimed at suppressing rising Covid rates.

Lab11 claimed the event in October took place in a refurbished marquee area with Covid precautions and this should have been classed as outdoors.

In tier two areas, entertainment venues were allowed to have head counts exceeding the ‘rule of six’ but no one could mix indoors with anyone outside of their household or support bubble. 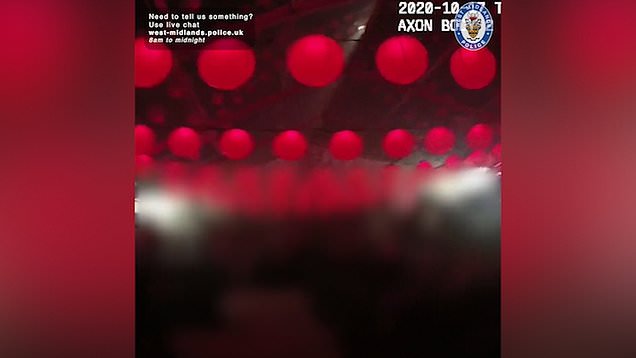 The nightclub then invited donations via a ‘Save Lab11’ Crowdfunder page to keep it afloat during the Covid shut-down and pay for its ongoing legal battle against the fine. The appeal ended after raising £35,490 and the club said the relaunch would be its ‘biggest ever’ event.

The weekender is taking place amid a backlash from the night-time economy to the Government’s plans to make Covid vaccine passports a requirement at clubs.

Entry to clubs and other venues where large crowds gather will only be allowed to those who can prove they had both jabs under the system, which is due to be introduced in September.

The announcement was made yesterday, as nightclubs were able to reopen for the first time on so-called Freedom Day.

‘We believe it’s discriminatory to single out nightclubs and goes against the freedoms that this country is meant to stand for.

‘It’s going to be devastating and will take business away from nightclubs, which are already on their knees, and push people towards pub and bars.

‘We are firmly pro-choice and while I have had the vaccine, it should be a personal decision for an individual to make.

‘Whether someone has the vaccine or not, it shouldn’t affect the way they live their life. My worry is that those who don’t want to take the vaccine will be pushed further away from wanting to take it and those who don’t get vaccinated will go underground and there will be a lot more illegal parties rather than people going to licensed premises.’

The Prime Minister said: ‘I don’t want to have to close nightclubs again as they have elsewhere. But it does mean nightclubs need to do the socially responsible thing.

‘As we said last week, we do reserve the right to mandate certification at any point if it’s necessary to reduce transmission.

‘And I should serve notice now that by the end of September, when all over-18s have had their chance to be double jabbed, we’re planning to make full vaccination the condition of entry to nightclubs and other venues where large crowds gather.’

Body of boy, 15, pulled from river and man dies in lake as heatwave death toll reaches 16