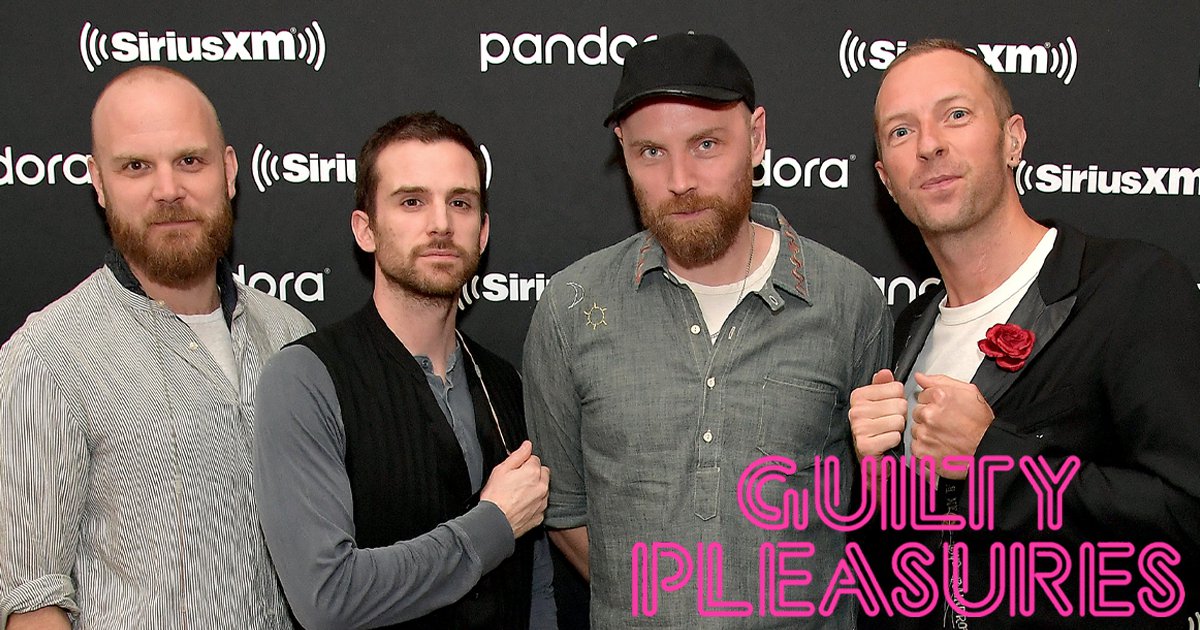 It could soon be a case of X&bye as Coldplay have suggested the end is near for the band.

After previously warning their global tours may be over, frontman Chris Martin threatened their days of putting out records may also be numbered.

‘I do know how many albums we have left as a band, and it’s not that many before we’re gonna stop making albums,’ said the 44-year-old Glastonbury headliner, hinting he has a number in mind.

‘All eight of Coldplay’s albums have gone to No.1, but the Clocks singer and his bandmates Guy Berryman, Will Champion and Jonny Buckland seem to be seeking fresh motivation.

Their upcoming ninth album was inspired by the Star Wars films. ‘I was watching Star Wars and they had the scene with the Cantina band,’ Chris said on US radio. ‘And I was like, “I wonder what musicians are like across the universe?”… and now here we are.’

Perrie goes retro with her pick’n’mix

Little Mix’s Perrie Edwards showed off her growing baby bump in a teeny bikini as she issued updates on her first pregnancy.

One of her ‘weird’ cravings is bingeing on kiddies’ sweets. Perrie, 27, whose partner is footballer Alex Oxlade-Chamberlain, recently said her favourite was ‘Toxic Waste, you know, the barrel’, adding: ‘And Brain Lickers, I had to get all the classics, Juicy Drop Pops, anything sour. That was when I was feeling really sick but I’m great now.’

Noel Gallagher reckons the angry break up of Oasis is why they are now seen as rock royalty.

‘Oasis back in 2009 were not lauded as one of the greats of all time,’ said the Slide Away singer.

‘There was an undercurrent of, “well they should really call it a day”… that’s what I felt.’

Noel, 54, told Sky Arts: ‘People were coming to see us trot out the hits and it’s a position I never wanted the band to be in. But now we’re seen as up there with the greats.’

5 Seconds of Summer heartthrob Luke Hemmings is off the market after he posted snaps of himself proposing to long-time girlfriend Sierra Deaton.

The Youngblood singer, 24, shared a series of professional snaps from the romantic moment on Instagram, writing: ‘With shaking hands but a full heart I proposed to my best friend earlier this year. I love you Thao and I can’t imagine my life without you.’

‘Those scenes ended up being quite fun. ‘We all have such a silly awkwardness about sex, so to work through it was quite a special experience.’

Now tipped for a successful acting career, Olly, 30, told Empire: ‘I haven’t read a script since It’s A Sin, so maybe I’ll make my own thing.’

Lose weight the healthy way with these basic rules

What's in store for you today? Your daily horoscope for Wednesday, June 9, 2021

Chart funnyman Lewis Capaldi is to star in a documentary about making the follow-up to his 2019 album Divinely Uninspired To A Hellish Extent.

Lewis, 24, said: ‘I’m excited to capture the making of the best album of all time… or, more likely, to document my life’s work being received like a pile of flaming sh*te.’