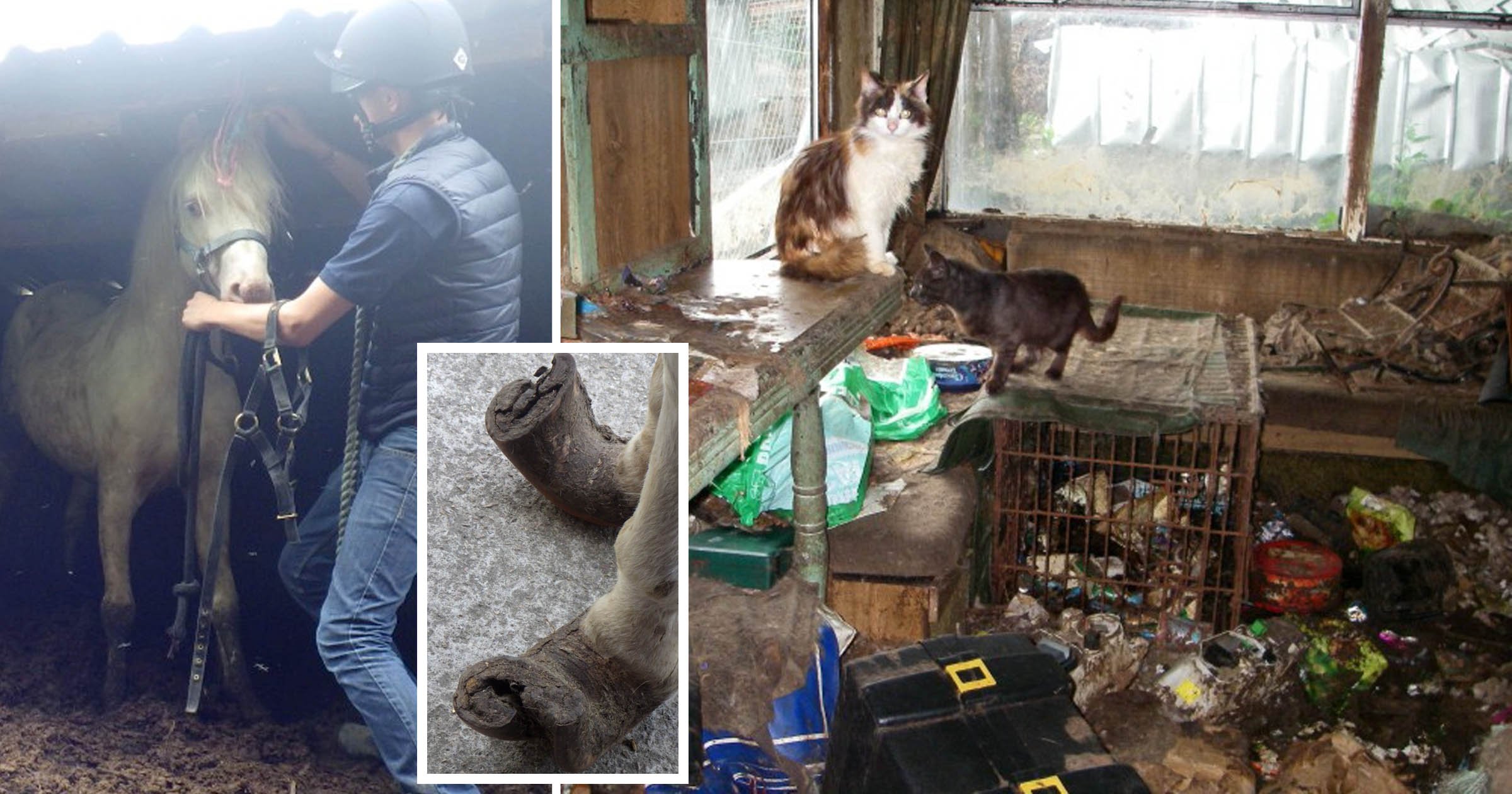 A couple have been banned from owning animals after they were found to be keeping them in ‘abhorrent conditions’.

Judy Shaw, 48, and Peter Hardy, 58, kept cats locked up, many without food or water, and horses in faeces-ridden pens.

The court heard the RSPCA was called to investigate on July 2, 2019, along with police, following reports from concerned members of the public.

Investigator Rachel Leafe said cats were locked in an old tractor cab, a shed and a children’s Wendy house.

Others were in a static caravan with tarpaulin covering the windows, with very little natural light or ventilation, and some were housed in rubbish and faeces-filled trailers.

‘There were months and months if not years of faeces inside, all areas were covered in a deep layer of faeces and there was mould all over it.

‘The stench was chemical in nature and completely overpowering. I did not fully go in but even from the door it was difficult to breathe and my eyes watered.

An independent veterinary expert in her witness statement said the build-up of faeces must have taken place over several years to get so deep.

She added: ‘There was also mould and fungus everywhere. It is the worst environment I have ever seen in 34 years of doing my job.’

Horses and ponies were found in similar makeshift areas full of muck and rubbish, alongside the skull of a pony and other animal bones.

Describing one makeshift pen holding two ponies, inspector Leafe said: ‘The whole area looked unsafe as it was a number of gates/pallets tied together with string holding in approximately four feet of faeces so the ponies towered above me.

‘There were two water buckets with a small amount of water in.

‘There was no hay, no bedding and no dry standing. The shelter was divided into two but neither pony could get inside properly as they touched the roof.’

The horses and ponies were also in poor condition, some were underweight and others had deformed and curled hooves and struggled to walk.

Pensioner, 87, faces jail for knocking down two women and a boy at garden centre

Some also had worm and flea infestations, at the property in Dronfield, Derbyshire.

The vet added: ‘It is appalling to see such animals in these conditions on such a scale.’

At their sentencing, the pair were banned from keeping animals for 10 years.

The horses and cats in RSPCA care will be found homes once the appeal period has expired.