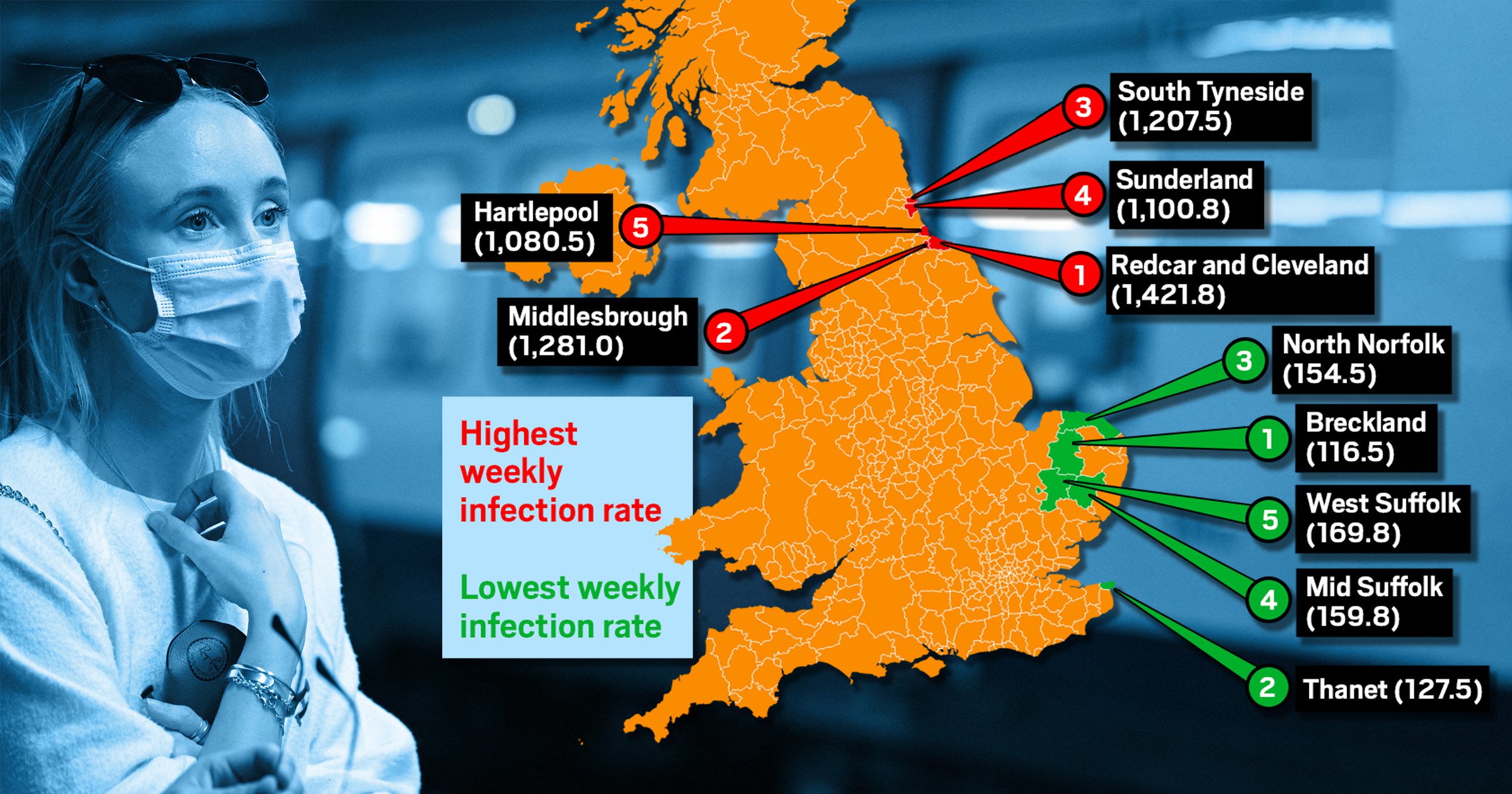 Covid cases are surging in 97% of places in England just as most of the remaining lockdown restrictions are lifted.

Redcar and Cleveland in the north-east has the highest infection rate, with 1,950 new cases recorded in the last week.

Neighbouring Middlesbrough has the second highest, with the equivalent of 1,281 cases per 100,000 people.

Just 3% of 315 areas in England have seen a drop in cases over the last seven days.

National figures continue to paint a gloomy picture of what is to come, with the UK recording 48,161 cases on Sunday.

It comes as almost all remaining measures in England were lifted yesterday after more than a year-and-a-half of restrictions.

Nightclubs reopened for the first time since the pandemic hit, the indoor rule of six was scrapped, and many workers returned to their offices.

Face masks are no longer compulsory in shops and on public transport, although many businesses and transport firms are still asking people to wear them.

While Brits enjoy their new freedoms, Covid scientists advising the Government are warning cases could hit 200,000 a day.

Professor Neil Ferguson said modelling indicated 100,000 daily infections is ‘inevitable’, but he said the ‘real question’ is whether this number doubles, or gets even higher.

Experts on the Scientific Advisory Group for Emergencies (SAGE) have already cautioned ministers there could be 200 deaths a day by the time the third wave hits its peak later this summer.

Meanwhile, ministers are facing a backlash over plans to make vaccines compulsory for nightclubs and other crowded venues from the end of September.

‘So, “freedom day” for nightclubs lasted around 17 hours then,’ he said.

Fake online reviews could be made illegal to stop ‘consumer catfishing’

Labour MP on trial for ‘conning council out of £64,000 for social housing flat’