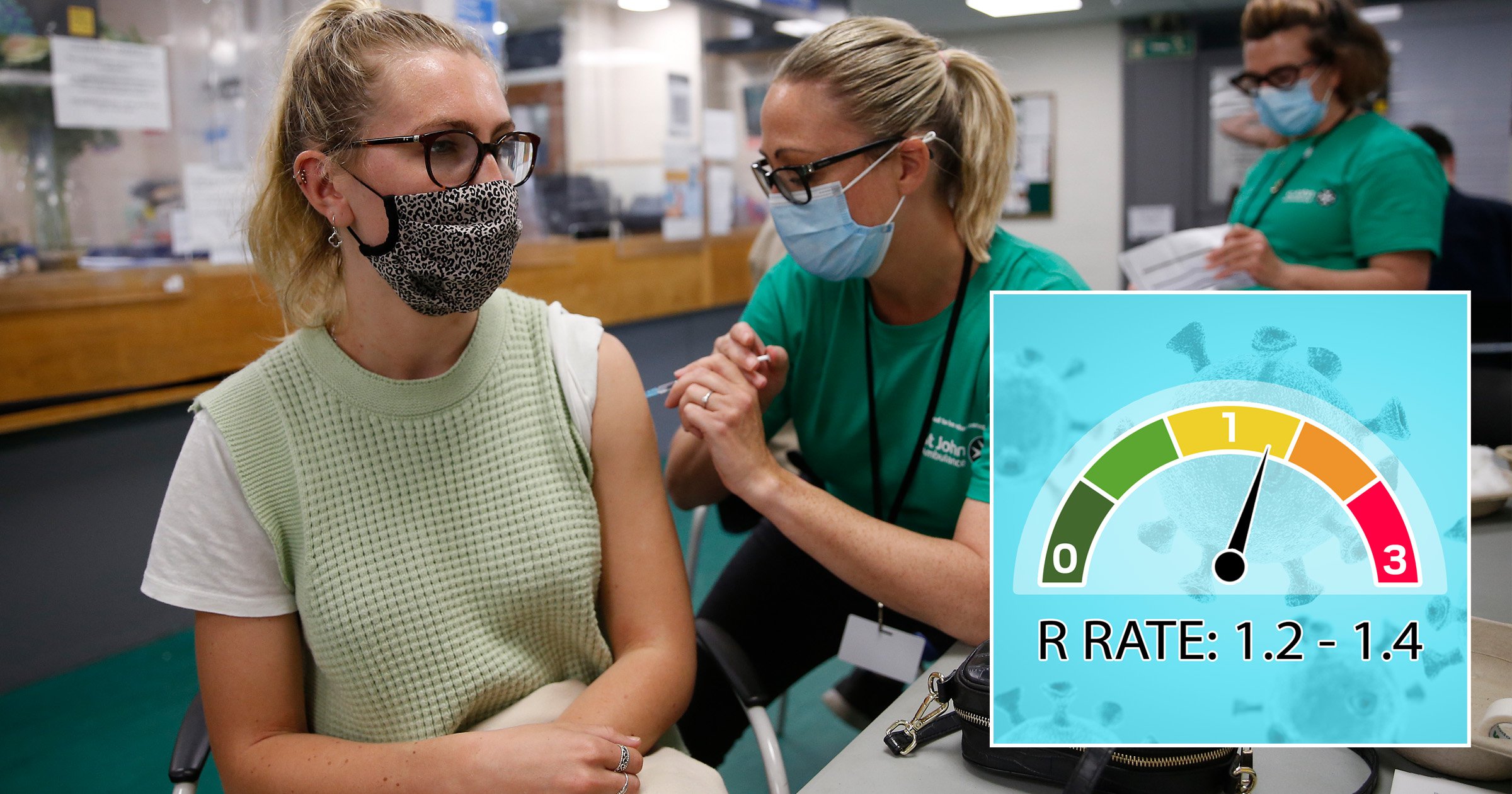 England’s Covid R rate is now firmly above 1 after it jumped to between 1.2 and 1.4 this week.

It is the latest sign that the country is now at the start of a third wave of the pandemic and will place further pressure on Boris Johnson to delay easing lockdown.

R hasn’t been this high since January 15, when the country was in the midst of the deadly second wave.

The latest estimates by Sage also show that England now has a growth rate of between 3 and 6%, which means the number of infections is growing by this much every day.

All indicators show the pandemic is worsening, despite the country’s world-leading vaccine roll-out.

Earlier the Office for National Statistics released new stats which showed around one in 560 people in England had Covid in the week to June 5 – up from one in 640 in the previous week.

The number of cases in parts of England are doubling within 4.5 days while the variant now accounts for 90% of all cases.

Boris Johnson is expected to announce on Monday whether ‘freedom day’ on June 21 will be able to go ahead.

Experts and politicians have cautioned the PM to re-think the roadmap in light of the worsening situation.

Reports say he is considering delaying the ending of restrictions by four weeks.

Lib Dem MP Layla Moran, chairwoman of the All-Party Parliamentary Group (APPG) on Coronavirus, said: ‘These figures should set alarm bells ringing in Government as we approach the June 21.

‘The Government must immediately explain to the public whether this exponential growth suggests the country is in line for a severe third wave, and if so what it is doing to prevent this.

‘As well as hospitalisations and deaths, ministers need to consider the debilitating impact of long Covid which is already affecting an estimated one million people.

‘Simply letting this highly contagious strain of the virus rip through unvaccinated younger people risks leaving more with long Covid and creating a ticking time bomb for our NHS.’

Earlier, Vaccines minister Nadhim Zahawi stressed the importance of being ‘really careful’ of ‘hard fought gains’ would be squandered.

He told Times radio: ‘The virus hasn’t gone away, the virus will continue to attempt to mutate, to escape, to try and survive, and I think it’s really important that we are really careful.’