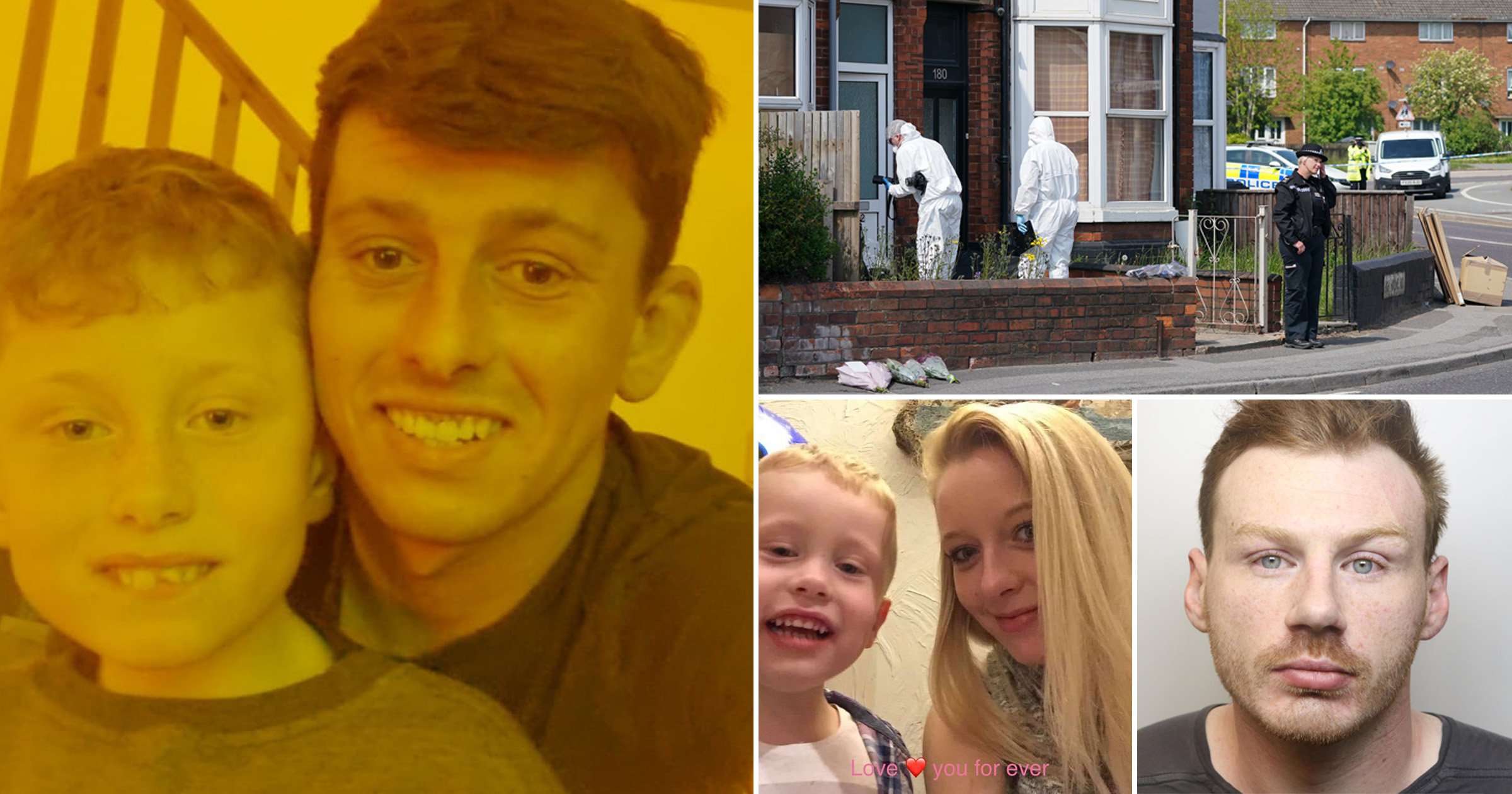 A grief-stricken dad has shared the last selfie he took with his 9-year-old son before the boy and his mum were stabbed to death.

Darren ‘DJ’ Henson and his mother Bethany Vincent, 26, were found murdered at her home in Louth, Lincolnshire earlier this week.

Her ex, 29-year-old Daniel Boulton, has been charged with murdering the pair and appeared in court on Friday.

DJ’s dad, Kieran Henson, paid tribute to his ‘world and shining star’ as he reshared the picture originally posted on Facebook just a week before the tragedy.

He wrote: ‘This was the last photo I took with you my boy. I love you so much an it breaks me to write this. You were my world and my shining star.

‘Whenever I were down I would think of you and you would give me more strength that any man could take in.’

Kieran added: ‘Justice will never be served to what happened to your beautiful self and beautiful mum.

‘Just know I will honour your memory until I can’t breathe anymore! I love and miss you both so much. Sleep tight my boy.’

Bethany’s father, also named Darren, shared another picture of his daughter and grandson, adding: ‘Ours and Kieran’s beautiful children were taken from us way too early.

‘The only comfort we can take from this is that Bethany and DJ will be together forever.

‘My amazing wife is an absolutely broken woman who has lost her babies…. our babies.

‘There are no words to describe what my wife is going through and what we will go through for the rest of our lives.

‘Kieran was an amazing and devoted father to DJ. And we are proud he is part of our family.’

Detectives previously said another young child was found uninjured at the property where DJ and his mum were found dead.

Boulton has also been charged with wounding with intent to resist arrest after an off-duty police officer was stabbed at a farm on the outskirts of Louth.

He faces another charge of burglary for allegedly entering a bungalow in the area and stealing clothing, food and drink.

The suspect attended hearings at Lincoln Magistrates’ Court and Lincoln Crown Court and was remanded into custody until July 5 for a plea hearing.

Detective Chief Superintendent Andy Cox of Lincolnshire Police previously described the case as ‘one of the most tragic and upsetting investigations’ he had dealt with.

Paul Weller admits he still gets nervous before performing live despite decades-long career: ‘I’m in bits’

Prince Philip: 50 pictures of the Duke’s extraordinary life on what would have been his 100th birthday