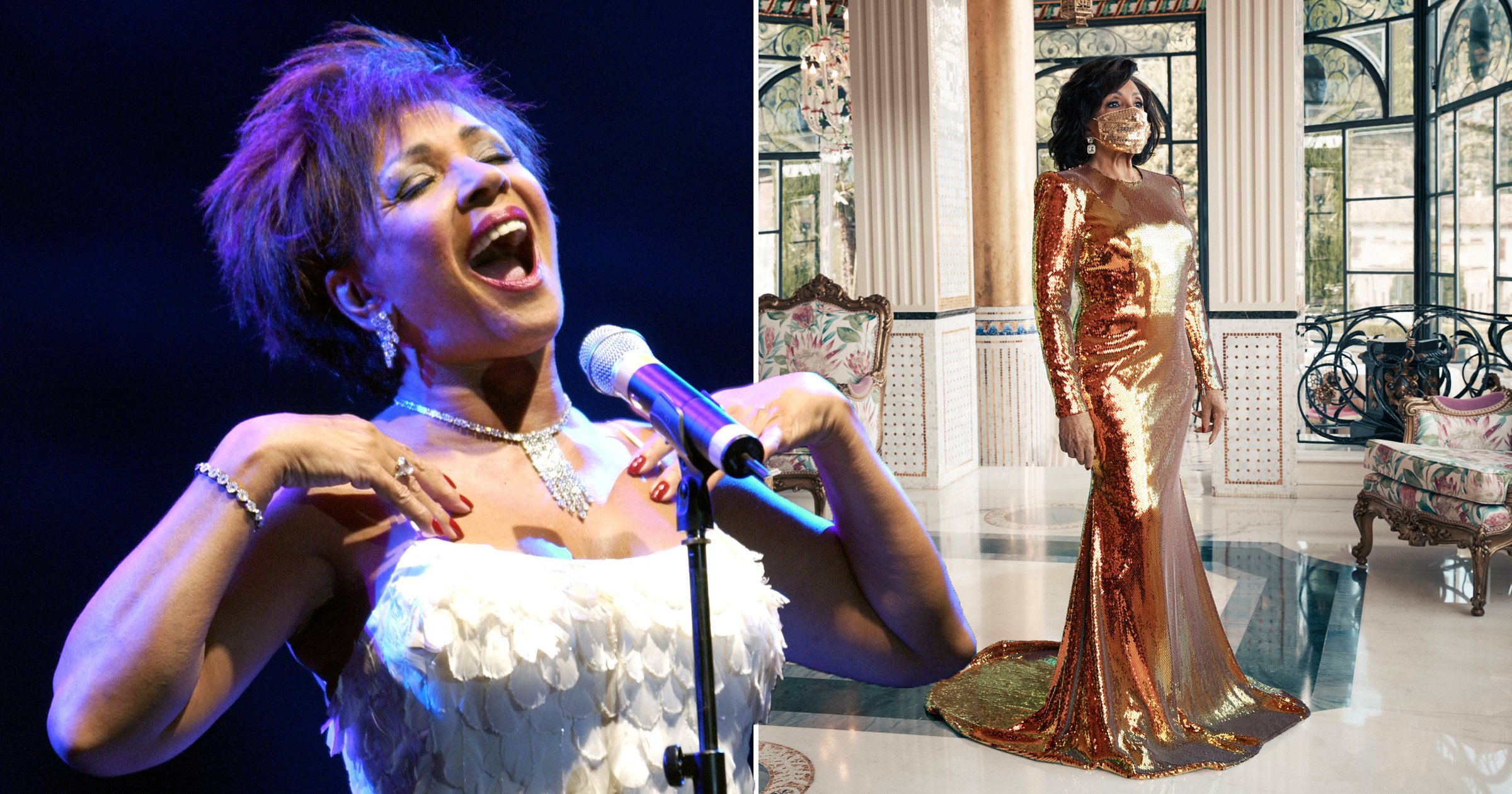 Dame Shirley Bassey looks absolutely showstopping in a previously unseen photo, with the legendary singer celebrating the release of her first album in six years.

The Never, Never, Never hitmaker was snapped in Italy as she marks 70 years in showbusiness.

Gazing off into the distance, Dame Shirley, 83, clearly wasn’t going to let the pandemic get in the way of her glam as she rocked a stunning golden floor-length gown, with a matching face mask.

The star’s new album, I Owe It All To You, has been dubbed her ‘grand finale’, as it features new material, as well as tracks chosen to reflect her life and career.

Dame Shirley said of the new record: ‘My new album is a celebration of 70 years in showbiz – 70 years of support from my fans and 70 years of music!

‘I’ve trodden the boards of many stages and kicked up many a diamante heel!

‘The songs I have chosen all feel very personal and connected to my life. I hope they will do the same for my fans.’

The Welsh star began singing as a teenager, creating hit after hit after starting her career by singing in pubs and clubs while working in a factory.

Her last album, Hello Like Before, was released in 2014.

The star has released a mind-blowing 70 albums and sold nearly 140 million records in her life.

Most recently, Dame Shirley has launched a YouTube channel, with the singer telling fans to ‘enjoy a trip down memory lane’ as she dipped into the archives, sharing old documentaries as well as a trailer for her new album.

MORE: The Vamps’ Brad Simpson opens up on the band’s new era and recording Cherry Blossom album in a kids’ tepee

"We respectfully ask you to take action, reaffirming your commitment to working constructively, asking Labour MPs and party members to act appropriately at all...
Read more
- Advertisement -