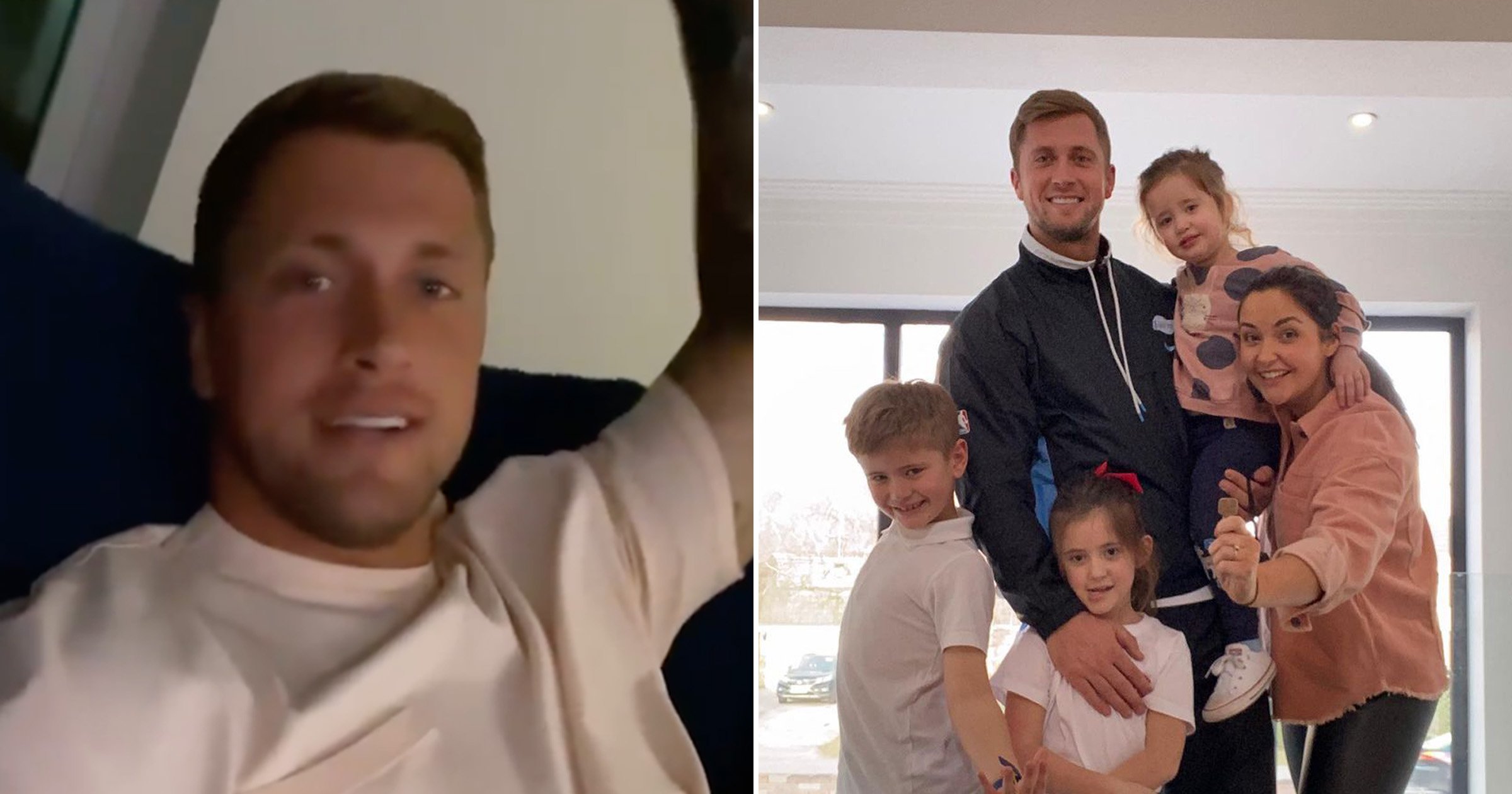 Former The Only Way is Essex star Dan Osborne has tried to shut down negative reactions to his views on the coronavirus vaccine, revealing he now felt ‘nervous’ and was worried about getting ‘jumped’.

All three types of Covid vaccine on offer in the UK have passed strict standards of safety, quality and effectiveness set out by the Medicines and Healthcare products Regulatory Agency (MHRA).

On the NHS website, it stresses that the vaccine is ‘safe and effective’ and that ‘it gives you the best protection against Covid-19’.

The country has passed yet another milestone in its vaccine roll-out with 40million people now having had at least one jab.

Dan’s comments come in the wake of him sharing his opinion on the Covid-19 vaccination programme as he flew back from Portugal at the weekend, when he announced: ‘Personally, that s*** ain’t even going in me, let alone my kids.’

Talking to his Instagram Stories once more, the 29-year-old tried to stem the stream of responses that were clearly coming in as fans reacted to his views.

In a clip he captioned: ‘You lot making me nervous’, with a laugh crying emoji, the father of two was keen to change the topic.

‘Look guys, can we just talk about something else now? I ain’t looking to get jumped by the Covid f***ing army.

The TV personality, who is married to former Queen of the I’m A Celebrity…Get Me Out Of Here! jungle Jacqueline Jossa, was happy to agree that he had no medical qualifications to back up his point of view.

‘I’ve had a few messages from people saying, “What do you know, you’re just some pr*** from Towie?” Alright, you’ve got a point,’ he conceded.

But wrapping up the topic of conversation as he waited for his dinner, Dan finished: ‘I’m not talking about it anymore. Stop!’

He then shared a snap of himself with a bottle of lager, joking: ‘All these DMs have drove [sic] me to the beers.’

However, he couldn’t resist another sly dig at the Covid jab, writing next to his beer: ‘These are bad for you too.’

Dan was out in Portugal on holiday with his family, including ex EastEnders star Jacqueline and their two daughters Ella, six, and two-year-old Mia, but he chose to fly home early in order to watch his seven-year-old son Teddy in a football match on Sunday.

In a video he shared over the weekend, acquired by The Sun, Dan began a rant against the government’s traffic light system for testing and travel, claiming it was the government ‘taking away our freedom’ and that it was ‘all about money’.

‘I’ve said it from day one. People are going to have a go at me – I think the whole thing is about money. The whole damn thing.’

In the wake of the news that the government hopes to offer 12 to15-year-olds the vaccination by the second half of August, now the Pfizer jab has been approved for the age group, Dan also claimed to have had ‘thousands’ of messages from people asking what he thought, to which he responded: ‘Personally that s*** ain’t even going in me, let alone my kids.’

He called on people to ‘do your research’, arguing that ‘it’s not good’.

Dr June Raine, chief executive of the MHRA, has said there should be ‘real confidence’ in the rigour of scientists’ approval.

Speaking on the Andrew Marr Show in December, she continued: ‘I would really like to emphasise that the highest standards of scrutiny, of safety and of effectiveness and quality have been met – international standards.

Dan Osborne 'nervous' about being 'jumped' after criticising Covid vaccine

Which celebrities are in Portugal as country is removed from green list?

‘More than that, our Commission on Human Medicines has scrutinised every piece of data too, so there should be no doubt whatever that this is a very safe and highly effective vaccine.’

Earlier this year, Dan and Jacqueline got into hot water over their lockdown-breaking eight-hour round trip to visit their new Rottweiler puppy.

MORE : Dan Osborne picks up huge guard dog he and Jacqueline Jossa visited during lockdown as a puppy

A sports presenter, a singer, and a Chinese talent show star from Wales: The secret celebs who found fame by quitting the UK

The Masked Dancer UK: Davina McCall jokes she’s in a ‘plunge-off’ with Amanda Holden over outfits