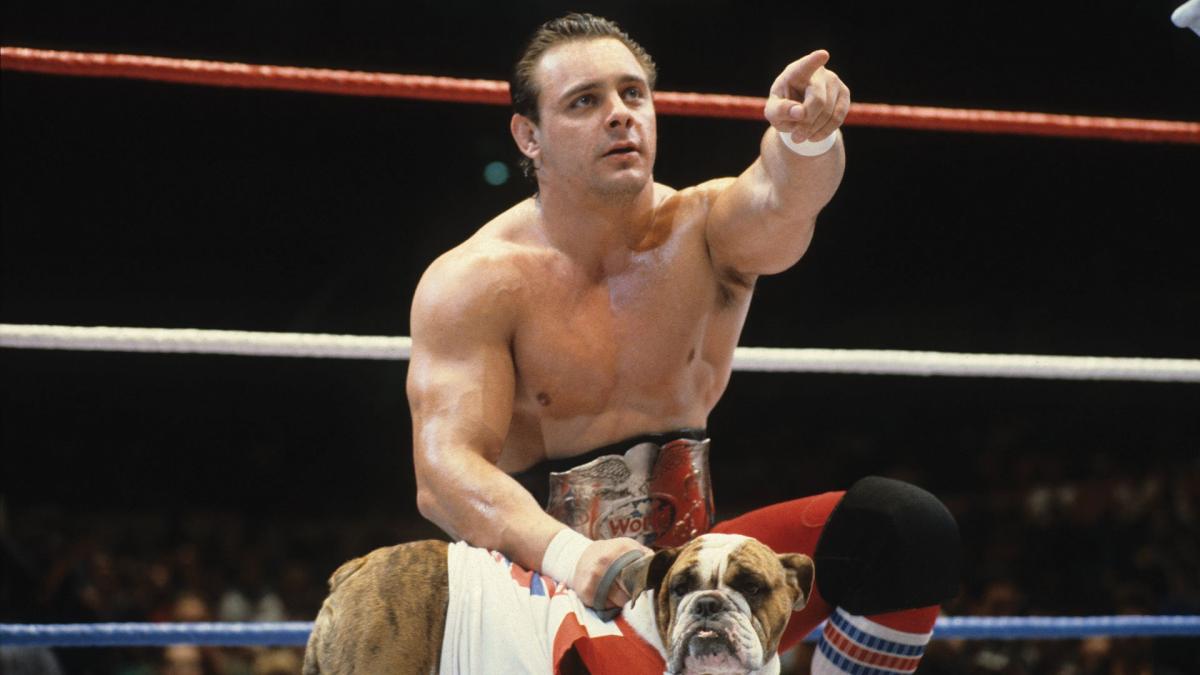 Dark Side of the Ring ended its current run with a look at Dynamite Kid as his ex-wife Michelle Smadu recounted a harrowing tale from the end of their marriage.

In the documentary, it was detailed that the late WWE wrestler – who died in 2018 – had destroyed his body through steroid abuse, injuries, painkillers and a hard hitting in-ring style to make himself stand ‘in the land of the giants’.

Michelle – who urged people not to judge her husband during this week’s episode – recalled him coming home in 1991 with a bloody face, scaring their kids before she told Dynamite (real name is Tom Billington) to leave and return to England.

She explained she was pregnant at the time and didn’t want to bring another child into their world.

However, Tom – who had a son and daughter with Michelle at the time, before she gave birth to another baby girl – reacted badly to her ultimatum and starting dragging her by her hair.

‘Lost his mind, he had me in some kind of hold and my jaw went,’ she recalled. ‘The kids were there. They had never seen anything like this. They were crying.

Michelle remembered the children being ‘hysterical’ as she tried to remain calm and ‘call his bluff’, even as he held the gun.

‘They’re hysterical. I’m not though because I’m calling his bluff. Like, “No you’re not blowing my head off. If you won’t leave, I’m calling the police”. I called the police,’ she added.

‘And I said, “My husband’s threatening to blow my head off and I’m pregnant and I have children”. She goes, “Well honey, if he said you could leave, just leave!”

‘Oh God. I was like, not again. I didn’t wanna go to Bret and Julies because I didn’t wanna bring our bulls**t over there again. but I did. I packed up our things and left.’

The couple got divorce the same year, and Billington went onto marry his second wife Dot in 1997, who died the same year he did, 21 years later.

*Dark Side of the Ring airs on Vice TV. The first two series are available to stream on All 4.

Who plays Churchill in The Crown?