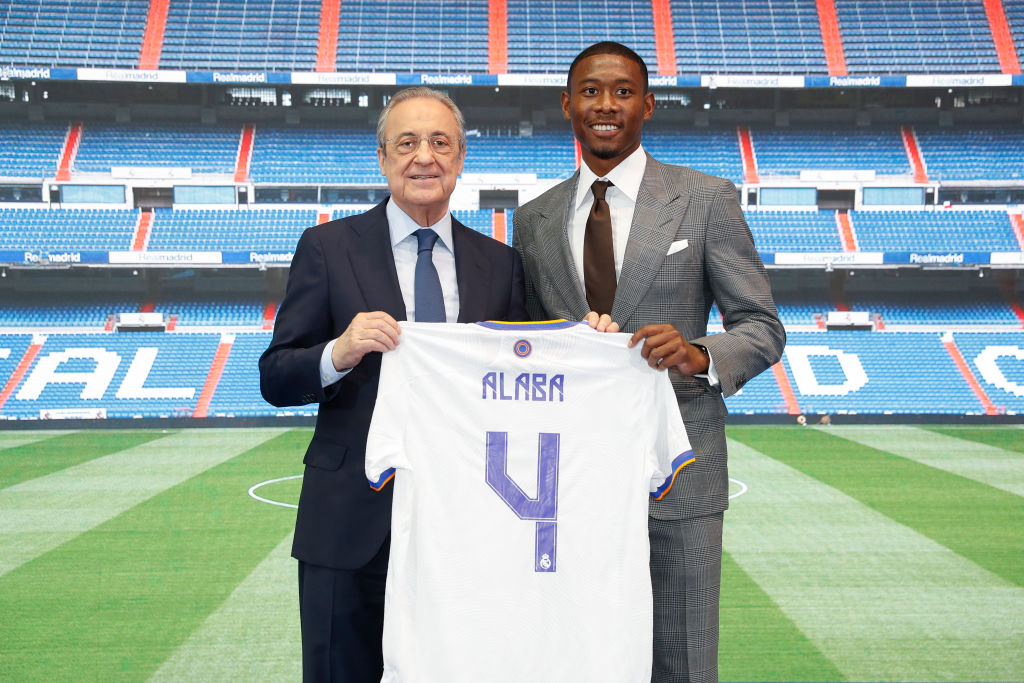 Real Madrid new boy David Alaba will wear the iconic no.4 shirt at the Bernabeu, which was previously worn by club captain Sergio Ramos before his messy departure from the club.

Alaba, 28, joined Madrid on a free transfer earlier this summer after a decade with Bayern Munich.

The Austrian was signed as a replacement for Ramos, who left the club at the end of last season to join Paris Saint-Germain.

Ramos was keen on staying at the Bernabeu but a misunderstanding over the club’s contract proposal to the defender resulted in him leaving after 14 years in the Spanish capital.

The Spaniard’s exit leaves a power vacuum at the club but Carlo Ancelotti is hopeful that Alaba can fill the void.

And Madrid have given the Austrian a confidence boost by handing him the no.4 shirt previously worn by Ramos, in a significant sign of the club’s faith in the Austrian.

Madrid retain hope that they can pair Alaba with Raphael Varane but Manchester United are keen on signing the Frenchman.

Varane has just 12 months to run on his contract and Madrid are keen for him to sign an extension.

But progress in negotiations has been slow, raising fears within the club that Varane could leave on a free transfer in 2022 rather than extend his deal.

The club are in financial disarray and cannot afford for Varane to leave for nothing and will therefore cash in this summer should he clarify once and for all that he does not want to stay.